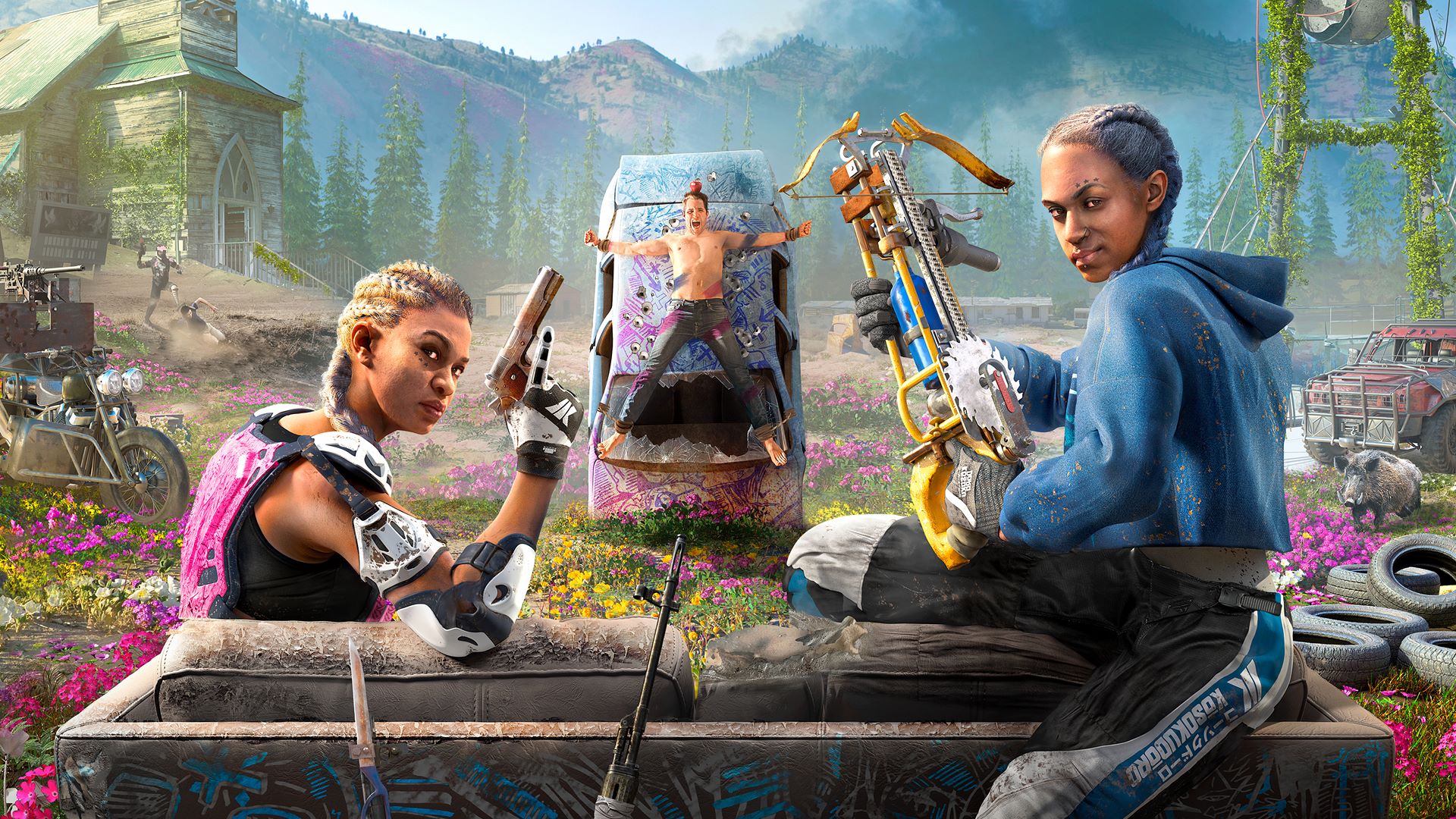 After teasing an announcement the day before The Game Awards, Ubisoft officially announced Far Cry New Dawn, a standalone entry in the series during the show today. It has been given a February 15 release date and will launch on the PS4, Xbox One and PC for $69.95.

Set seventeen years after the events of Far Cry 5, New Dawn sees players come up against the Highwaymen and their oppressive leaders, twins Mickey and Lou, in a new look post-apocalyptic Hope County brimming with colour.

Players will be able to call on and train a wide range of characters to assist their resistance efforts, as well as craft a host of weapons and vehicles. All of this will be done at the Homebase – known as Prosperity, which can also be upgraded and will offer more powerful weaponry as a result.

In this article:Far Cry, far cry new dawn, is this rage 2, Ubisoft