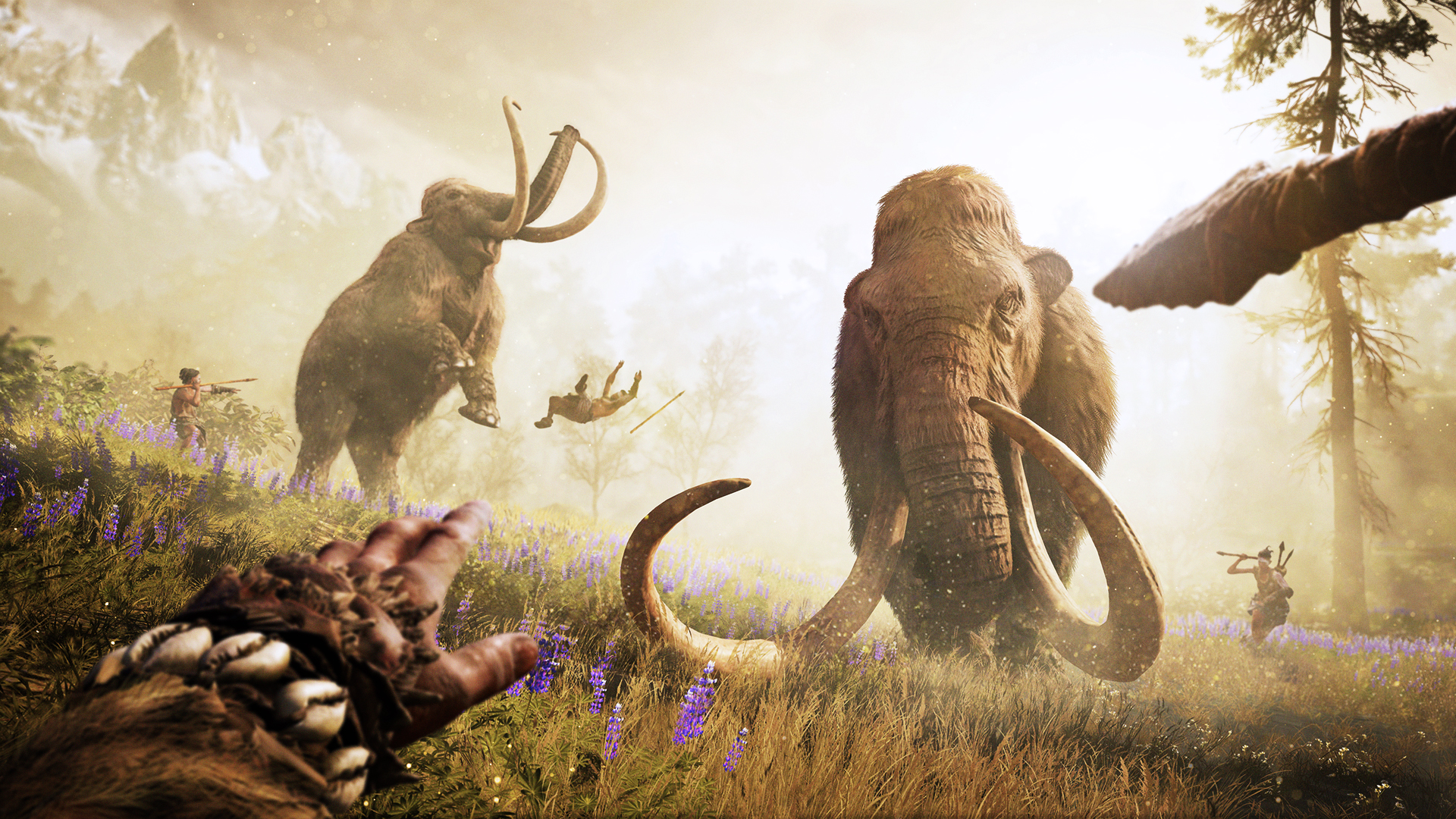 Today, Ubisoft announced that Far Cry Primal, the next exciting installment of the critically acclaimed Far Cry franchise, where sabre-toothed tigers and woolly mammoths rule the world, is now available worldwide on PlayStation 4 and Xbox One. Far Cry Primal brings its innovative open world sandbox gameplay to a time of extreme danger and limitless adventure, featuring the fight to climb to the top of the food chain. Far Cry Primal will release on March 1 for PC.

Developed by Ubisoft Montreal, Far Cry Primal is set in the majestic land of Oros in 10,000 BC, the first frontier of man. Playing as Takkar, a seasoned hunter and the last surviving member of his hunting group, gamers will take on the savage Stone Age. In order to find, rescue and protect the scattered members of his Wenja tribe, Takkar must craft a deadly arsenal, fend off fierce predators and outsmart enemy tribes to become the apex predator.

A range of weapons are at Takkar’s disposal, including the deadly double-bow, bee bombs, and fire. In addition to these, Takkar’s special ability to tame and command wild beasts empowers gamers to tame predators they find in the open world and use them as tools and weapons. Animals like the owl or the infamous honey badger can be summoned at any moment to take down enemies, scout the area or act as a distraction during battle and hunts. With these constant companions fighting at the player’s side, the Wenja can flourish despite the fierce nature of Oros and its inhabitants.

For everything Far Cry Primal and more, stay tuned to Do You Even Game Bro?