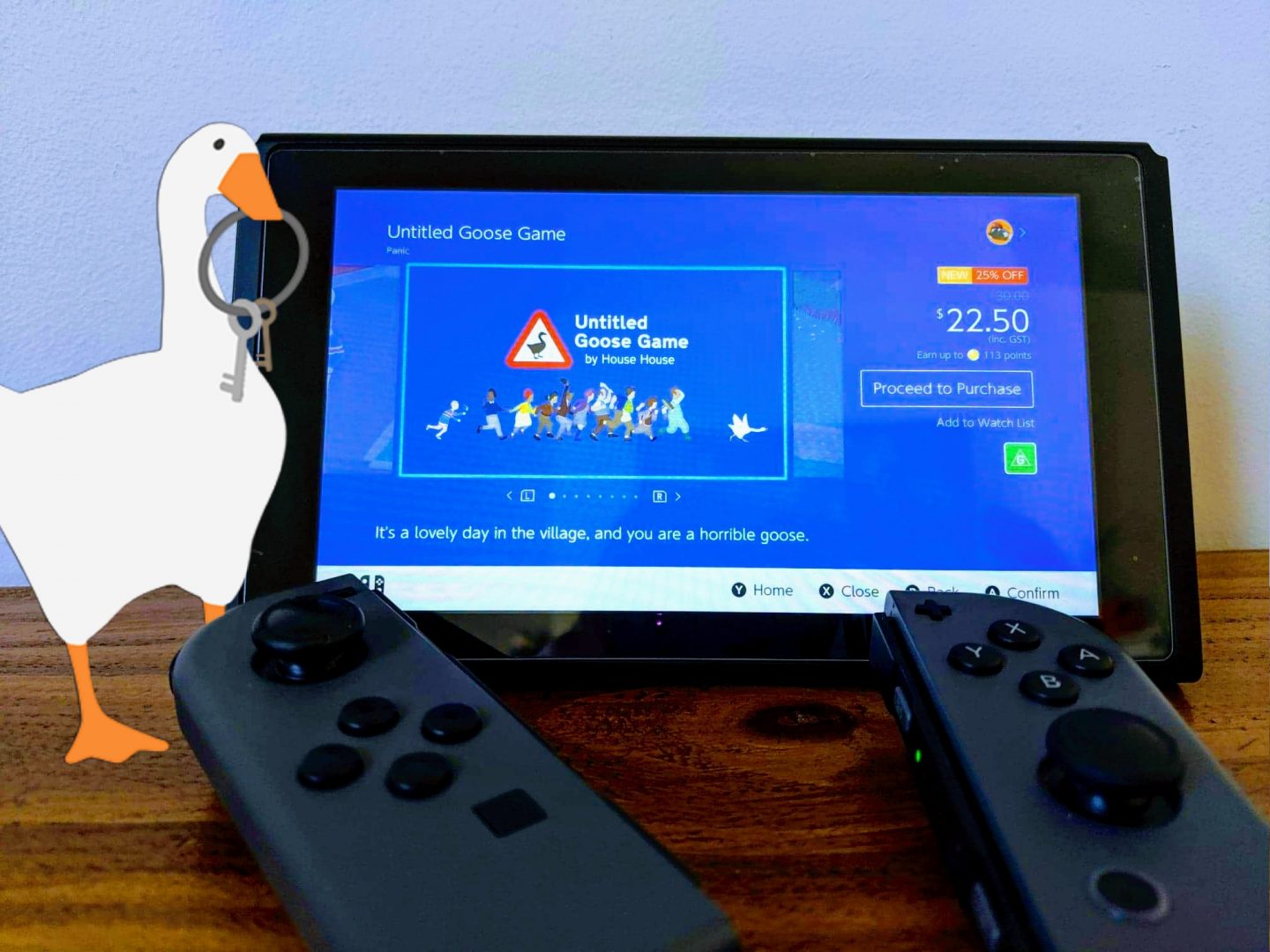 First unveiled almost exactly two years ago, the Push Me Pull You developer’s next big thing has easily remained one of the most anticipated indie releases of 2019, and it’s finally here. To celebrate the launch, Untitled Goose Game is also going for a cool 25% off on the eShop, bringing it down to $22.50 AUD as opposed to the regular $30 AUD. So what are you waiting for?

Oh, you’re waiting for reviews? Unfortunately the game’s review embargo doesn’t break off until 2am AEST tomorrow, 21/9. You can thank global time differences for that one. Rest assured though, that our review for the game will go live once that embargo drops and you’ll be able to see whether or not we think Untitled Goose Game will make House House a house household name.

Alternatively, take advantage of that sweet discount and grab the game now on the Nintendo Switch, or if you’re more PC-inclined it should be available soon on the Epic Games Store (see tweet below). Either way, it’s about time to get your naughty goose on!

On the Epic Games Store, it will release all at once, at 9am PST, on September 20th.https://t.co/iYvvpXGgDk