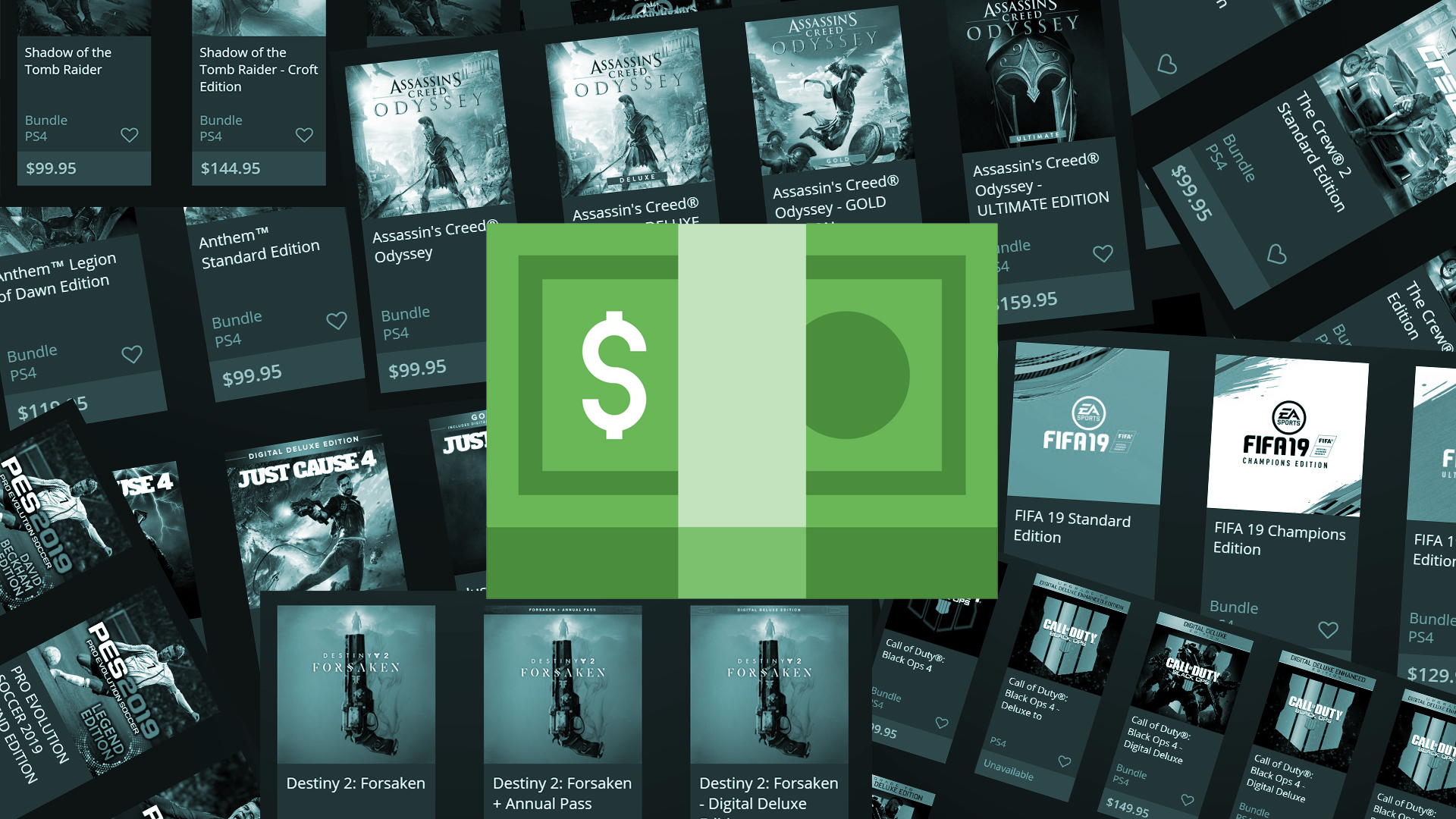 As the behemoth gaming trade show and all-around spectacle that is E3 wraps up for another year and gamers the world over revert to their normal sleeping patterns, it’s always interesting to observe the fallout. While many of us fans have spent the past few days weighing in on who we thought ‘won’ the show, what games caught our attention and what games we wished we’d seen, the people responsible for the biggest titles have started to make one thing clear. It’s pre-order season, baby. Because as much as E3 is an event to celebrate games and gaming culture, its just as much a global stage where publishers and developers have free reign to peddle their wares. While there’s nothing inherently wrong with this – games need to make money to exist after all – it seems like every year publishers are more and more intent on squeezing every last cent out of hungry fans. In the wake of consumer backlash towards ‘loot box’ mechanics, games on this year’s E3 stage have been under increased scrutiny as far as microtransactions and DLC delivery are concerned, but one especially annoying practice continues to go unchecked and seems like it’s hitting peak bullshittery in 2018. I’m talking, of course, about the ridiculous pre-order editions of upcoming games currently being spruiked in our retail and digital stores.

Browse the PlayStation 4 or Xbox One digital stores right now and you’ll start to see a lot of the big titles announced in the last few months being made available as pre-orders. Ignoring the fact that digitally pre-ordering a game months in advance is a weird as fuck practice in the first place, one thing that’s clear at a glance is that almost every game has at least one variety of ‘digital deluxe’ or ‘special’ edition on offer. These editions promise various things; extra launch DLC, season passes, digital soundtracks and the like. It surprises exactly nobody that publishers would want to entice fans to fork out for a game and season pass from day one, but when some games are offering as many as five digital pre-order editions this year it quickly becomes obvious that they’re just not happy with the established AAA price point any more. At the time of writing, most of the year’s big hitters are listed on the PSN digital store at a $99.95 price point in their standard flavours, but getting the ‘full experience’ for some of these can cost as much as $189.95. For a digital game. That’s before we even begin to explore the litany of limited edition SKUs available at retail, which I’m going to leave for another day (save for one stand-out example). For now, let’s take a look at some of the worst offenders of the moment:

Shadow of the Tomb Raider

This one’s pretty standard practice as far as these things go. Shadow of the Tomb Raider currently has three versions available for digital pre-order: there’s the standard game at $99.95, the digital deluxe edition at $114.95 and the ‘Croft Edition’ which goes for $144.95. The digital deluxe version of the game comes with a fairly tame assortment of digital goodies for your extra $15, things like in-game boosters and a soundtrack, and the Croft Edition tacks on that all-important season pass. Annoyingly, the season pass isn’t currently listed separately meaning there’s no information about what’s in it or what value you’re getting by pre-ordering it in a bundle with the base game, but that’s not the worst thing here. Both the digital deluxe and Croft Editions of Shadow of the Tomb Raider attempt to entice punters with ’48-hour early access’ to the game, meaning it’ll be available to start playing two days before anyone else. What’s pitched as ‘early access’ to premium users though, is really just an extra two days wait for those who refuse to fork out the extra. If the game is ready, it’s ready, so segmenting the launch for fans this way is super lame.

This one gets a nod almost purely because of the eye-watering price on that ‘Digital Deluxe Enhanced’ edition, which goes for a whopping $189.95. What do you get for almost 200 dollarydoos in this version of Black Ops 4? Pretty much exactly what you get with the regular Deluxe Edition: the game, the season pass, some nondescript ‘bonus items’ and a bunch of in-game currency. The Deluxe version comes with 2400 ‘Call of Duty Points’ while the Deluxe Enhanced one comes with 8500, but that’s the only discernible difference, and what does that even mean? What can those extra points get me that would convince me to spend that exorbitant amount, to the point where the PSN store even offers post-sale upgrade options for anyone that changes their mind about just how deluxe they want their pre-order of CODBLOPS4 to be? I hate this.

I hope you’re ready to spend $114.95 on a pre-order for some DLC because that’s something you can do in 2018. As if Destiny 2 fans didn’t already have enough to be upset about, here’s comes Activision with more of the same ‘Digital Deluxe’ shit that they just pulled one paragraph up. Any pre-order of the $59.95 Forsaken expansion for Destiny 2 nets you a collection of in-game bonus items called ‘Cayde’s Exotic Stash’, but bump that figure up to $99.95 if you want to tack on a bunch of mystery future content in the ‘Annual Pass’ version. That ‘Digital Deluxe’ edition gives you the same plus another pack of in-game things in the “Awoken Legend Set”. I did mention this is all just for one expansion, right?

Here’s where I break away from featuring only the digital pre-order crap that offends me. I’m doing this because I feel a pressing need to point out that there are nine versions of Assassin’s Creed Odyssey currently available to pre-order in total. Of those nine, four are available digitally and come with varying levels of DLC included plus that gross two-day early access bullshit again. Add to that three different versions of a collector’s edition with various overpriced statues included (and one particular $160 CE doesn’t even come with the season pass) plus a further two retailer-exclusive SKUs that are essentially just fancier covers. Why is buying just one game so horribly complicated? Does Ubisoft take the Assassin’s Creed fanbase for granted so much that they’ll just throw as much cheap junk as possible at them and hope that they’ll all open up their wallets to catch it?

These are just a few of the more egregious examples that I came across of an industry practice that probably doesn’t hurt anyone other than people with more money than sense, but is indicative of quite a few of the issues present in the AAA space. Inflating development costs and an outdated pricing model have lead publishers to more than a few nefarious avenues for profit, things like microtransactions and loot boxes, and this is just another one of those. ‘Vote with your wallet’ and all that of course, but it’s clear that publishers, developers and distributors basically just want to charge us more for our games. Perhaps they should, or should at least open a dialogue, instead of relying on the most rabid of their fans to go all-in on what amounts to future landfill in the hopes of maximising their gains.