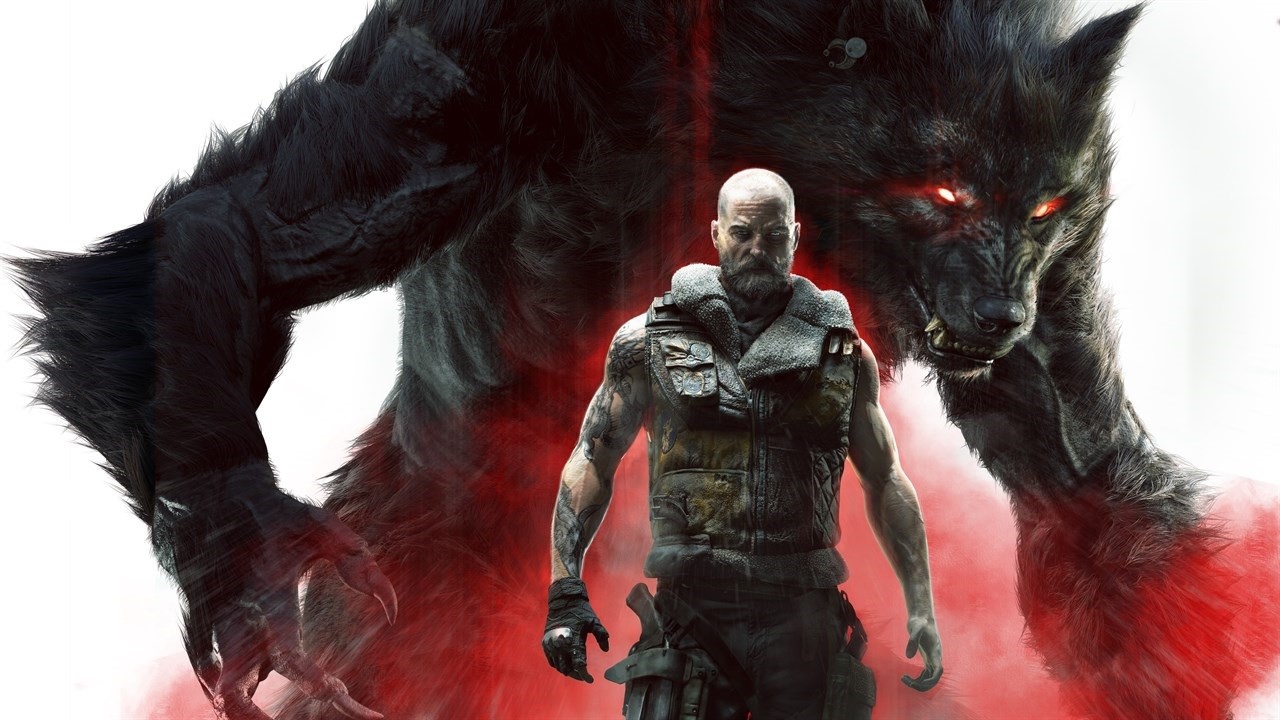 Ecoterrorism and lycanthropy is so often a combination disregarded in popular media, but if you’ve between waiting patiently for the unholy union of these two concepts then Cyanide’s Werewolf: The Apocalypse – Earthblood may finally sate that hunger. While the title of the game is a bit of a mouthful, W:TA – EB (let’s just call it Werewolf, shall we?) is a fairly enjoyable third-person action game that wears its AA jank on its sleeve with pride. It may not have the production values of a modern blockbuster, but it’s got enough interesting ideas to make it compelling despite falling victim to repetition.

Werewolf takes place on current day Earth; much like right now, greedy corporations continue to plunder the planet’s resources and ambivalent humans continue to let them. The balance between the creative forces of nature (called the Wyld) and the destructive forces of decay and corruption (known as the Wyrm) has been heavily skewed towards the latter by an uncaring populace fuelled by the desire to consume at all costs. So who goes into bat for Mother Earth when she’s under attack? Werewolves. That’s who. You play as Cahal, a werewolf creature of the Wyld who serves Gaia along with his pack, undermining corporations that threaten to poison the planet past the point of no return. They’re basically like Captain Planet’s Planeteers, but instead of asking you to recycle they’re tearing you in half because you work for a shady corporation.

Despite the strangeness of the game’s central lore, the tone shoots for serious drama, but often ends up unintentionally camp. But it kind of just…works. I do wish the game had leaned more on its more bizarre aspects like a giant talking tree spirit with a non-descript pile of branches for a head called Yfen, rather than insisting on interpersonal drama, but as a whole I think the game’s premise has promise, even if the execution is a bit po-faced. Also, Cahal looks a lot like Captain Soap McTavish, and I’m fine with that. While the narrative drags on a bit and descends into a moderately tedious cat and mouse chase towards the end as you track down the game’s big bad, I was compelled to see where Cahal’s journey would take him. Some of the bog-standard objectives like ‘get the explosives to blow up these four doodads’ could probably have been made a bit more interesting from a narrative perspective, and as a side note this is the first time I’ve heard of liquid propane gas (which of course needs to be blown up), despite having a PhD in organic chemistry.

Gameplay-wise Werewolf is predominantly a third-person action game, and while there are some exploration sections where you can talk to characters or just chill out with big Yfen, the vast bulk of the game has you oscillating between optional stealth and all-out assault. The stealth is a bit take it or leave it given Cahal’s limited moveset, but silently taking out enemies and sabotaging their equipment can be a way to even up the fight, or even avoid front-on combat all together. It bears mentioning that the enemy AI is as dumb as a poorly educated box of rocks, and they’ll often just stare blankly at walls and practically invite you to snap their necks.

The Crinos form melee combat is clearly where a lot of the game’s development was focused, and it’s easily the best thing the game has to offer, going a long way to making you feel like a savage killing machine

I often lacked the patience to stealthily take out a group of soldiers, and I much preferred the all-out assault option. As soon as a guard confirms your presence, Cahal will morph from his human form into his Crinos (a fancy word for lycanthrope) form, and it’s time to throw down. The Crinos form melee combat is clearly where a lot of the game’s development was focused, and it’s easily the best thing the game has to offer, going a long way to making you feel like a savage killing machine. It also has enough depth that it remains engaging despite repetitive environments and encounters, but individual mileage will very likely vary. You’ve got an agile and heavy form that can be swapped out at will which give you access to different special moves and differ in how much damage you receive, how fast you move, and how much Rage you build up. Rage is essential to access your key abilities like healing, and you’ll simultaneously build up Fury which allows you to go into Frenzy mode and become faster and more powerful for a short duration. A fairly simple UI with a couple of meters allows you to fairly easily keep track of these things amongst the relative chaos of dozens of guards and mechs descending upon you. Feeding into all this is an RPG-style upgrade system whereby Spirit Points gained from completing objectives and interacting with certain objects can be spent on new abilities or buffing current ones or certain stats. It’s certainly not revolutionary, but the benefits you get from upgrading your favourite moves are tangible so they’re worth pursuing.

Enemy variety takes a while to open up and difficulty is a little on the forgiving side for the bulk of the journey (playing on Hard), but once new enemies and harder enemy combos in greater numbers make an appearance some strategy is required to navigate an encounter alive. I also really enjoyed some of the boss designs, both from a visual and mechanical perspective. Some are just fairly simple ‘hack away at the bullet (claw?) sponge until they die’ affairs, others require you pay attention to movesets and be a bit more cunning. I do wish the wolf form that Cahal can enter at will during exploration was better utilised, such as some wolf-specific stealth takedowns, but as it is it’s essentially a means of slinking through air ducts (whose frequency and placement make the Death Star’s exhaust ports look like a the work of engineering genius) and traversing the environments slightly faster.

Cahal calmly explains what’s about to go down

While I like some of the visual design (particularly the werewolves themselves, and Yfen of course), there is no mistaking that this is a game made by a small studio on a relatively tight budget. Animations are extremely stiff, general character models are bland, and all the human enemies have creepy lifeless eyes that look like they’ve seen some shit. Environments also tend to only vary slightly, and once you’ve seen one industrial complex you’ve kind of seen them all. The biomes do change a little bit which gives the game some much needed visual variety, but don’t expect to be blown away by the general visuals. Combat fares better in terms of looking and feeling visceral, but I wish the killing animations had received a little more love. As it stands it’s often hard to tell exactly how you are brutalising an enemy, despite the fact you can tell from their screams they’re definitely having a bad time. The non-distinct animations are especially evident in the final kill cam, which would have been a great opportunity to showcase a classic ‘guard torn directly in half’ moment or a MacGruber-style throat tear, but instead they just look a little awkward.

I’d be remiss in not mentioning the sound design, which I quite enjoyed. It may be because I am addicted to djent, or that Kiwi legends Alien Weaponry lend their phenomenal sound to the game, but when a fight breaks out and the distorted guitars start chugging I am 100% there. Voice acting is also quite decent, although the overly serious script they have to work with was always going to be a tall order to execute with conviction.

I’m widely known as the AAA fiend at WellPlayed, but I’m starting to see that the AA world has a lot to offer. If you peer behind the jank and forgive some of the basic visuals, there’s a good time to be had with Werewolf. It’s got small echoes of Vampyr to it, and if you liked that game then this title may just have what you need. I think if the game had been a little more self aware in regards to some of its silliness rather than aiming for high drama it would have been more successful, but it’s certainly one of the better games about ecoterrorist werewolves I can recall. 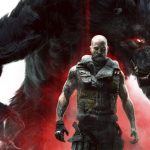 Werewolf: The Apocalypse – Earthblood Review
Captain Planet, Werewolf Style
This third-person action game is a little rough around the edges and tries a little too hard to be serious, but its premise and combat is compelling enough to get the job done
The Good
Combat is fast-paced and visceral
Some well conceived bosses
Ecoterrorist werewolves are a novel concept
Alien Weaponry on the soundtrack. It's a yes from me
Yfen <3
The Bad
Environments become a little bland and repetitive
Tone tries too hard to be serious
Non-descript kill animations pull you out of the action
Stealth is a little basic and not as fun as frontal assault
7
Good

Werewolf: The Apocalypse – Earthblood Review
Captain Planet, Werewolf Style
This third-person action game is a little rough around the edges and tries a little too hard to be serious, but its premise and combat is compelling enough to get the job done
The Good
Combat is fast-paced and visceral
Some well conceived bosses
Ecoterrorist werewolves are a novel concept
Alien Weaponry on the soundtrack. It's a yes from me
Yfen <3
The Bad
Environments become a little bland and repetitive
Tone tries too hard to be serious
Non-descript kill animations pull you out of the action
Stealth is a little basic and not as fun as frontal assault
7
Good
In this article:cahal, cyanide, lycanthrope, Nacon, werewolf the apocalypse earthblood, yfen