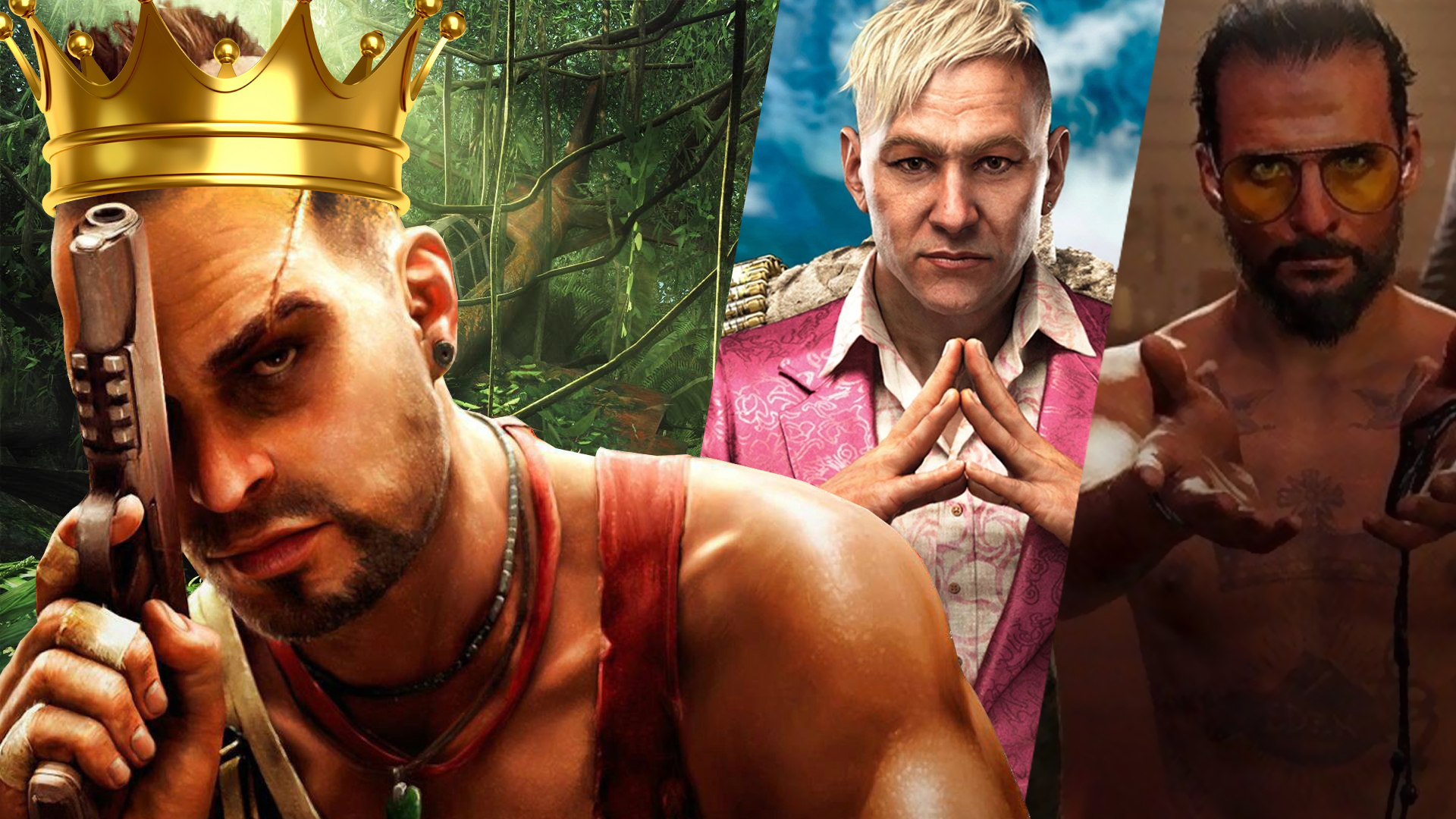 In just over a week from now, we will be getting our hands on Far Cry New Dawn, the latest Far Cry release that serves as a sequel to Far Cry 5. Whilst I am undoubtedly excited for Far Cry New Dawn, it’s excitement mixed with a very healthy dose of trepidation.

I was amped for Far Cry 5 when it released in early 2018, with the American setting featuring the savage Project at Eden’s Gate cult led by the Seed family being the biggest drawcards for myself personally. However, my playthrough of Far Cry 5 was marred by an overwhelming feeling of disappointment, with the lack of innovation in the gameplay loop and the absence of strong antagonists to strengthen the narrative. This feeling of sadness that loomed over me throughout my playthrough felt familiar, like I had experienced it before. Then I realised, the last time I felt this was when Far Cry 4 released.

Remembering that I had this same feeling while playing through Far Cry 4 made me realise something that I’d never considered before – Since Far Cry 3 released, each subsequent title has failed to live up to its predecessor. My enjoyment of the titles is suffering a slow and agonising death.

There is no doubt that the Far Cry games are good games, great games even (ignoring Far Cry Vengeance as well as the Far Cry Instincts games), but no game in the series in my opinion at least, has managed to be able to hold a candle to Far Cry 3 since it released in late 2012. ]

In fact, it can also be argued that every Far Cry release since Far Cry 3 has been slightly less great than the last. The games are still great experiences, but each following release seems to not be as revered as the last. Whether it be franchise fatigue or the fact that each Far Cry game post Far Cry 3 has struggled with certain gameplay and narrative elements, it seems that the Far Cry series hasn’t been able to do anything significantly in the past seven years.

Although this is just my opinion I decided to do some research, and to my surprise, there is evidence that supports my theory. I decided to turn a blind eye to spin-offs such as Far Cry 3: Blood Dragon and Far Cry Primal in this analysis as they stray from the established formula that the numbered entries in the franchise have followed from Far Cry 3 onwards. Yes, the upcoming Far Cry New Dawn is technically a spin-off entry in the series, but the fact that it is set in the modern era with traditional guns is built in the same mould as the core Far Cry titles means that it may also follow this unwanted pattern.

Far Cry New Dawn looks refreshing, yet I can’t help but feel anxious about it

Metacritic posed as an ideal platform test out my theory, and in order to keep it fair, I used the Metascores on the platform I played the game on. Far Cry 3 was played on PlayStation 3, while Far Cry 4 and Far Cry 5 were both played through on PlayStation 4.

Far Cry 3 which is regarded by the majority as being the best entry in the series sits on an enviable 90 on Metacritic, backed up by an excellent User Score of 8.5. Far Cry 3’s tropical island setting, alongside its brilliant gameplay and engrossing narrative littered with interesting characters make it undoubtedly the best title in the series. It set the benchmark for the series and established the formula that following titles still utilise to this day.

Vaas was also the greatest antagonist in the series, succeeding in being a villain you hated but couldn’t help but be entertained by. Protagonist Jason Brody’s descent from an innocent scared little man to a legendary Rakyat warrior is particularly engaging, and the narrative remains gripping throughout the game’s duration.

After the commercial and critical success of Far Cry 3, Far Cry 4 had big shoes to fill, and although it didn’t reach the same heights as its predecessor, it still scored a brilliant 85 on Metacritic with a User Score of 7.7. Far Cry 4 put players in the shoes of Ajay Ghale, who returns home to the Himalayan country of Kyrat to fulfil his mother’s dying wish of having her ashes scattered alongside her deceased daughter Lakshmana. The gameplay of Far Cry is essentially that of Far Cry 3, with additional things to tinker with. Introduced were items such as the grappling hook, as well as new vehicles such as the Gyrocopter, which aided in traversing the Himalayan landscape, which obviously had much more verticality in its design when compared to the tropical island locale of Far Cry 3.

Pagan Min is excellent when on show, but he is criminally underutilised, leading to him being nowhere near as good as Vaas. Ajay Ghale also fails to be an interesting protagonist, instead coming off as stale and uninteresting, which causes the narrative to never reach the heights of Far Cry 3. Being able to choose to side with Amita or Sabal throughout the game is an interesting concept however. Far Cry 4 in short was great, just not as great as Far Cry 3.

Far Cry 4 was good, but a weak protagonist and an underutilised antagonist let it down severely

Far Cry 5 released in March 2018, almost 4 years after Far Cry 4’s release in November 2014, and it seemed that Far Cry 5 was going to shake things up a little. It was the first Far Cry not to take place in an exotic locale, instead taking place in Hope County, a fictional area in Montana that centred on a crazy religious cult. Far Cry 5 managed an 81 on Metacritic, alongside a User Score of 6.8, making it the least popular critically of the last three mainline titles.

Far Cry 5 yet again felt much like Far Cry 4, which borrowed plenty from Far Cry 3, meaning those who had played each game up until this point had essentially seen all the punches that Far Cry 5 was ready to throw. The gameplay was still undoubtedly solid, but the same systems led to the game feeling rather uninventive. Still enjoyable nonetheless, but not as enjoyable as it once was.

Far Cry 5’s narrative is also easily the weakest, with the cult leader Joseph Seed and his siblings not offering anywhere near as much as Pagan Min and Vaas did before them. The decision to have Far Cry 5’s protagonist be created by the character also wasn’t a great idea, as it failed to give the protagonist a voice and presence in the narrative. Far Cry 5 was still a fun game, but its narrative shortcomings alongside a lack of improvements over Far Cry 4 made it a game that long-time fans of the series had a hard time making a case for.

What can be gathered from the scores of each game is that the lack of innovation in each sequel is slowly but surely hurting the franchise. Far Cry 3 was amazing, but the fact that Far Cry 5 still borrows so heavily from the framework of Far Cry 3 is leading to games that despite having new locations and characters to meet, feel wholly the same.

Far Cry is probably in need of a reboot

Whether it be franchise fatigue or a drop off in quality, these scores lead me to believe that the series is in need of a revamp, similar to Ubisoft’s other core franchise Assassin’s Creed. Assassin’s Creed is a series that gained notoriety for yearly releases that despite being good for a while, led to a distinct decline in quality and caused fans of the series to turn away in droves.

After releasing a core Assassin’s Creed title yearly from 2009 to 2015, Ubisoft took a year off, sinking more development time in to 2017’s Assassin’s Creed Origins, a game seen as a return to form for the franchise with a new action RPG focus that breathed new life into the series. Ubisoft ultimately returned to the yearly release cycle, but the time off allowed them to rebuild Assassin’s Creed in a way that reinvigorated the franchise, being enjoyable to hardcore series fans, as well as those who had never dipped their toe into the series.

Far Cry has never been on the stringent dev cycle that the Assassin’s Creed series has been, but it can be argued that the series may need a hiatus after Far Cry New Dawn if the game fails to earn as much praise as prior entries in the series. The game needn’t be as good as Far Cry 3, but what it needs to do is something new that separates itself from what is quickly becoming an abused and tiring formula.

At the end of the day, this is why I can’t help but await the release of Far Cry New Dawn with bated breath. I’m hopeful that the game can take the established gameplay of the series and implement new and intriguing mechanics that differentiate it from prior entries, and I have high hopes that the new antagonists known as the Twins will be well written characters that I’ll feel the need to take down. Even Joseph Seed has a chance to redeem himself as an interesting character, as he features in the narrative of New Dawn. For now though, we’ll just have to wait see if Far Cry New Dawn can breathe much needed life in to the Far Cry series, and for myself as a huge fan of the series, I truly hope it bucks the trend.