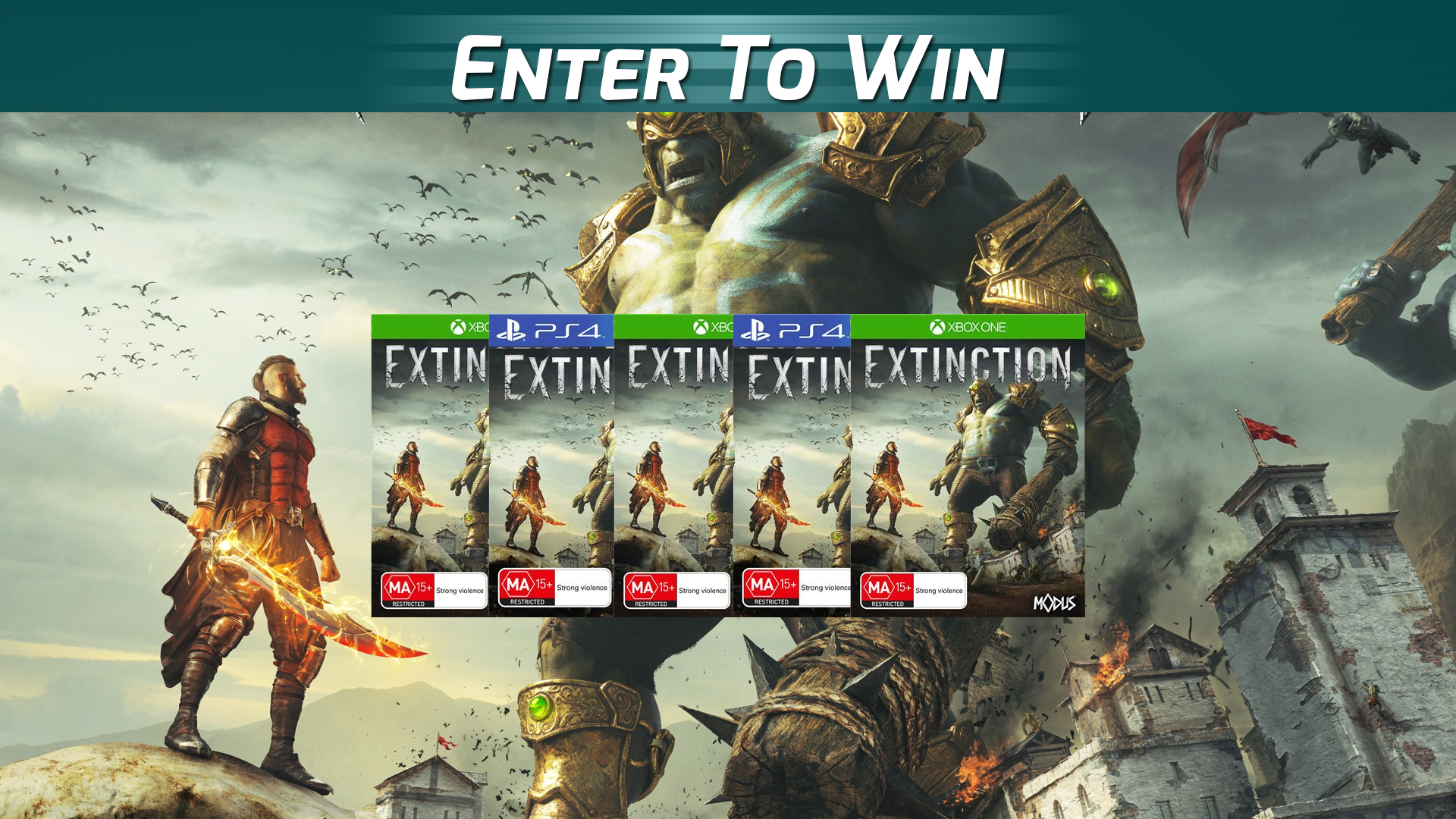 To celebrate the upcoming launch of the fast-paced, giant ogre slaying game Extinction, the good people at Modus Games and Turn Left Distribution have given us five game codes for either PS4 or Xbox One to giveaway to you fine folk.

In the words of the game’s Executive Producer, Derek Neal, “Extinction is a game about two things: slaying giant monsters, and protecting as many people as possible.” It puts players in the boots of Avil, the last remaining member of an ancient order known as The Sentinels, who thanks to his training is tasked with saving the Kingdom of Dolorum from extinction, as the threat of the Ravenii army threatens their very existence.

But let’s get to the reason you’re here, to win a copy of Extinction.

Now we encourage you to be as creative as possible. You want a 150-foot slater beetle to do your dirty work? Say so, the sky’s the limit. Good luck.

In this article:Comp, extinction, get around it, modus games, winners, winning