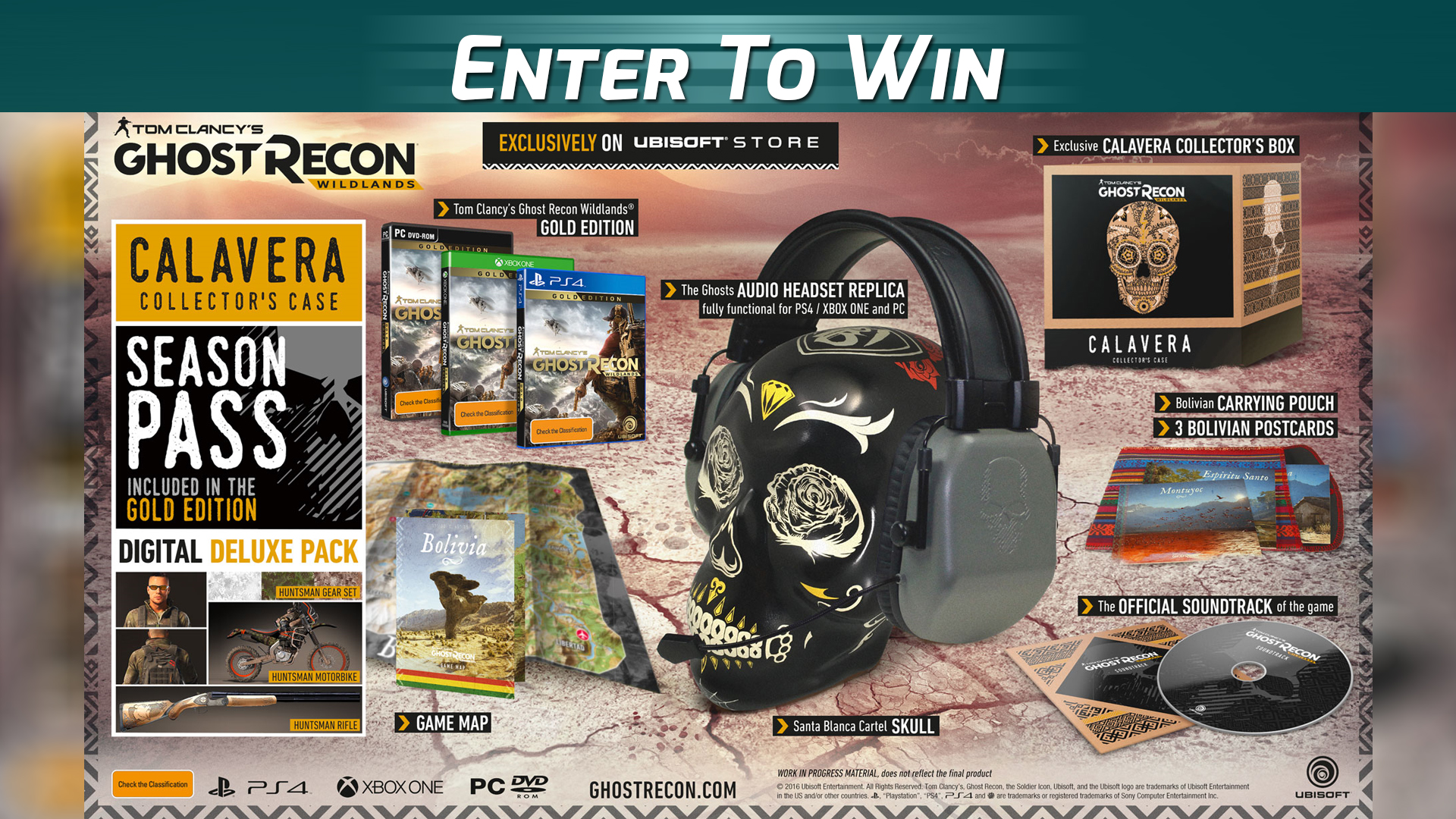 Thanks to our friends at Ubisoft Australia, we have one Tom Clancy’s Ghost Recon Wildlands Calavera Edition to give away.

To win all you have to do is fill out the below form with your name, email and platform choice.

Included in the Calavera Edition are the following goodies:

The competition is now closed.