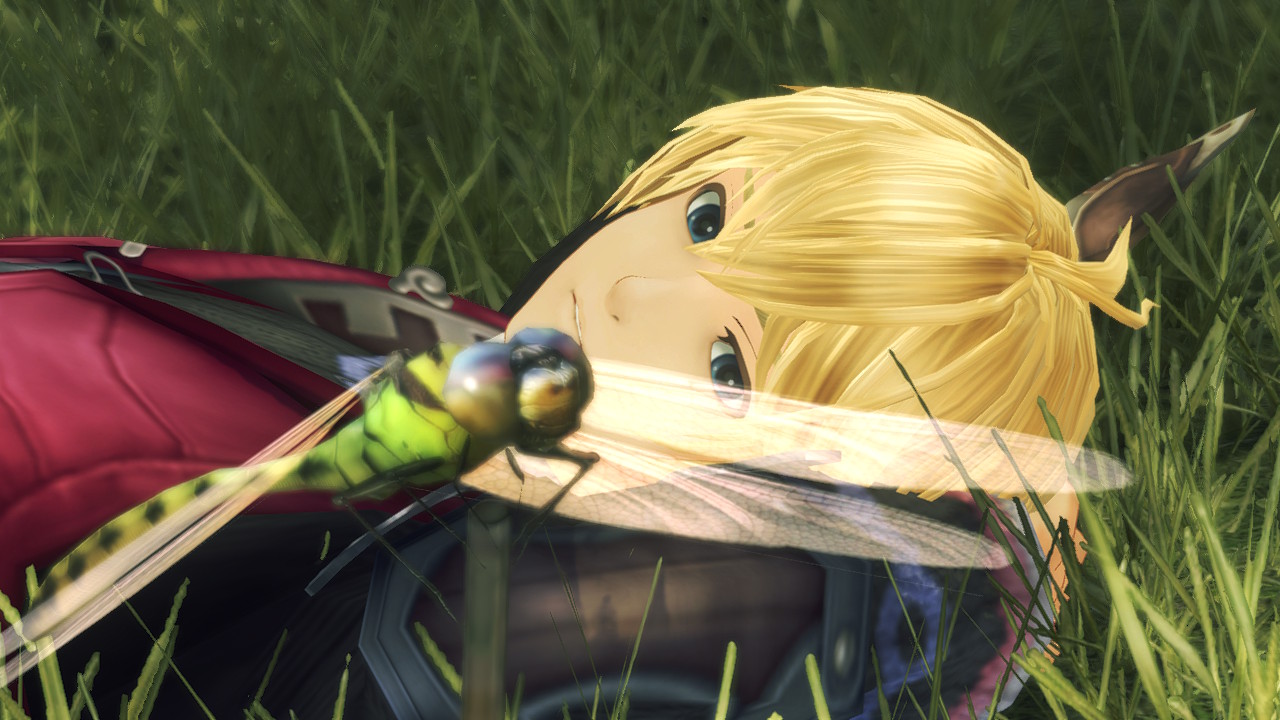 If you’re on the internet and following the gaming community in any capacity you’ll no doubt be familiar with the sentiment that Nintendo’s runaway console success, the Nintendo Switch, has become a platform for more ports than original games. While there is a kernel of truth to it, the Switch certainly has become a defacto home for some excellent but ill-fated WiiU titles, it’s also by no means a bad thing. There’s something inherently special about taking games that were previously confined to a home console and playing them on the go, or playing games once crammed onto a handheld system on the big screen. And then there’s Xenoblade Chronicles, a game that has been both of those things separately at different points in time, but is coming out very shortly on the Nintendo Switch where it can live the double life it deserves.

I’ve been lucky enough to have had the full Xenoblade Chronicles: Definitive Edition for over a week now, which as anyone who’s played the game will know is barely enough time to scratch the surface. Still, it’s afforded me plenty of opportunity to see the effort that Monolith Soft has gone to in bringing the game to the Switch. Putting it simply, Definitive Edition is a more than apt title, and while I’m not allowed to cover every new change before the review embargo rolls around later in the month I wanted to take the time to gush over just how much fun I’m having with it.

Xenoblade Chronicles was something of a marvel in its original release on the Wii, a system that even in its time was relatively underpowered. Still, along came this immensely deep and expansive JRPG with impossibly huge environments and an epic narrative that spanned well over 100 hours worth of gameplay. It’s the kind of scope and breadth of content that is still impressive amongst today’s modern games. A few years later, the impossible was achieved and the game was ported to a handheld console, the New Nintendo 3DS, where despite some obvious concessions made is still impressed given the platform. Fast forward to now and Nintendo have a system that is not only significantly more capable than any Nintendo platform before it but also happens to offer complete portability. It’s a best-of-both-worlds situation with no concessions made, rather now it’s an even more impressive version of the game.

The most obvious change this time around is of course the Definitive Edition’s shiny new coat of paint. Taking the existing, sprawling open-air areas from the original and polishing them up with better textures, lighting and draw distances already produces beautiful results, but Definitive Edition goes much further when it comes to character models. If you’ve followed the discourse online since it was announced, you’ll know the changes here are pretty drastic. Admittedly, not every fan is on-board with the more anime-inspired character designs that bring it more in line with Xenoblade Chronicles 2, but they’re a far sight better than the original’s goofy stretched faces and awkward bodies. The new models look great in motion and in battle, and even better in cutscenes. There’s still a stiffness in animations that comes with the territory in any JRPG with dozens of hours of cutscenes but it’s understandable. The overall effect is something that looks much closer to a native Switch game than a simple port, especially in the brand-new extra story, Future Connected, which benefits greatly from being built specifically for the Switch.

It’s right behind me, isn’t it?

When it comes to new visuals and updates, at least the ones I can talk about, one of my favourite new features is the ability to apply the cosmetic aspects of equipment separately to the equipment itself. Similarly to Xenoblade Chronicles X‘s Fashion Gear, characters can optionally wear two sets of equipment at a time; one for stats and one for visuals, though this time around all it takes is to have owned at least one version of an armour or weapon type to then have it permanently unlocked as a cosmetic option across every character. Most of the gear in the game has been changed up for Definitive Edition as well, with all-new visuals to match. I pretty quickly found myself buying a new set of unique armour in each new distinct area of the game and immediately applying the cosmetics to my entire party so we’d match the locale. Cute, right?

Elsewhere, most of Definitive Edition’s updates come in the form of quality-of-life changes that make the game a smoother and more enjoyable experience moment-to-moment. Again, there are things we can’t spoil just yet, but for all the updates to things like menus (which are now way nicer to look at and easier to read) and controls, the most neat new wrinkle is the ability to go fully first-person in exploration and combat. Just like the original, the camera can be manipulated to be positioned closer or further from your character (as well as shifting vertically and horizontally!) but, similarly to Chronicles X, you can now zoom all the way in for a first-person view. Now that everything looks prettier it’s the perfect opportunity to run through the game from a fresh perspective, and playing in first-person actually adds a more immediate feeling to combat that I found myself coming back to when grinding in the field (just maybe not during those tough boss battles).

Then there’s Future Connected, the main bit of actual new content in Definitive Edition that’s sure to be a major draw card for returning fans. Taking place after the events of the main game (and thus much too spoiler-y for me to talk about story-wise), it’s a nice trip back into some familiar (and unfamiliar) territory that sees Shulk and Melia team up with two new characters to explore a new area and delve into some interesting epilogue type shenanigans. The changing up in party also means there are some changes to the battle system, mostly in the removal of some mechanics that no longer make sense, as opposed to much in the way of new stuff. The biggest change for me is the binning of the gem crafting system, with gems now mined directly from deposits as opposed to collecting crystals to refine later on. I’m not quite finished playing through Future Connected yet, but so far it’s a fun little romp that should hopefully tide fans over until we get a brand new Xenoblade Chronicles game.

So far then, Xenoblade Chronicles: Definitive Edition has me hooked all over again. I’m just over halfway through the main game and I’d say I’m nearly done with Future Connected, and I can say with certainty that the Switch is the perfect system for a game like this – and it’s great that Monolith has opted for a such an end-to-end retooling of the game to bring it as much in line with the newer games in the series as possible. I’ll have a full verdict as well as more juicy details right here on WellPlayed as soon as the review embargo lifts later this month.