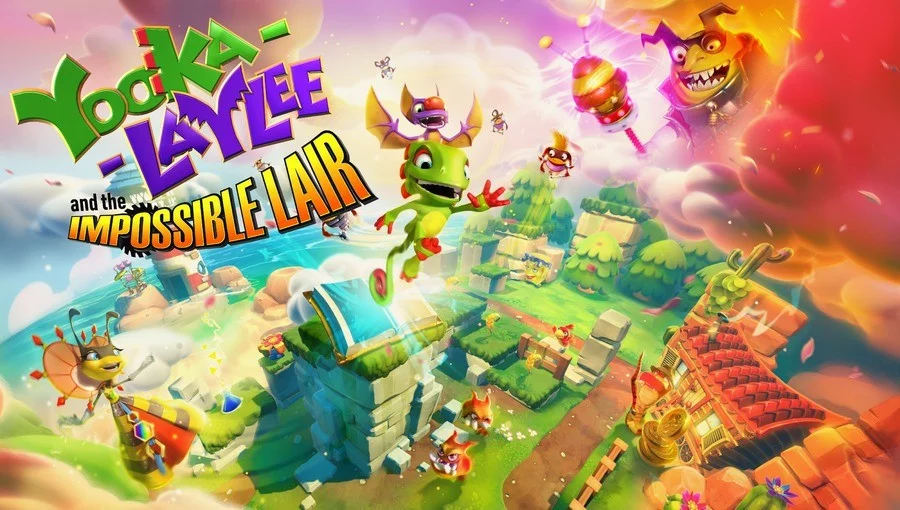 A day after a big tease on their Twitter, Playtonic Games have announced a follow up to 2017’s Yooka-Laylee in the form of Yooka-Laylee and the Impossible Lair.

While the original Yooka-Laylee was created as a spiritual successor to Rare’s much beloved title Banjo-Kazooie, Playtonic Games have seemingly taken the franchise in a new direction, opting for a 2D side-scroller akin to Donkey Kong Country: Tropical Freeze. The overworld exploration is in 3D, however the majority of the game will see you controlling Yooka and Laylee across a two dimensional plane.

Despite the change in gameplay, this new title seems like a welcome departure from the 3D Collectahon genre (although I kind of wish we got a Twooka-Laylee). The platforming looked succinct, the 3D segments looked enjoyable, and the game still has the same bustling, colorful art style that had myself and many others enamoured back when the first game was released. The game also has music by legendary video game composers Grant Kirkhope and David Wise, as you’d expect from a game inspired by the classic games they composed songs for.

What was even more surprising is that the game is slated for release in 2019, meaning we hopefully haven’t got too long to wait until we can play as the Chameleon and Bat combo once again. While the original Yooka-Laylee wasn’t for everyone (as per our review), I found myself enjoying it despite its shortcomings, and I’m hoping that this new release will leave a better impression on platforming aficionados

Yooka-Laylee and the Impossible Lair is slated for release sometime in 2019. The reveal trailer is awaiting your attention below: