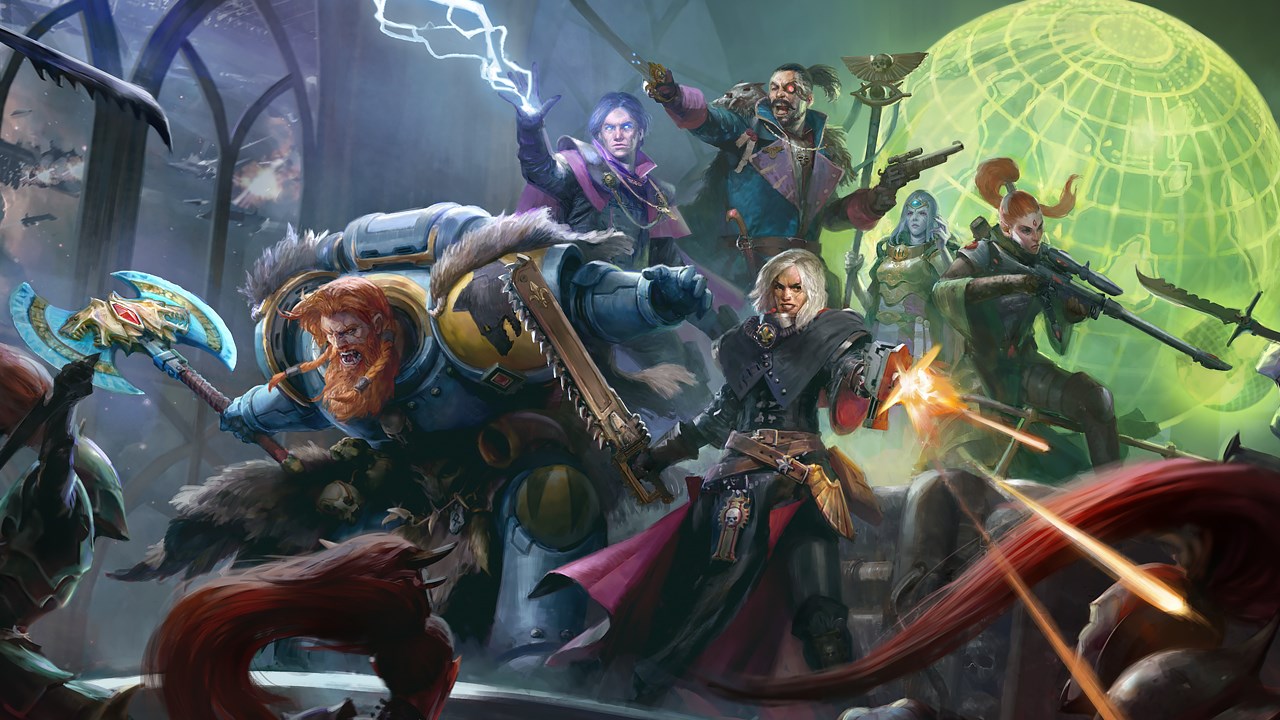 Praise the Emperor and consider me positively abuzz, the reveals today have left me space shocked.

It’s no secret to anyone that the veritable monkey’s paw of video game efforts to capture Warhammer’s unique worlds can result in equal parts feast and famine – but some of todays offerings look downright incredible.

Don’t take my word for it though, let’s see the actual proof in the pudding:

The worlds of Warhammer are no stranger to RPG experiences, but usually this is a pen and paper affair. What we see here from developer Owlcat Games is a classically styled RPG experience, complete with familiar camera angles and turn based combat. Even the video thumbnail get’s my motor running, seeing a hulking space marine as a possible companion — and a SPACE WOLF no less. Only thing cooler than a genetically massive super soldier, is one that is Viking flavoured.

Trailer does a lot to build some keen interest – hoping the narrative isn’t afraid to shine a light on the weirder side of the 40k universe.

You know, I have enjoyed the current resurgence of classic-styled shooters. It reveals clearly that sometimes the thing you remember is every bit as cool as you imagined. The trailer is overwhelmingly charming as it takes us on a walk to our sordid hobby past, full of badly painted space marines and missed mold lines – before giving us a rapid thumping into retro-shooter mania. This thing is on my radar so bad it’s hard to make out the other stuff I am excited for.

Darktide gets a release date AND a banging cinematic trailer? My cup runneth over. This is a game that has all the DNA to be a smash hit. Fat Shark is a studio that consistently demonstrated that they understand the appeal of the Games Workshop properties, so short of them fumbling and turning this into a dog turd origami simulator – I severely doubt that will happen – it’s going to bang hard.

Surprising no-one, we finally have a release date for Warhammer 40K: Shootas, Blood, and Teef – and fittingly it will be released in ORKtober. This trailer did everything it needed to placate my concerns from when I got to access the demo and give it my impressions, showcasing a plethora of enemy variety, guns and positively ridiculous boss fights.

Fighting an Imperial Knight, basically a walking building bristling with guns? Just another day in the life of an ambitious Ork.

And it’s not all futuristic properties being shown off today! There is also a tasty reveal trailer for the latest content to be added to Warhammer: Vermintide II, giving us a look at the desolate Chaos Wastes.

Vermintide still reigns as an amazing co-op experience, and with content that keeps on coming you can see why it’s lifespan has been so healthy. Not to mention, Be’lakor is a posterchild for big bad guys – I sure do hope I get to cave his skull in.

For an extensive run down on all of todays announcements, maybe potter over and check out the full showcase at the Warhammer Community website!

Keen to get your game on in the grim darkness of the far future? What about in the age of Sigmar? Let us know in the comments or on our social media.