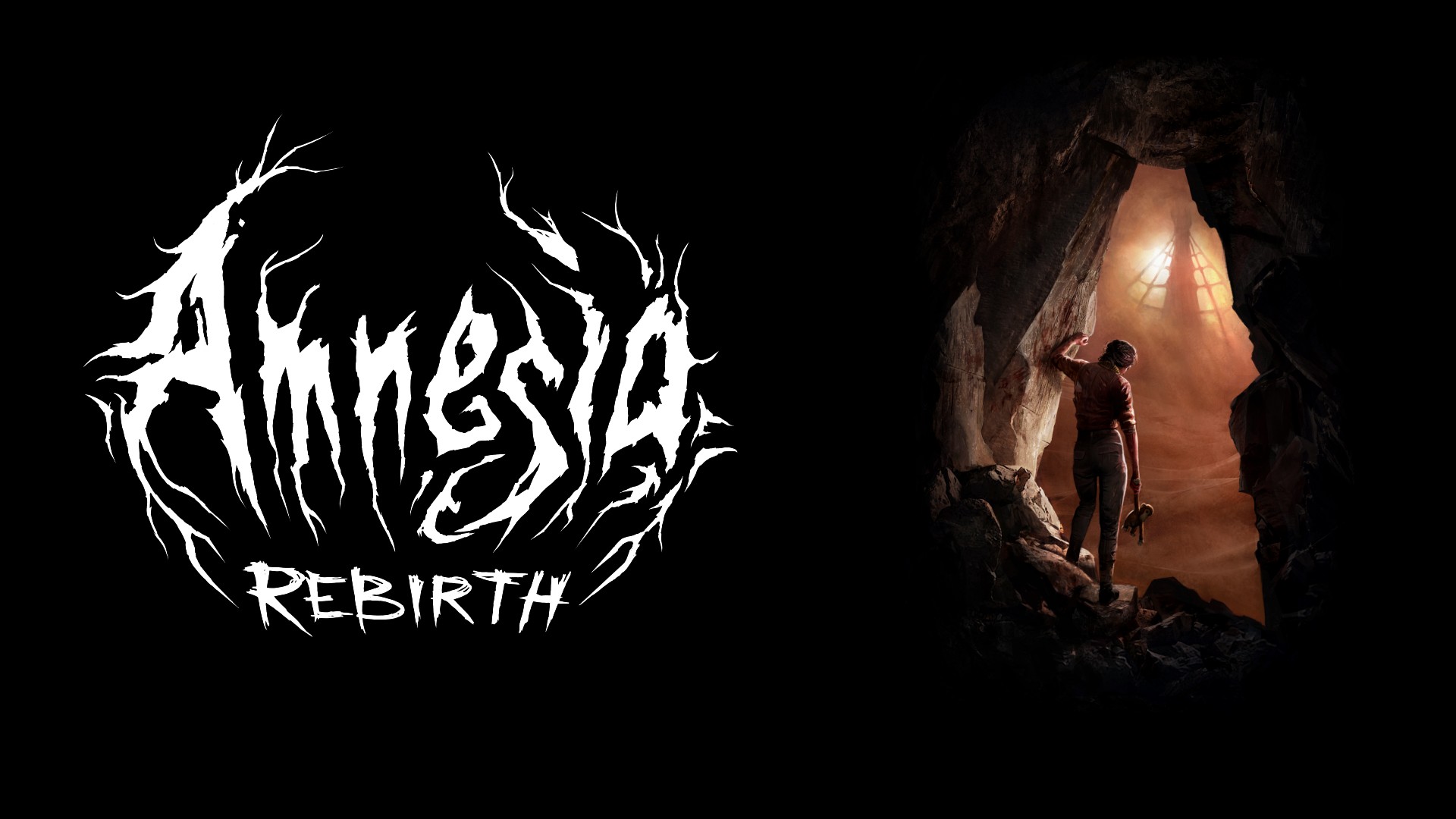 Childbirth was once described to me as pushing an avocado seed out of a male’s…woah! I didn’t see you come in, what was I talking about? I forgot. Anyway, Amnesia: The Dark Descent is a modern classic of horror games. The way it co-opted the adventure game genre and ran it through a gothic-horror filter produced a damn fine scary game. One that wasn’t afraid to layer different elements of both psychological and survival horror, all in a very intense atmosphere. Amnesia: Rebirth finds itself very much birthed from the same womb, taking what made its predecessor iconic and extrapolating on everything. A game that is equal parts terrifying with its existential horror as it is an engrossing adventure.

Beauty in the eye of the beholder

Your journey starts with a casual blip into what appears to be another dimension or alien world, forcing your plane to crash into the French-Sudan desert and the crew to split up. You, Tasi Trianon, awaken to find yourself alone in the wreckage, stricken with an unknown illness and wait for it…amnesia. Who would have guessed?  While typically a hackneyed plot device, Rebirth centralises it and uses it in obfuscating events within the personal story amongst a greater otherworldly mystery. Tasi remembers her husband, and her search for him leads her down a chaotic rabbit hole that has her grappling with hope, fear, existential dread and the threat of oblivion.

There’s immense scope to Amnesia: Rebirth’s very personal story. At times it can feel a little confounding, especially in act one and two as there are many, many plates being set up that don’t get knocked down for some time. You have Tasi’s memories flooding back on top of the rapid onset of her pregnancy conflating with a ghost in the desert and her missing team, all the while an entirely alien city with its own subplot gradually comes to the forefront. It’s a lot, frankly, even overwhelming at times. However I’d argue the confusion is heavily warranted and earned, serving further to immerse you into Tasi’s headspace. An impressive sense of gratification comes from allowing yourself to be in the dark with the plot by not trying to predict it but by letting it consume you. Only then can the final moments illuminate the missing pieces, whereby the complete image of events gestates in your head as each little morsel you’re given slots into place until the culmination of threads tie together in an unimaginably grim, yet enthralling story.

Gameplay in Rebirth shifts effortlessly between adventure-puzzle and horror-exploration, occasionally blending the two together. Pulling levers, spinning wheels and shifting massive objects are a staple of the franchise, but here the way each mechanic is applied is really quite something. Generally, you’re introduced to a mechanic in a very controlled and safe environment. It’s here the adventure-puzzle game shines through with its intuitive design. Large multi-room puzzles are also a highlight. The way they focus around applying many simplistic mechanics that then intricately fit together creates this pleasing sense of the solution converging in your mind’s eye (not too dissimilar to the plot).

Some doors should remain shut

Now while the puzzles are impressive in their own right, it’s realistically the horror that acts as the central hook. The transition between the two gameplays is all about putting you in undesirable situations, like utilising a wheel mechanism in pitch-black lighting with your back to a festering hole of organic mass that you just heard an indescribable screech from. You go from complex puzzle to frightening terror but not in such a way that the flow of this dynamic grows tiresome. Each time the game switches to these two tones, it ramps them up, then mixes them together in a horrific squirm-inducing sequence.

This is mostly owed to Amnesia Rebirth’s lighting mechanics, which are so incredibly well done it’s like a cruel breadcrumb trail made of matches. The distribution of these lighting resources, lamp oil and matches, is perfectly attuned. There are too many dark corners and not enough lanterns. A constant sense of dread is instilled within the player by an audiovisual assault of whispers, unnatural scraping and far off doors closing. There’s a confidence in the construction of the lighting and how it weaves with the gameplay, and it’s outstanding in the particular way Frictional Games uses it to create rewarding exploration, goading you into darkened areas for minimal resource gains. All of which would grow dull if it weren’t for the differing scenarios you’re thrust into. Like its predecessor, Rebirth juggles every type of horror through an abrasive atmosphere until it has you jumping at shadows.

What Rebirth eventually becomes though is very eldritch-horror – otherworldly and uncanny. Some of the stark, brutal imagery is amazing in its ability to not only make you recoil but intrigue you. It’s truly fascinating the world Frictional Games has created and learning about the previously alluded to Dark World is a grotesque pleasure.

Amnesia: Rebirth isn’t without its blemishes though, but they never really sour the overall experience. For instance, the pacing in the last leg can be a tad frustrating because of an overpowered enemy that uses a crippling ranged attack on sight. They’re hard to escape from and in horror games, repeating sections is unideal because it breaks the fantasy of the horror. There’s also a rather difficult maze section that will probably end up being more annoying than terrifying too. On a technical level the graphics probably won’t blow you away, with an occasional blurry or muddy texture here and there. Nothing major that could break immersion, which is predominantly due to the strong atmosphere the game creates. More on the technical side as well, load times were a little heavy upfront on older consoles, however switching to a PS5 or Pro reduces the loads significantly and makes the experience much more streamlined.

Ultrasound technology has gone too far

I’m just going to say it; Amnesia: Rebirth is genuinely mesmerising. I know it’s my hobby to think and be considerate of games but man, the entire experience has stuck with me many days after watching the credits roll. From the excellent puzzle beats to horror sections, all with the story dragging you kicking and screaming through it, Rebirth really is something to behold. It’s like the miracle of childbirth – it grows, gestates but when the oblivion and pain pass, the joy will be worth it. 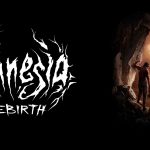 Amnesia: Rebirth Review
Too Many Dark Corners
Amnesia Rebirth is a cruel yet mesmerising experience that goes above and beyond in not only its existential horror but its intuitive puzzles and gripping story that goads you ever onwards
The Good
Multilayered, immersive story
Great horror escalation
Intuitive, complex puzzles
The Bad
Tiny texture blurring/visual bugs
Late-game pacing issues
Heavier load times on older consoles
9
Bloody Ripper

Amnesia: Rebirth Review
Too Many Dark Corners
Amnesia Rebirth is a cruel yet mesmerising experience that goes above and beyond in not only its existential horror but its intuitive puzzles and gripping story that goads you ever onwards
The Good
Multilayered, immersive story
Great horror escalation
Intuitive, complex puzzles
The Bad
Tiny texture blurring/visual bugs
Late-game pacing issues
Heavier load times on older consoles
9
Bloody Ripper
In this article:Amnesia Rebirth, frictional games, harrison tabulo, survival horror, tasi 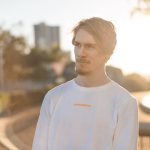