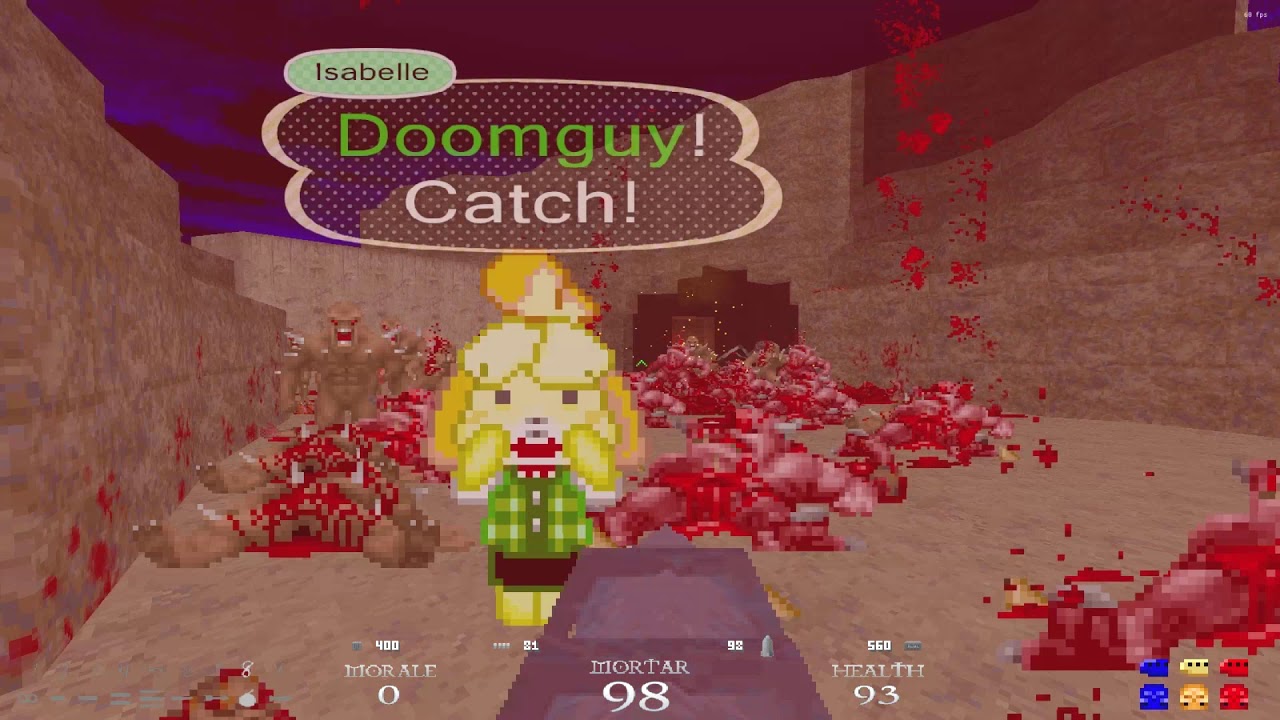 Video game crossovers aren’t anything new, some titles just go together like peaches and cream. From Mario and Sonic meeting up at the Olympics to Street Fighter and Tekken characters beating the shit out of each other, there are plenty of examples of crossovers making sense and being fun.

Crossovers don’t always need to make sense to be excellent though. Over the last few months we have seen an unlikely friendship brewing between the Doom Slayer from the Doom franchise and Isabelle from Animal Crossing, as the new iterations of both franchises (Doom Eternal and Animal Crossing: New Horizons) released on the same day (March 20).

The social media accounts for both games have been in support of one another, leading to a great deal of fan-created art and content, depicting the characters crossing over into each other’s games.

These sneaky little nods weren’t enough for modder itsmeveronica though, as they decided to take this friendship one step further. This mod for Doom, Doom II and Final Doom sees Isabelle join the Doom Slayer as a companion in your demon-killing venture.

She isn’t just there to cheer you on though. Attacking foes by throwing pots and shooting confetti at hell’s legions, Isabelle goes from cute mascot to badarse beast blaster. This little yellow lass can also throw the player ammo and health packs, making her the perfect sidekick for the slayer.

Complete with multiple command modes that can see her attack enemies or simply follow and aid you, interactable moments such as a very cute high-five and a number of idle animations, this mod is absolute gold for those who are fans of both franchises.

Check out a video rundown of the mod here:


You can get your hands on this mod HERE.

Have you been playing Doom and/or Animal Crossing? What do you think of the mod? Let us know.