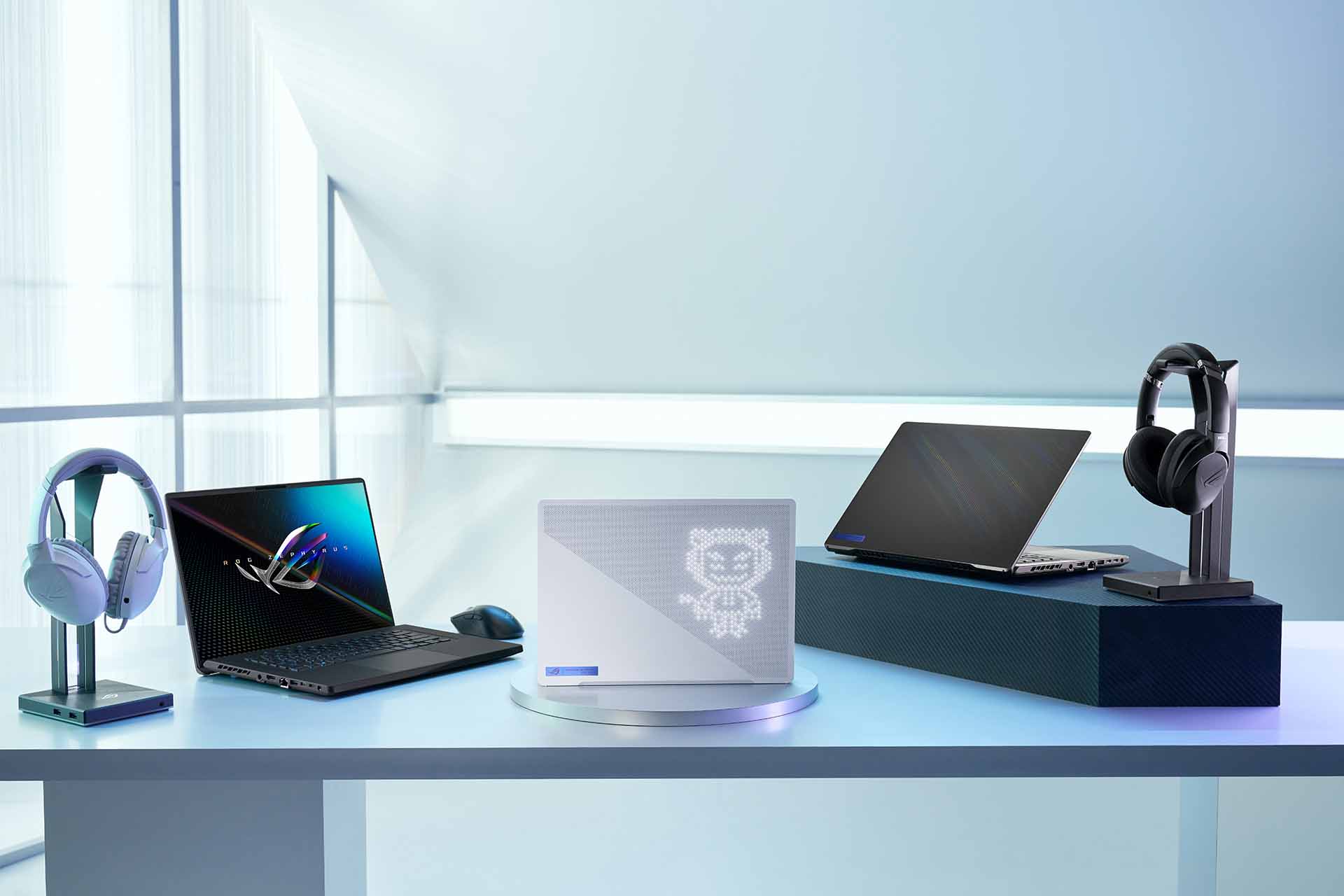 Gaming laptops have entered an unprcendented era. They are now able to offer comparable levels of performance to desktop PCs, while also (somehow) maintaining a decent level of cooling. ASUS appears to be heading in that direction too with their newly launched line up of gaming laptops, all positioned to offer great performance and thermals! Ranging from weaker, more affordable laptops, to an overkill system that I desperately want, the engineers at ASUS have put in the work to make sure this new product stack factors in thermals. They even have some really cool products like the Flow Z13 which is basically like a Microsoft Surface with a little more oomph.

While only a select few laptops previously had it, the entire new product stack features liquid metal as its thermal interface material (TIM) rather than the traditional thermal paste. In partnership with Thermal Grizzly, ASUS has helped developed what is being dubbed as Conductonaut Extreme. This new line of liquid metal is what is being used in these new laptop an is claimed to be even more perfomant than other liquid metals, including the regular Conductonaut which has been on the market since 2016.

What is impressive is how there is still some form of expansion for these laptops in their storage and (seemingly) memory, while still maintaining the use of liquid metal. When asked about this, ASUS explained that there were a lot of considerations when developing these technologies and designs.

Wherever we can afford the space, we will put additional M.2 / Memory slots in. Case in point being the SCAR series that have two M.2 slots.  Some Zephyrus models, because of their slim design (which our customers value), need to have a bank of memory pre-soldered in, but we still try to provide a DIMM slot for upgradability.

Alongside the inclusion of liquid metal, it seems that ASUS are all in for 16:10 gaming, as well as extremely high refresh rate gaming. A number of their new laptops boast a 360Hz display, which naturally comes at a battery cost, which is where the new MUX switch comes into play. This switch allows for changing between the use of the discrete graphics card which these laptops come with, and the integrated GPU which the CPUs inherently come with.

Want the best performance? No problem! Switch to Discrete GPU Mode in Armoury Crate to get the best framerate in competitive games. The direct connection between the RTX GPU and display let you enjoy the smoothest possible gaming experience.

Want longer battery life? You got it! Switch to the MSHybrid Eco Mode, which forces the system to use the integrated GPU only to ensure low power usage for tasks like web browsing.

The new laptops are as follows, with links to their technical specifications:

All these laptops are available now at various retailers, including Mwave and Scorptec.

Are you interested in getting one of these? Do you like gaming laptops? Let us know in the comments or on social media.