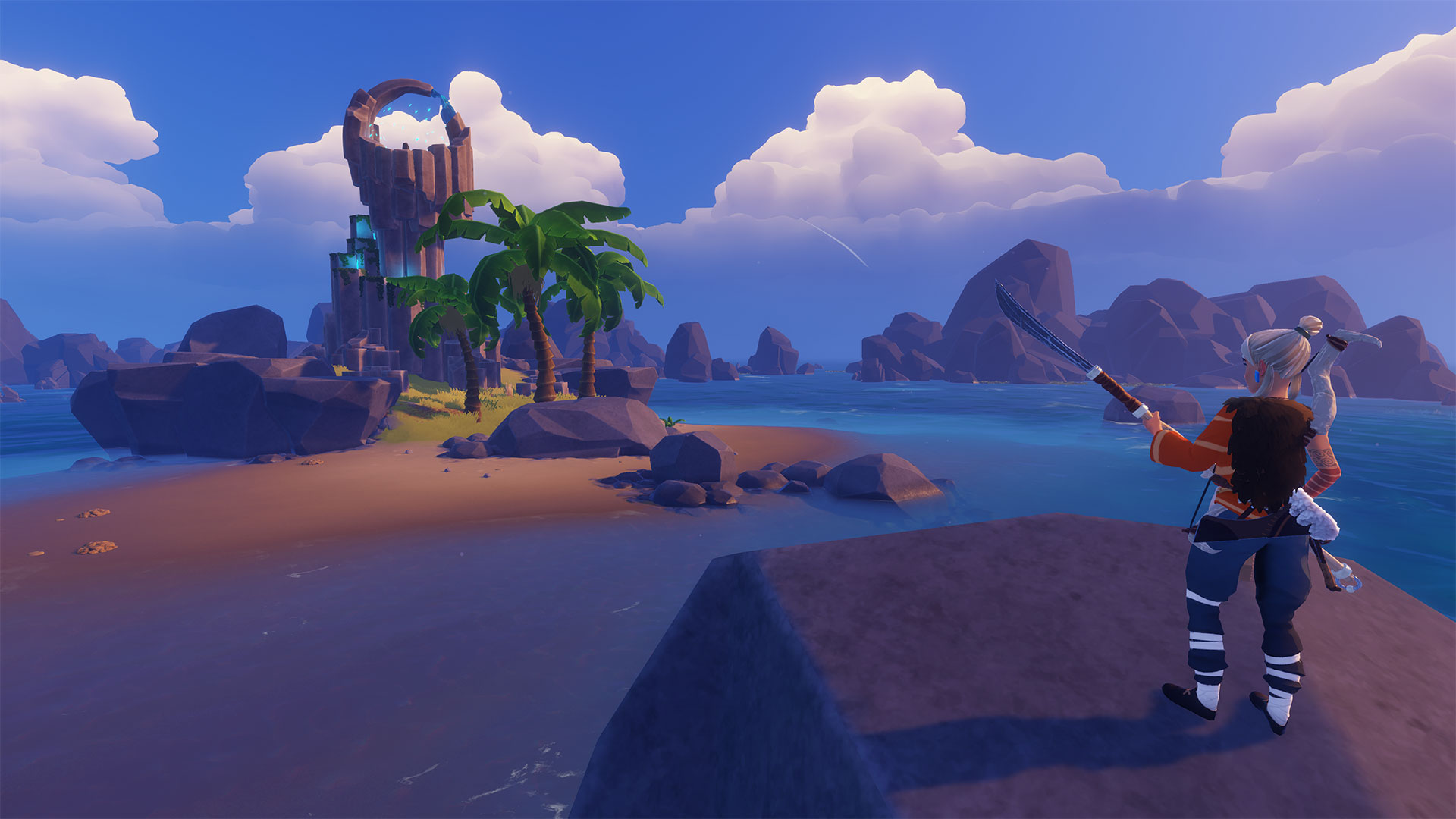 Last week the Interactive Games and Entertainment Association (IGEA) released the findings of its annual Australian Game Development Survey, and surprise surprise, video games proved to be a key contributor to the nation’s economic performance.

While many industries suffered as a result of the COVID-19 pandemic, the video game industry thrived, raking in $185 million dollars in 2019/20 – an increase of 29%. Furthermore, the industry currently employs at least 1,245 people, and encouragingly 76% of respondents reported they wouldn’t be downsizing their workforce, with 67% planning to employ more staff in 2021.

It once again highlights the potential that the video game industry has for economic growth should the Federal Government choose to invest in the industry. However, as we’ve discovered from our own Made In Australia articles, the survey reported that one of the challenges facing game development in Australia is the lack of financial support from the government. States and territories where funding for game development is supported have seen positive commercial results both locally and internationally.

Of the findings, Ron Curry, CEO of IGEA had this to say:

It really does make you wonder why the government continues to ignore the commercial success and growth potential of the Australian Games Industry. Surely it’s only a matter of time before the results speak for themselves and the powers that be can no longer deny the industry the support it needs.

To see the full report findings, such as gender you can check out the infographics below: 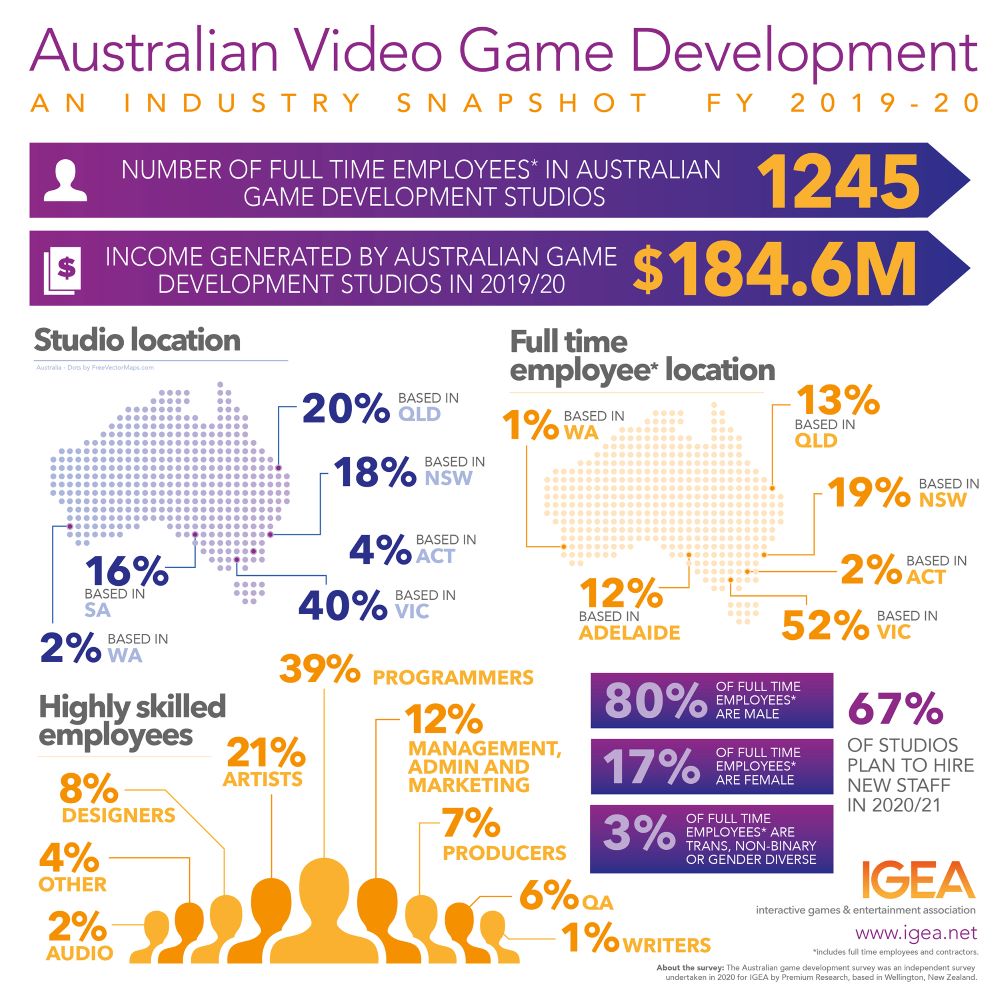 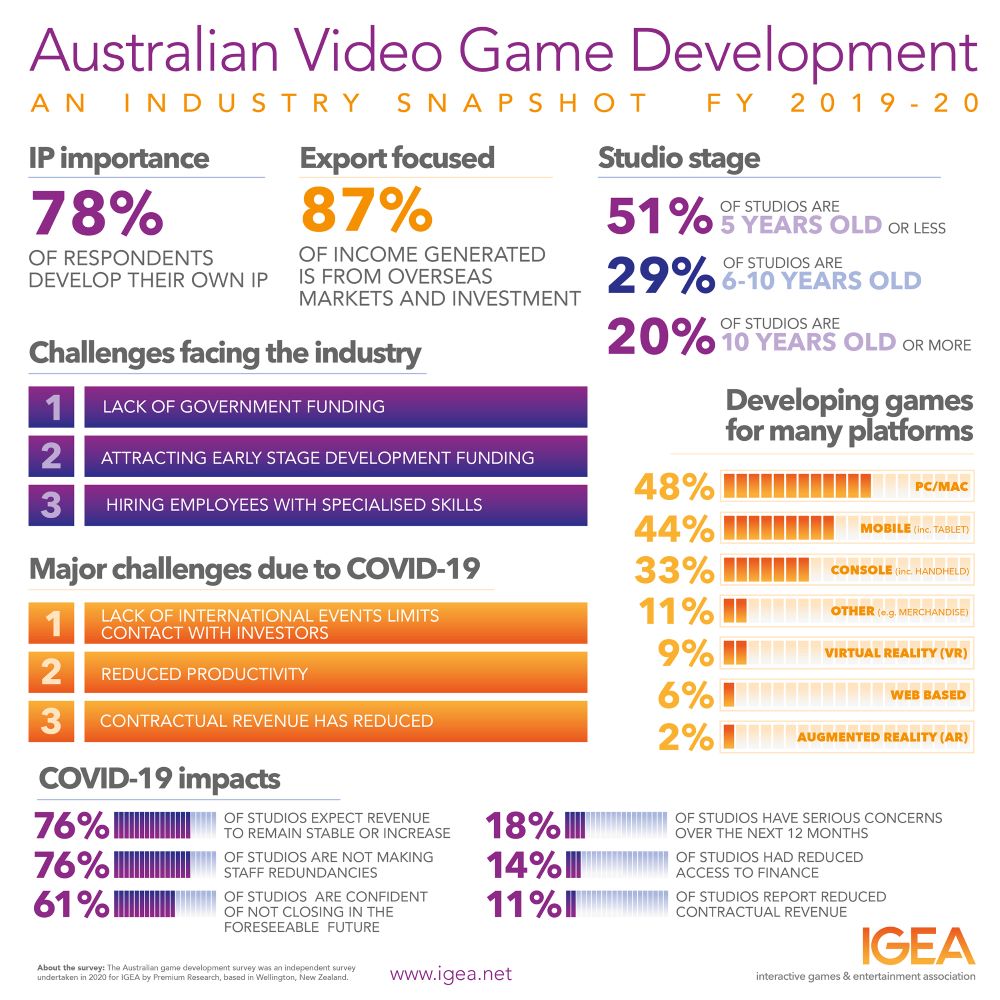 In this article:australian games industry, IGEA, show us the funding, stats