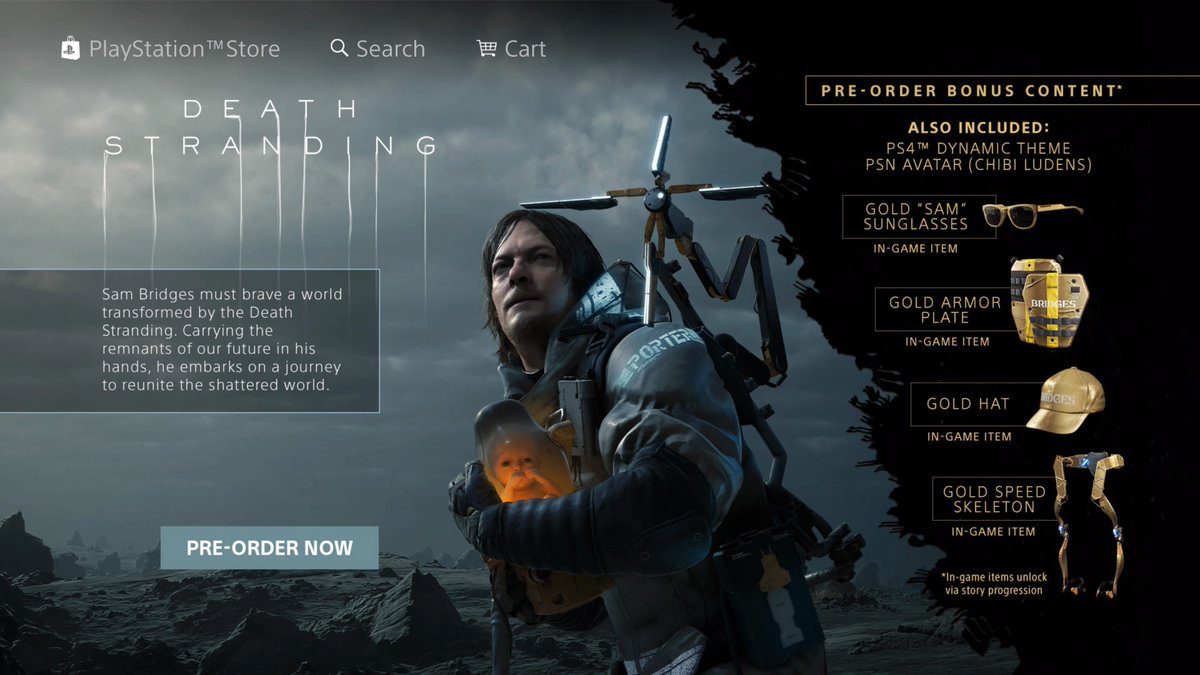 Another day, another piece of evidence that Death Stranding details are coming.

Spotted on Press Start, it appears that PlayStation are gearing up for a major announcement regarding Death Stranding with preorders now live on the PlayStation Store.

Death Stranding, the next game spearheaded by famed video game visionary Hideo Kojima has clearly been ramping up towards a new trailer or announcement for days now. First there were a myriad of cryptic tweets from Kojima (aren’t there always?) that had fans speculating about an impending announcement, before Kojima and his studio Kojima Productions revealed that all would be uncovered in worldwide reveal on May 29th/30th (May 30th for us Aussie folk). There’s even a stream that is live on the official PlayStation Twitch account, with more than 12,000 hungry Death Stranding fans eagerly awaiting the worldwide reveal.

Although the aforementioned teases indicate that something significant will be shown off, the PlayStation Store preorder listing seemingly gives credence to the idea that a timeframe on release, or possibly even a release date could be announced in this upcoming trailer.

These preorder bonuses don’t speak to me personally, but if you want your version of Sam Bridges decked out in flashy gold attire, this preorder bonus may appeal to you.

Death Stranding’s latest reveal will be released worldwide at some point on May 30th. For now though, why not drop in to the Twitch Stream below and see what information you may be able to grasp from it.