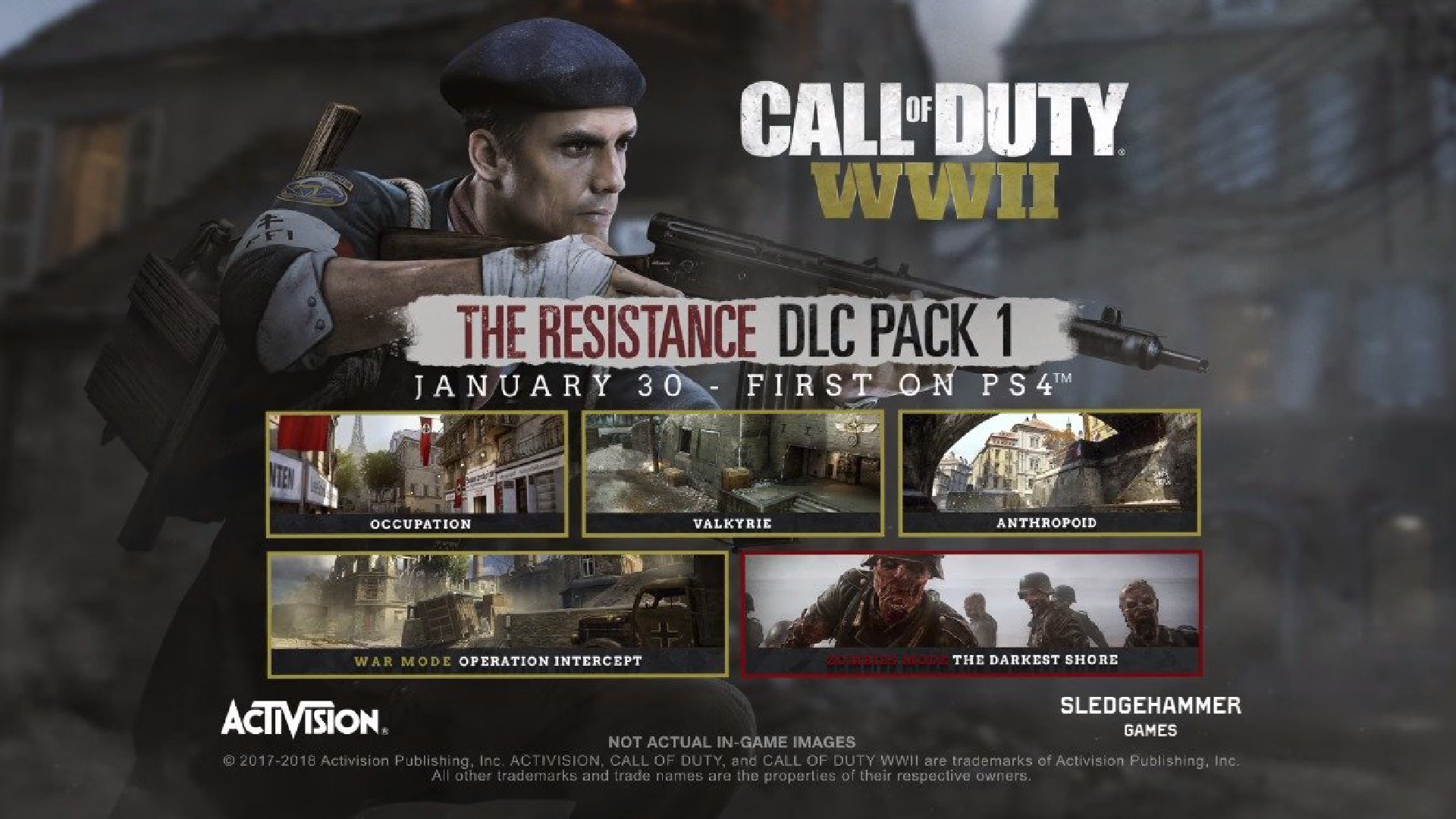 As the title of this article suggests, Activision has released their latest live-action trailer, this one being for Call of Duty: WWII, and more specifically, the game’s first DLC – The Resistance.

Take a look at the trailer below:

Now, in terms of the DLC itself, The Resistance is set to include new multiplayer maps, a map remake from Call of Duty: Modern Warfare 3, a brand new War mode map, and a Nazi Zombies map.

For those without the season pass, you should expect to be paying $14.99 for these maps, which will become available for PlayStation 4 users on the 30th of January (today!), and for Xbox and PC users in about a months time.

So, what is everyone thinking about this trailer? Are you excited to see more live-action coming from Activision, or would you prefer to just see the game in action? Let us know your thoughts.

In this article:Activision, Call of Duty, Call of Duty: WWII, COD, DLC, news, pc, ps4, The Resistance, Xbox One