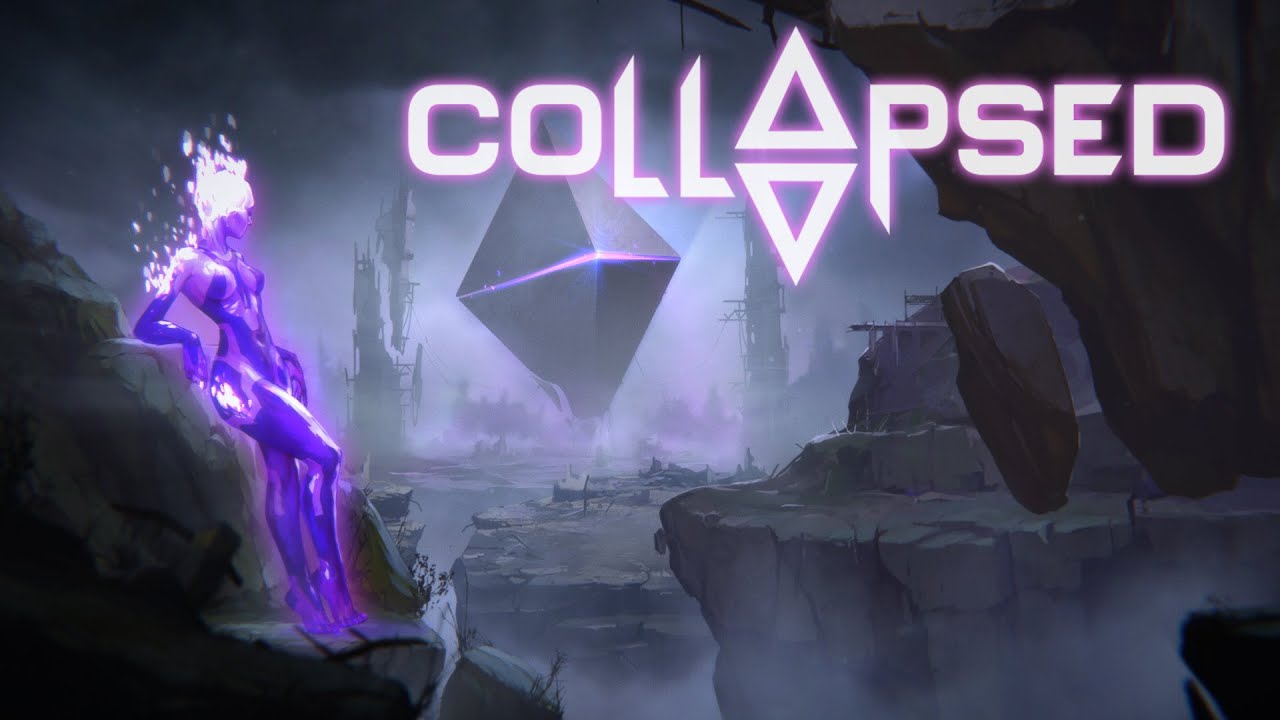 I recently reviewed Curse of the Dead Gods, a roguelite that ticked the tight gameplay, addictive progression and unique mechanics boxes thoroughly. This more than got me in the mood for more roguelike/lites, so when I heard about Collapsed, a roguelike 2D platform shooter, I was intrigued. With techno-dystopia stylings and a cool, yet vague premise, I went in with a decent amount of optimism. Unfortunately, that optimism was soon met with fairly bland combat and a general lack of variety that stunted my desire to jump into another run.

Starting the game you choose between one of four classes: Reaper, Devourer, Warrior or Pest, which boil down to all-rounder, sniper, tank and DPS respectively. Each class has its own distinct primary and melee weapon, as well as a couple of passive abilities to get the ball rolling. The weapons you start with are the weapons you’re stuck with, as loot in this game only comes in the form of items and modifiers that affect your gear by either adding elemental damage, raising resistance or altering how your weapon fires. The best mod that I encountered was one for the Warrior that made the pellets in his shotgun home in on the nearest enemy, which was fun enough, but overall this approach to loot was rough. One of the best aspects of a roguelike/lite is the constantly changing gear, so without that, each run feels very similar and very limited.

That brings me to my next frustration. Collapsed is definitely a 2D side-scrolling platformer that takes cues from the roguelike/lite genre, but it doesn’t quite manage to fully join the ranks. Gameplay consists of working your way through procedurally generated, platform-heavy levels, gunning down grunt enemies in search of a portal that will take you to the next level, with the promise of a boss on the other side of the third portal. If you die, you’re sent back to the Memory Void, a nexus where you can spend skill points to unlock buffs before heading back into another level. So far so roguish, but when you die there’s absolutely no punishment or roadblock; you keep all of your gear, all of your skill points and nothing is lost. Without the jeopardy of starting anew, the grind feels pointless and, if I’m honest, a bit shallow and dull.

If the levels were fun to traverse and the combat was solid this might not be such a damning criticism, but unfortunately, those foundations aren’t quite strong enough to carry the burden. Levels are plain, consisting of maze-like maps that don’t exactly inspire exploration, rather I found myself aimlessly dashing around, ignoring enemies until I found the portal before engaging in a fight. Gunplay is simple and decent, with aiming tied to the left thumbstick, but for the most part, there isn’t much of a challenge, that is until you’re hit with a random difficulty spike that sees you absolutely swarmed with enemies. More often than not though, you can just hang about hitting the melee button as enemies walk into your attack and fall to your feet.

The colours may change, but the levels all feel the same

Heading through that third portal I was hoping that the bosses would redeem my run, but what I was met with was an upscaled version of a standard enemy that I had felled a dozen times on my approach. Sure, they’re tougher and bigger, but upcycling a grunt feels cheap and unfulfilling to cap off a level. The enemies themselves are serviceable and many of their designs are cool, but their AI seems to be on a one-track mind to rush you until you die.

All of the character models, friend and foe, are pretty snazzy I must say. Mixing grungy tech with ethereal spectres makes your player characters interesting to look at. The visuals overall remind me of a Flash (RIP) game, but I don’t exactly mean that in a bad way. They aren’t anything that you’ll write home to your mum about, but they do have an endearing feel to them. Less endearing are some of the sound effects, particularly the weapon audio. Certain laser blasts sound like they’re coming from someone mimicking a Star Wars battle in their living room.

Honestly, I don’t take any pride in disliking Collapsed. One of the loading screens simply reads ‘Thank you for playing’, which tells me that the developers put in time and effort to make it worth your time, which makes it all the more heartbreaking to tell you that it isn’t, in fact, worth your time. The overall package just doesn’t compel you to continue playing and in a genre that’s built on replayability, that’s a cardinal sin. If you’re raving mad about post-apocalyptic cyborgs then you might find a glimmer of fun here, otherwise, I might suggest trying a different roguelike. 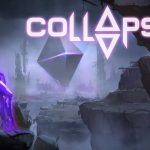 Collapsed Review
Dystopian Downer
Unfortunately, the game's interesting character designs and a decent art style aren't enough to carry it through its mediocre combat, rough audio and low stakes
The Good
The Flash game art style is cool
Certain mods are fun to mess with for a bit
Character models are interesting
The Bad
Combat feels shallow
Lacking in variety
No death punishment equals no stakes
Audio effects are rough
Levels are boring
5
Glass Half Full

Collapsed Review
Dystopian Downer
Unfortunately, the game's interesting character designs and a decent art style aren't enough to carry it through its mediocre combat, rough audio and low stakes
The Good
The Flash game art style is cool
Certain mods are fun to mess with for a bit
Character models are interesting
The Bad
Combat feels shallow
Lacking in variety
No death punishment equals no stakes
Audio effects are rough
Levels are boring
5
Glass Half Full
In this article:2d shooter, Collapsed, pc, ps4, roguelike, roguelite, Side Scroller, switch, Xbox One