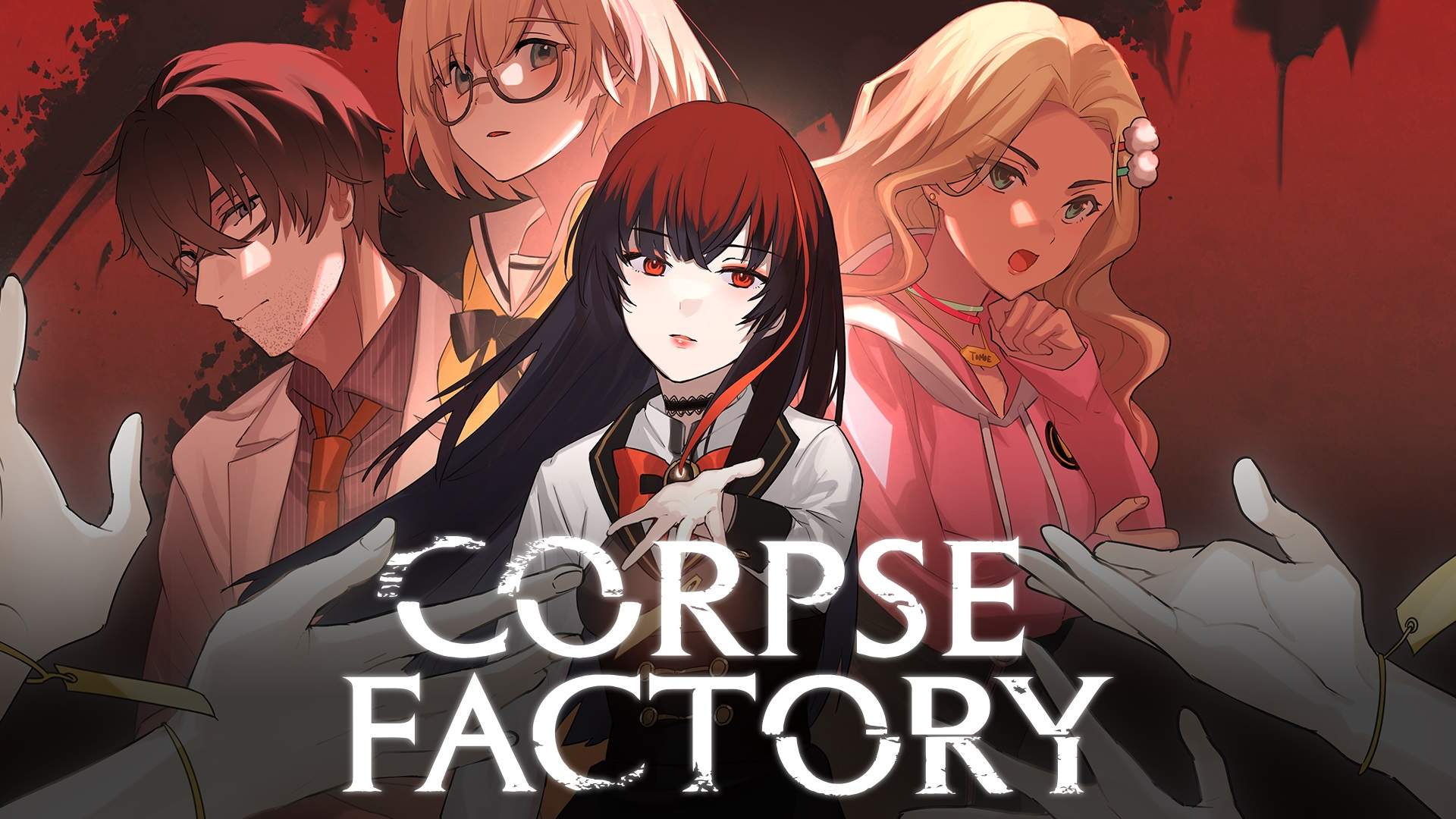 Melbourne-based outfit River Crow Studio has been toiling away on visual novels for a few years now, but their unreservedly fucked up 2022 entry is sure to garner them a dedicated fanbase. For one, if I hadn’t mentioned the fact they reign from Down Under, you would be forgiven for assuming this is a studio based in Japan due to their authentic treatment of the genre in Corpse Factory. Names, currency, cultural mannerisms, and visuals are all depicted through a Japanese lens and setting, the cultural home of the humble visual novel.

The story begins by following Emi Katsuno, a University dropout battling to stay ahead of debt and cutthroat colleagues in a dead-end retail job. Events transpire in which Emi loses her job and has an axe to grind with her bitchy colleagues. Unlike many visual novels, Corpse Factory wastes no time in setting its characters on a dark path – there are no ‘innocence lost’ tropes here. An accidental run-in with an old peer later that morning clues her into a revenge website that becomes the centre stage of this novel, called Corpse Girl.

Perspectives change between acts, and Emi wastes no time in setting the stakes for the prologue

Things get fucky pretty quickly thereafter, with Emi meeting a dark fate after toying with the mysterious website. In a questionable stroke more morbid than Death Note, the public can submit a photo and contact details of someone they wish to see dead. The nominated victim then receives a gruesome image of their Corpse with a near-future timestamp, buoyed by an urban myth surrounding the site that these time-stamped images are a visual prophecy of that person’s brutal and very near death. These mysterious images cause the victim to supposedly enter a mania and simulate their photographed deaths as some kind of inability to cope with their fear of predestined tragedy.

The story then rewinds by three weeks and puts us in the goth Lolita lace-ups of the sadistic mind behind the Corpse Girl website.

In the tradition of visual novels, players will be spoon-fed every passing thought from the focal characters’ perspectives – and Corpse Factory’s’ main character, Noriko Kurosawa, is one who is sexually aroused by thoughts of innocents committing suicide as a result of her doctoring fatal images of persons submitted to the website. This subject matter is not for the faint of heart and pushes ‘edgy’ to a degree normally saved for cult, snuff-fantasy VNs.

Corpse Factory’s presentation uncannily resembles the best of Japan’s visual novel offerings and does so at half the price. The small ensemble cast get a healthy rotation of scenes and settings, with some visual tricks employed to convey the rapidly deteriorating mental state of these deeply troubled characters celebrating their provoked suicides sweeping across Japan.

Just like the visuals, the soundtrack is perfectly suited to the VN format, carrying scenes both mundane and melodramatic. Playful guitar strums through quieter moments, then kick up a notch with strings in minor and a backing chant when events turn sinister (as they often do in this game). Not to mention that the voice cast has a few recognisable English cast veterans such as Erika Harlacher on top billing who voiced Ann from Persona 5 and the titular Aiba from my beloved AI: The Somnium Files.

The content is as morbid as the title suggests, but the game discusses topics such as eating disorders, sexual assault, mental illness, and suicide at great length. There is a content warning when the game launches, and these themes are used to heighten the tension and melodrama. While I found the inclusion of these issues both disturbing yet effective within its sphere as entertainment, the context with which they are employed thematically will deter some players.

In the 15 hours it takes to see all the endings across its three main acts, Corpse Party pulls off something special that almost makes it an outlier for this typically Japanese genre. The game is all killer and no filler, forgoing long stretches of mundane slice-of-life in favour of unnerving the player with perfectly timed reprieves and denouements. Being able to see everything this visual novel in such a modest runtime, including its crow-themed easter egg side story, makes this both a much more approachable and digestible read than its 30+ hour Japanese contemporaries.

One criticism I would level at this title is that all playthroughs will have the same three events that pose a choice to the player. Typical of visual novels, there are a sparing number of decisions that the player can make that assumedly influence a branching path or ending. In Corpse Factory, these decisions are so arbitrary as to be forgettable and may only result in a few minutes of new scenes in an ending rather than a significantly branching storyline. Regardless, the game offers up all the endings upon the first completion, meaning players won’t have to grind through multiple plays to see all the outcomes on offer.

The CG scenes rank among the best visual novels

What Corpse Factory lacks in subtlety it makes up for with an unnerving commitment to its absurdly morbid theming and story. The production value of Australian team Crow River Studio’s latest visual novel is remarkable in both its art and fully voiced dialogue. The lack of meaningful decisions and its three endings offering the coldest of closure does little to shake this title from being an easy recommendation for fans of edgy psychological horror. 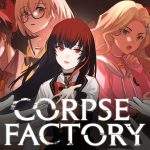 Corpse Factory Review
Noriko and the Cadaver Factory
Corpse Factory has all the makings of a cult classic visual novel. It is a disturbing and exceptional psychological thriller that pays authentic homage to the genre while subverting its tropes and respecting players' time.
The Good
Production values
Near perfect pacing
A terrifically fucked-up ensemble cast
The Bad
Few arbitrary choices with little consequence
9
Bloody Ripper

Corpse Factory Review
Noriko and the Cadaver Factory
Corpse Factory has all the makings of a cult classic visual novel. It is a disturbing and exceptional psychological thriller that pays authentic homage to the genre while subverting its tropes and respecting players' time.
The Good
Production values
Near perfect pacing
A terrifically fucked-up ensemble cast
The Bad
Few arbitrary choices with little consequence
9
Bloody Ripper
In this article:corpse factory, Horror, Japan, made in australia, melbourne, Nathan Hennessy, psychological thriller, recommended, river crow studio, visual novel