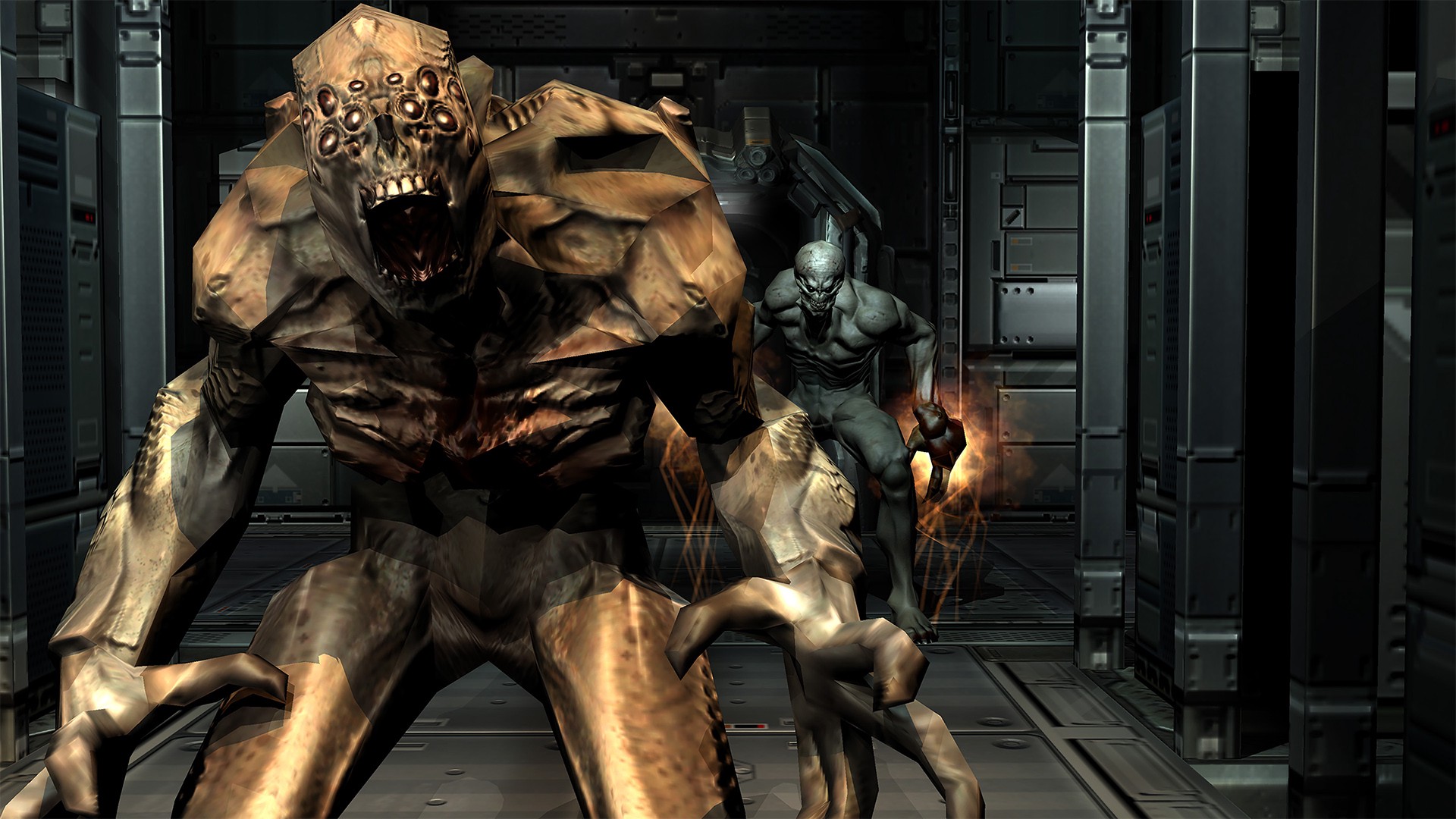 DOOM Eternal was unleashed upon the world mere days ago, and since then it’s taken the world by storm. A gratuitously violent beast with an unrelenting pace, slick new mechanics, and jaw-dropping visuals make it more than a worthy successor to the phenomenal soft reboot DOOM in 2016 (you can check out our review here). But if we cast our minds back beyond the double-jumping, double-dashing acrobatics of glorious painful death that define both DOOM Eternal and DOOM 2016, we arrive at the divisive Doom 3. While many were quick to heap praise on its visuals and superb setting, others were less enamoured with the slower survival horror-esque direction. I for one loved trudging through the embattled UAC facility on Mars, and it’s one of the few times in gaming that I’ve been genuinely scared. Horror is one of my favourite genres in any medium, and I like to think I’m not easily perturbed by most things, but Doom 3 somehow got me.

What Doom 3 had in spades was a sense of atmosphere and dread. When it released I was in my first year of college at university, therefore the fact I remember it at all is both a miracle and a testament to the powerful impression it made upon me. I would play late at night on my junk Hewlett and Packard PC, on a tiny low-res monitor with budget Kmart headphones on (with an obligatory sack of goon nearby of course) and get completely lost in the game. Amongst my friends it became somewhat of a phenomenon, and I’ll never forget the time I surprised a mate while he was playing Doom 3 in the dark, causing him to simultaneously jump a metre in the air and rip his headphones off in an ultimate cack-your-dacks moment of terror. F.E.A.R is probably the only other FPS title that came close to the genuine sense of trepidation that Doom 3 inspired in an FPS, but that franchise lost its way with the sequel and seems to have gone the way of the dinosaur.

So now that the more modern DOOM games have thrown survival horror out the window in favour of pace and power, will the franchise ever be able to return to dark corridors after spending so much time in open arenas? I think there’s room in the FPS genre for a slower-paced DOOM title that leans on some of the lore that’s been established in the most recent titles, and may well fill a hole in the first-person survival horror genre. With the exception of the excellent RE7, first-person horror tends to focus on disempowerment and hide-and-seek mechanics, which are fine in their own right but tend to bore me. Alien: Isolation was a prime example of a game that dragged on way too long and insisted way too much on flicking switches and hiding in cupboards, squandering some of its great atmosphere (check out my unpopular rant about Alien: Isolation’s shortcomings here). I imagine that a DOOM title that managed to maintain the way it empowers the player, but keeps the resources tight and the enemies menacing could be very well received, but would people be ready to let go of the freedom the most recent titles have doled out in such generous portions?