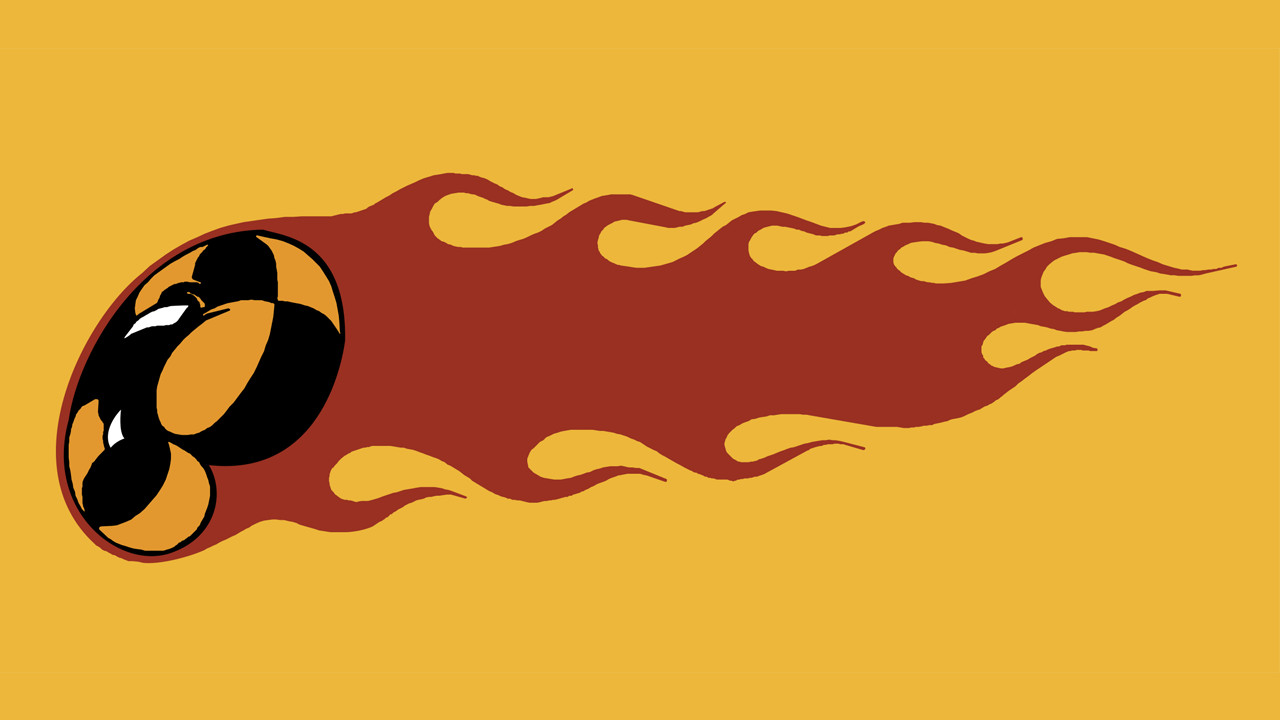 SEGA’s time was up by the turn of the millennium.  The second wind of arcades was long-gone, and 3D consoles were rapidly approaching technical parity with their cabinet-based rivals. SEGA’ Saturn console, released through 1994-95, had floundered after its disastrous North American launch, forcing the company to lean on its arcade muscle while it built a new – likewise equally doomed – console.

This harbinger of doom was the Dreamcast, hitting Japan in November of 1998. Its North American release date was a masterstroke of marketing might, launching on September 9th 1999: 9/9/99. 18 games accompanied the sleek white console when it arrived on shelves, and its subsequent releases were filled with cult classics. Seaman, Rez and Space Channel 5 hardly need introductions.

Yet, it wasn’t enough. As Sony’s PlayStation 2 began its conquest of the globe, SEGA’s chances of re-joining the console race dwindled and died. That wasn’t for lack of trying, though; SEGA’s arcade offerings especially thrived on the Dreamcast. Ikaruga and Marvel vs. Capcom 2 made their console debuts on the console, and their comrades were numerous. One such soldier in the Dreamcast’s arcade army was its 2000 port of Crazy Taxi.

Crazy Taxi, even back then, was a testament to the unbridled creativity fostered by a desperation to win over a dwindling player base and the time constraints of the coin slot. It’s wild, it’s wacky, it’s wicked, and it remains one of the best games on SEGA’s curtain call.


The story of Crazy Taxi doesn’t start with the Dreamcast, or with its own arcade machine. It starts in 1997, with a game about skateboarding. Top Skater was a moderate success, and it had to be. Director Kenji Kanno’s previous two titles (1994’s Jurassic Park arcade game and 1995’s Funky Head Boxers) had received poor reviews, which left an indelible mark on his self-faith.

“I was really disappointed”, Kanno recalled in 2014. “I even hesitated [to work] in this environment because everything I did was not appreciated.” Top Skater, therefore, was a do-or-die development for him. “If it didn’t work”, Kanno continued, “I was really planning to stop working [on video games].”

For Top Skater, Kanno drew upon the thriving skater culture from across the Atlantic. The game’s music was peak mid-1990s, as was its sonic aesthetic. To play, you stood on a skateboard – holding onto the rails if you so wished – and moved it about to perform tricks for points down a linear course. A creative control scheme for a creative, if simple, game. But in the arcades, simple is often what you want. Top Skater proved a hit, and Kanno’s faith in himself was restored.

“If I’m here today talking to you, it’s partly thanks to Top Skater and the success [it] had.”

SEGA were hard at work as well. Their range of arcade boards were growing long in the tooth and needed a successor. This baby of SEGA’s was named NAOMI, and it was the next generation of arcade hardware. Among other producers and directors, Kanno was approached to develop a game for this new technology. After asking around the offices of SEGA, Kanno was advised that ‘something with cars would be easier to get approval [for]’. The prospect of making a racing game (like SEGA’s own Daytona USA) bored him, as he wanted to design a more dynamic game. This new game had to be something that was fun “whether the player was good or not.’”*

From these humble beginnings, what would become Crazy Taxi started to take shape.

The first roadblock of development was a simple one: Taxis aren’t very cool. According to a presentation given by Kanno in 2014, there was much effort required to get his development team on board with the idea. But as they came around to Kanno’s vision, further obstacles to a completed game were torn apart.

The ‘emotions’ of Crazy Taxi – bombastic insanity and late-90s fist-pumping – were settled, drawing inspiration from Top Skater. A locale was chosen for both its elevation variety and its ‘clear blue sky with a refreshing feel’:* San Francisco, California. A toe dipped in realism was deemed necessary, resulting in in-game brand promotion and gamified taxi busywork. The game’s soundtrack would feature Bad Religion and The Offspring, the latter of which Kanno liked a lot.

“I like The Offspring a lot.”, he said in 2007. “And actually during the Dreamcast era, when The Offspring came to Japan, I actually gave them a Dreamcast, to the vocalist Dexter [Holland].” Refusals from other bands to feature in Crazy Taxi prompted these two groups to be the only ones included – resulting in the game’s repetitive soundtrack. However, these constantly-repeated tracks give Crazy Taxi a strong sense of companionship with them. It’s impossible for me to hear 1997’s All I Want without thinking about this nutso game.


Crazy Taxi’s music is essential to its identity; pop-punk suited the game’s chaotic gameplay right down to the dotted ‘i’s. And what beautiful chaos it is! Taxis are driven at a breakneck speed, collisions are heavy and brutal, customers go nuts when you land some wicked air, and the overall physics more closely resemble a Garry’s Mod slapstick cartoon than a round of Need for Speed. These physics were intended from a gameplay perspective just as much as they were from a stylistic one. They’re vital in helping players to forget their frustrations in losing time from a mistake, as Kanno himself noted in 2014.*

At the heart of every great arcade game, especially Crazy Taxi, is this ‘frustration cover’. Making mistakes sucks and being unfairly punished for them is never fun. If frustrated players avoid sticking in another dollar to play again, the game’s failed its purpose. Crazy Taxi does not fail. Its intentionally over-the-top reactions to smaller failures like a collision reassure the player that it is, after all, just a game. Kanno wanted to avoid the ‘cold’ nature of racing games, and intended Crazy Taxi to be a more laid-back arcade game:

“…it wasn’t about focusing on the player’s performance, not having the player enjoy only if he were good, it had to leave an impression even if the player failed, such as enjoying the fast movements, or just enjoying gameplay while listening to the music […] I wanted to make something fun, whether the player was good or not…”

An average game of Crazy Taxi is around 90 to 120 seconds long. That’s much too short for the player to build a meaningful investment in their own progress, another boon for its frustration cover. Most arcade games benefit from this, but it can carry you only so far. A short game is all well and good, but it will never keep players coming back for more without more meaningful reasons to return.

Crazy Taxi, while simple to play, has some truly gnarly tricks to pull off if you’re good enough. With a couple of clutch plays (literally) you can get a quick boost of speed or nail a sick drift, going forwards or backwards. Not the largest ‘movelist’, but it’s the little things. Driving like a lunatic thrills passenger and earns you more money, but a bad crash could shave precious seconds off of your remaining time. Perfecting these abilities and becoming zen with Crazy Taxi’s risk-reward Russian Roulette is essential for climbing leaderboards in the arcades or, as would become possible a year after the game’s arcade release, at home.

And because it’s the 90s, it needed to give NPCs their own names and characters

The Dreamcast version’s differences were enormous, as was (and still is) expected of arcade ports. A second map was available to play, minigames provided further challenges to players, and bugs were patched from the arcade version. The graphics were nicer, too! The switch from an arcade environment to one at home is a drastic one, and this wasn’t lost on Kanno and his team. The new course encouraged more thorough exploration, which was unfeasible on an arcade cabinet at a dollar a play.

“Since you can mess around at home without worrying about time or money, I thought I could express the fun of “learning the town”’, explained Kanno in 2000. Avoiding a “straight port” was the team’s priority in developing the new course; it had further opportunities for experimentation with “all three dimensions”. Playing it today, though, you’re not going to see much of a difference.

As for the mini games, these ‘Crazy Box’ challenges are a real pain in the arse. Completing them is not for the faint of heart, especially if you’re a radical completionist and can’t get off to anything but an S rank. The aim of these games, according to that 2000 interview with Kanno, was to make fun diversions from the main game that would serve as ‘subliminal’ training exercises for Crazy Taxi’s special moves.

In that respect, it still holds up. Each game is challenging, but the hidden mastery of the game’s mechanical secrets is a tad overstated. But hey, you unlock a Rickshaw for completing all of them so you can live out your tourist fantasies or transit nightmares:


When you slap these features in the same pot as Crazy Taxi’s already sublime madness, you get one of the Dreamcast’s most iconic titles. Its sequels wouldn’t fare as well, which I believe is easily explainable. As arcades died out completely outside of Asia, so too did demand for experiences like Crazy Taxi’s. Japanese arcades still get some real gems from time to time, but their Western counterparts would never see the glory days again.

Yet, ‘arcade-style’ games never quite faded away. Flash games – as quick to play as they are to make – are an icon of the 2000s, and the unstoppable rise of mobile gaming in the modern day is chockers with simple and fun games. Ironically enough, Crazy Taxi is one of them…old and new.

Today, Crazy Taxi’s legacy is mixed. It’s remembered by some as a sign of times gone by; a quaint relic of arcade philosophy. For others it’s a game forever young, to its own detriment. For SEGA fans, it’s a reminder of the little console that (almost) could. But for me, a person desperate to drink as much late 90s Kool-Aid, it’s all I want.

“Playing Crazy Taxi not only reminded me of why I love games but why I believe Sega has some of the most talented designers and developers in the history of gaming.”