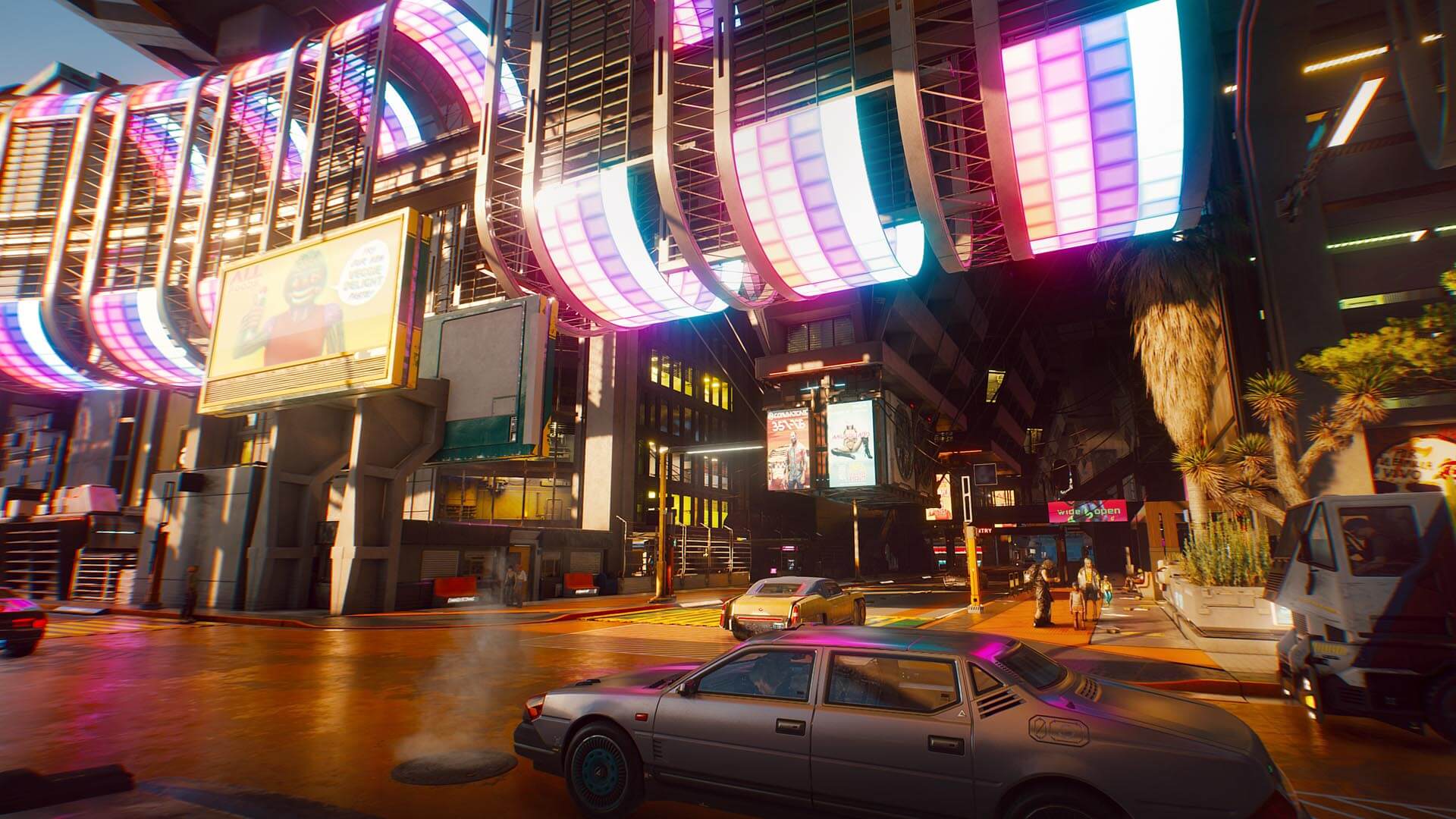 As we inch closer by day to the release of one of 2020’s most anticipated releases, the folk over at CD Projekt RED have dropped yet another episode of their Cyberpunk 2077 info series – Night City Wire. This episode focuses largely on Night City itself, highlighting the various districts and introducing its gangs. Here’s what we saw in Night City Wire Episode 3:

The first part of this latest episode is a three-minute look at Night City, its distinct districts and a glimpse at what life is like within its walls. Food, technology, clubs, rampant crime, a homing crisis – it’s everything you could want. The trailer also hints at an in-lore online homepage for Night City which, of course, turns out to be very real and you can visit that at https://www.nightcity.love.

A developer interview section with Senior Level Designer Miles Tost after the trailer gives us a little more insight into the making of Night City. Tost explains that the team considers the city to be one of the game’s main characters. They’ve ensured that each district feels distinct enough that players will actively want to explore, taking cues from real-life places like Californian cities to ensure the layout feels believable while still somewhat sticking to the original Cyberpunk lore. Tost also takes the time to reiterate just how dense Night City is, and how organic it will feel for players to explore and uncover its secrets and shortcuts and feel like they’re in something more alive than we’ve seen in previous open-world games.

Check out the Postcards From Night City trailer below:

The next section focuses on Night City’s various gangs. Maelstrom, a group of heavily cybernetic-implanted, ruthless killers. The Valetinos, a stylish, pseudo-religious group with their own extreme methods. 6th Street, the ultra-patriotic, militant party animals. The Voodoo Boys, a hacker group with their sights set on taking over Night City. Animals, violent gym junkies with huge muscles and little direction. The Tyger Claws, a tight-knit family of shrewd business people. The Moxes, a group taking Night City’s seedy nightlife into their own hands. And finally the nomad gangs outside the city walls, the Wraiths and the Aldecaldos.

After the trailer, Quest Director Mateusz Tomaszkiewicz explains the integral role that gangs play in Cyberpunk 2077. The game’s gangs are (for better or worse) the true power in the city, and so you’ll interact with them often whether its taking jobs or something more dangerous. Tomaszkiewicz clarifies that because main character V is a mercenary, gangs won’t trust him enough to let him join their ranks. V can kit themselves out with the gangs’ bespoke equipment like vehicles, weapons and clothing.

You can watch the Gangs of Night City trailer below:

As part of this episode, we also finally get a look at the system requirements for playing the game on PC. They’re surprisingly manageable, especially on the recommended side. It’s also interesting to see the storage requirement weighing in at a very reasonably 70GB given its scope and when compared to other AAA titles, though if you’re running it on an SSD as recommended that’s still a decent chunk. Full requirements table below:

Cyberpunk 2077 releases this November 19th to PlayStation 4, Xbox One and PC and will also play on PlayStation 5 and Xbox Series S | X.