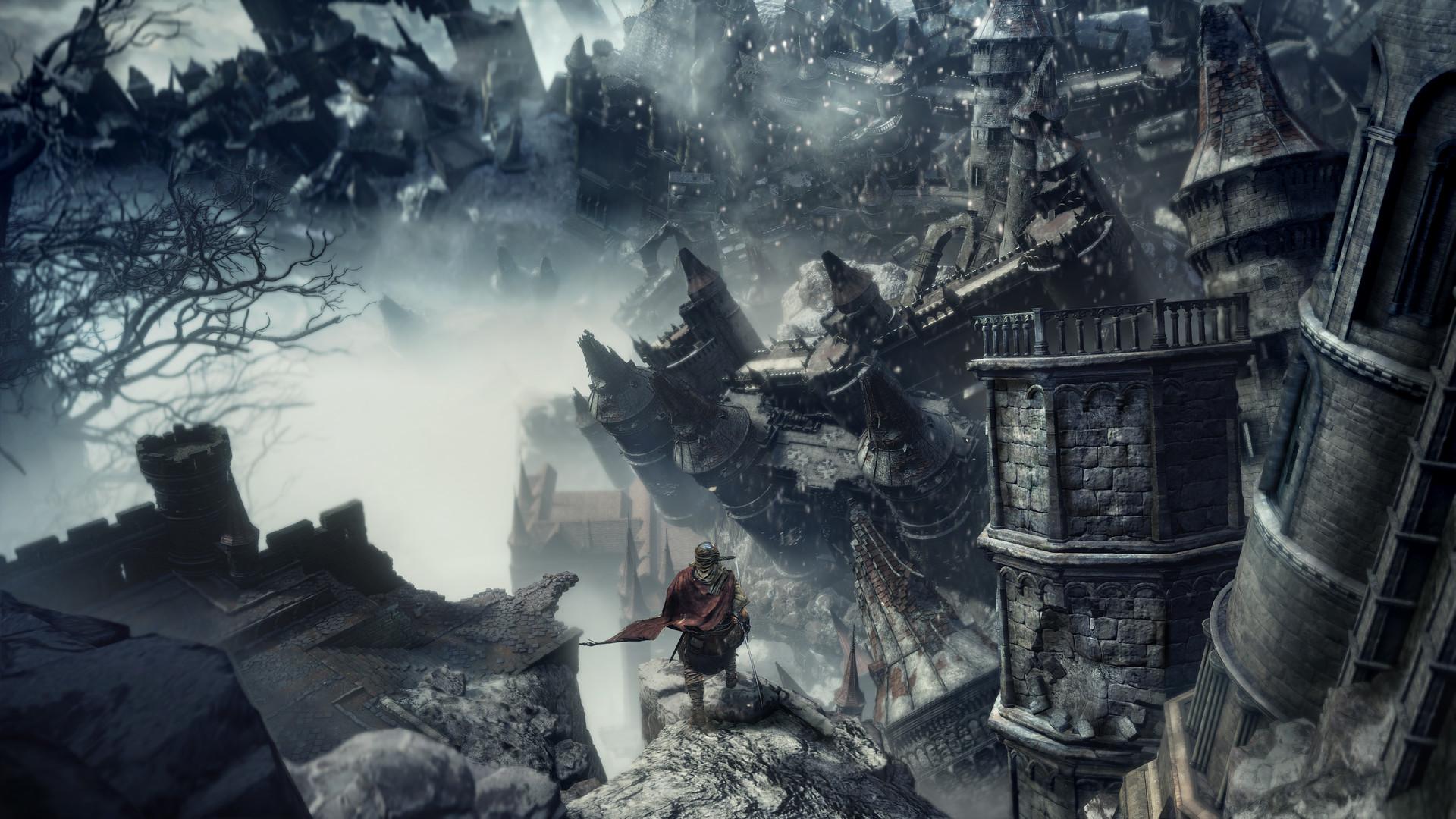 FromSoftware are easily one of my favourite developers. While they have repeatedly shown that they don’t understand what optimisation is, they have also repeatedly shown that they know how to design and create a game with substance. Bloodborne: The Old Hunters is one of my favourite expansions ever. It had superb level design, fantastic music, memorable bosses and a great story. It really is some of their best work. The three expansions for Dark Souls II (Crown of the Sunken King, Crown of the Iron King and Crown of the Ivory King) were also fantastic and it blew the base game out of the water. Let’s also not forget about the incredible Artorias of the Abyss, which had challenging boss fights all round, my favourite being Knight Artorias. With this in mind, when I was given the opportunity to play a preview of Dark Souls 3’s upcoming expansion, The Ringed City, I relished the offer.

The preview I played used a miracle, strength and dexterity based character, so my healing spells, Sunlight Spear and the like were all available to me. The Ringed City has a lot to prove to make up for the lacklustre Ashes of Ariandel expansion. In my review of that DLC I commented that it lacked that classic Soulsborne feel where everything connects, and in fact it was quite linear. I also felt the expansion was too short, only containing a meagre two bosses. Well it seems that FromSoft have changed this, and the snippet that I played was intricate and… convoluted. The environments I traversed through were definitely cool and creative and the enemies definitely hit hard.

True to the Souls legacy there are quite a few new enemies capable of handing your arse to you. A large beast in particular seemed to have my number but after mucking around, I realised its placement left it completely vulnerable to repeated drop attacks. There are some familiar faces too in the form of the Lothric Knights, but the simple ‘hold your shield up and walk around them’ tactic still works a treat. It is definitely reminiscent of an older style of Souls, whereby you’d face-off against larger sized foes and have to properly time your movements and attacks. I did certainly enjoy this, especially seeing as the enemy was incredibly unforgiving. Some of the other regular foes, or dregs if you will, had some cool movements/attacks that emphasise the base game’s faster feel compared to other Souls games.

Looks like someone needs to lay off the Maccas.

Another notable enemy was one that overlooked multiple areas. If it caught a glimpse of you it would send a barrage of arrows made of light which hit quite hard. I’m not going to give away how to defeat these enemies, but it is rather unconventional compared to most. As for how the areas were visually, I was a little disappointed to see that it’s still reliant on the dilapidated castle aesthetic, but there was still some variety. The little bit that I played saw me also go down into a poison swamp which was quite unkind (memories of Blight Town). The background, as always, was grand. FromSoft have always had a knack for making great backgrounds and skyboxes.

But back to the level design, I repeatedly found myself at dead ends, some of which you could not return from without using a Homeward Bone (a consumable which sends you back to your last used bonfire) which was very disheartening. I’m all for punishing the player, but forcing them to either die or use a Homeward Bone to backtrack just isn’t smart. Mind you, most people who would be up to The Ringed City DLC would already have the Coiled Sword (works the same as a Homeward Bone except it has infinite uses) so it wouldn’t prove to be an issue economically speaking. But that doesn’t detract from the fact that forcing players to use an item to get out just seems like bad design. Of course it’s entirely possible that I was missing something – it is FromSoftware after all.

In terms of challenge, The Ringed City is definitely a step above Ashes of Ariandel. One of my biggest issues with the Ashes of Ariandel is that is just wasn’t incredibly challenging. On a blind playthrough in NG+4 I managed to complete it in a mere couple of hours. While The Ringed City didn’t seem to be as challenging as something like Artorias of the Abyss, it still provided me with the realisation that I’m not as amazing at these games as I thought (I’m still pretty great though). Unfortunately, I didn’t get a chance to face off against any of the bosses that the expansion has to offer, so I can’t give any thoughts on that, but I’m going to remain optimistic and hope that they are challenging as well as memorable.

Overall, I’m remaining optimistic about Dark Souls 3: The Ringed City. It’s obviously a little crazy to expect FromSoftware to deliver great expansions 100% of the time and if their track record is anything to go by, there is a 5 in 6 chance of it being something worthy of the Dark Souls name. The Ringed City is the second and final expansion for Dark Souls 3 and is set to release for the PlayStation 4, Xbox One and PC on March 28.