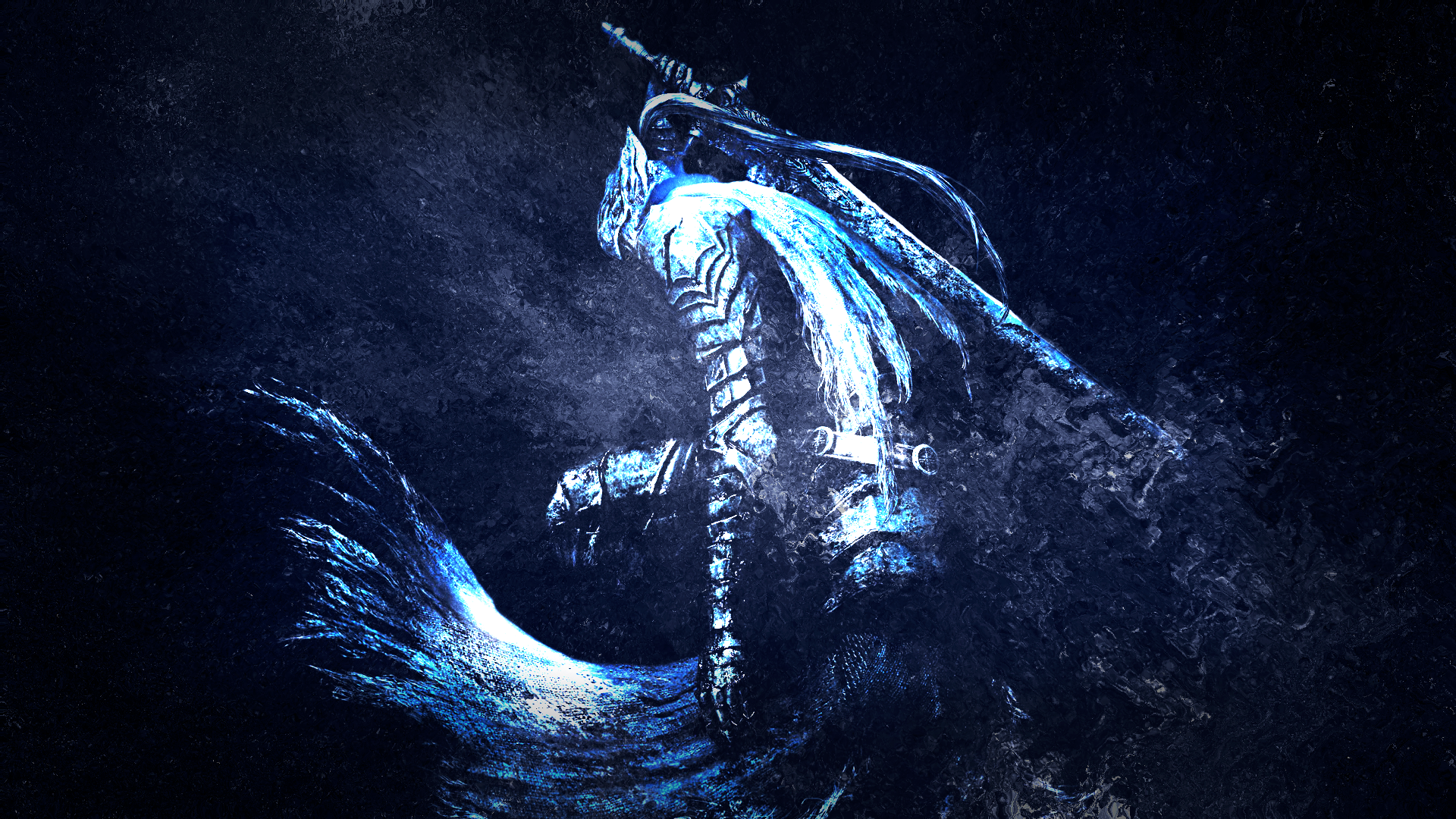 Before I start detailing the lore of what is pretty much my favourite character in the Dark Souls universe I will quickly explain a few things to better your understanding of his lore. Darkwraiths are servants of the Abyss and Darkstalker Kaathe (a primordial serpent whose goal is to shroud the world in darkness by allowing the first flame to die out, thus ending the Age of Fire; ushering in the Age of Dark). The Abyss is an endless expanse of darkness which seeks to corrupt all living things. It is also host to one of the bosses, the Four Kings.

Sir Knight Artorias, better known as Artorias the Abysswalker, was one of the four knights of Gywn (the highest knights of Lord Gywn’s army). He had an undeniably strong hatred for servants of the Dark, especially the Darkwraiths of Kaathe. His skills as a greatsword-wielding warrior were unparalleled and were further embellished by the Wolf Ring, a ring that Lord Gywn made himself to assist Artorias’ already impeccable skill. While he was in New Londo, Artorias discovered the ability of abysswalking, meaning he could traverse the Abyss without being corrupted and swallowed by it, hence earning him the title of “Abysswalker.” While Artorias was on his quest to fight the Abyss he ventured to the land of Oolacile when it was attacked by Manus, Father of the Abyss (the time frame is unspecified). Upon venturing there he tasked himself with rescuing Princess Dusk of Oolacile. As he was fighting, Artorias became corrupted and deeply marked by the Abyss. With his shield-bearing arm completely broken and the Abyss slowly overcoming him, Artorias could sense his end was near. Knowing this, he selflessly gave his shield to serve as a magic barrier, protecting his loyal battle companion, Sif, from the horrors of the Abyss. Following these events, he became completely enveloped and corrupted by the Abyss.

But that couldn’t possibly be it, could it? No.

Some time had passed until an unknown hero (the player) traveled to the past and slew our once brave knight. Through this, Artorias was freed from the grips of the Abyss and without anyone really knowing what actually happened to him, his honour remained intact. Instead of becoming enslaved by the Abyss and perishing by the hands of an Undead, most believe he perished fighting the Abyss. This aforementioned unknown hero ventured into the Abyss and continued what Artorias could not. Slaying the dark creatures of the Abyss, saving Sif and destroying Manus, Father of the Abyss, culminating in the safe rescue of Princess Dusk of Oolacile. Even though this unknown hero was the one who saved Dusk, she believes it was Artorias who saved her, further cementing the common belief that Artorias perished while fighting the Abyss, saving Dusk.Praise the sun!