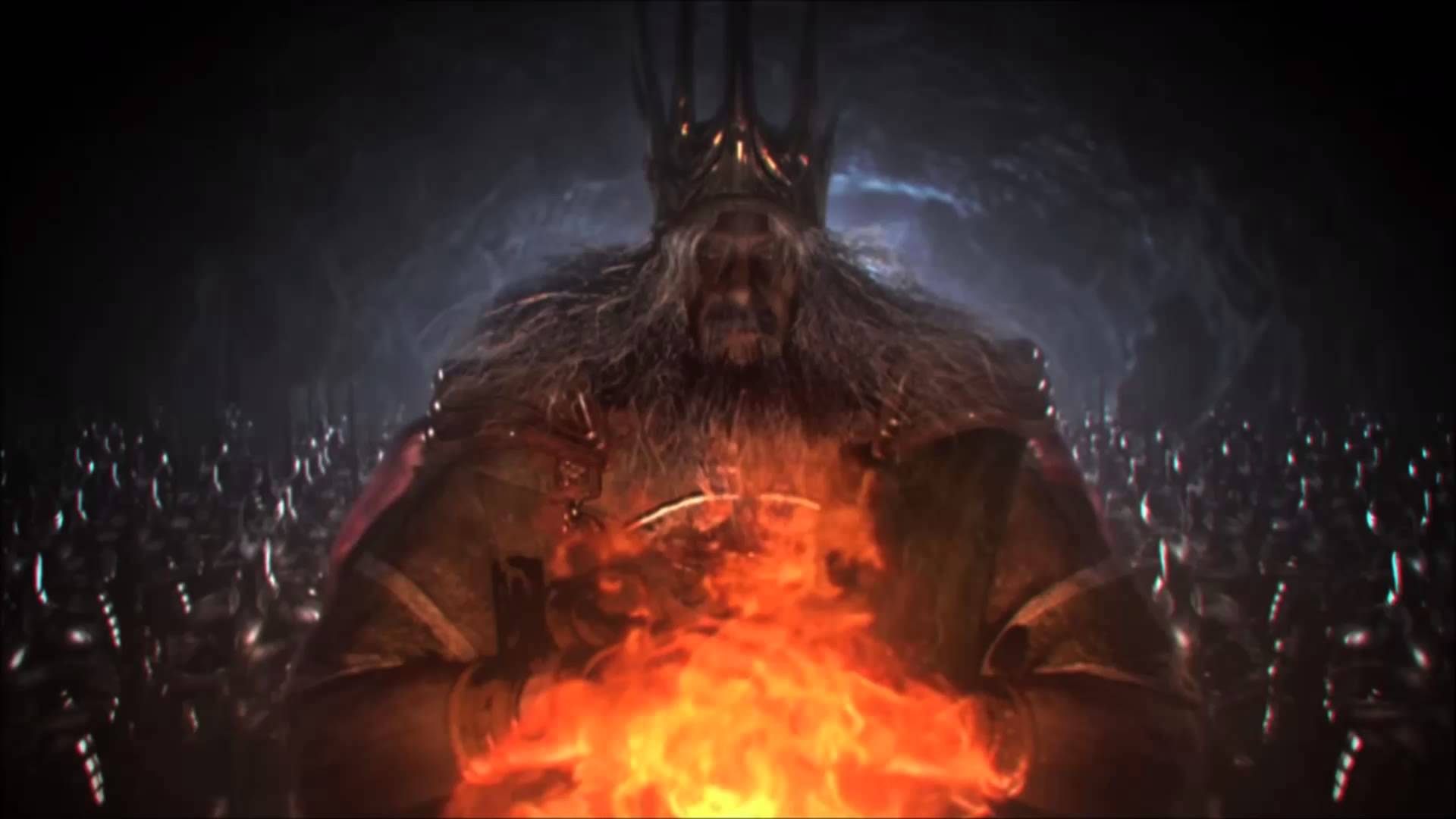 Gywn is one of the gods that vanquished the Everlasting Dragons long ago in the War of Fire. His Lord Soul granted him godlike power over the sun and lightning and he bore the title of Lord of Sunlight. He had three children; Gywnevere, Gywndolin, and firstborn a male. The male was a war god whose name was lost by the time the Chosen Undead roams Lordran due to the fact that his godhood was rescinded by Gywn. It is commonly believed that Solaire of Astora is this unknown son of Gywn. The children’s mother is unknown.

Long preceding the events of Dark Souls, the Witch of Izalith attempted to rekindle the First Flame using a soul, however, her failure backlashed and created the demonic mass of chaos known as the Bed of Chaos. Determined to do what The Witch could not, Gywn abandoned the great city of Anor Londo to rekindle the First Flame, bringing half of his knights with him, while the rest remained to guard the great city. However, before he left, he bequeathed parts of his very won Lord Soul to the Four Kings of New Londo and Seath the Scaleless. After successfully linking the Fire, the First Flame burned his knights (creating the Black Knights which so fearlessly wander Lordran, some still remain in the Kiln of the First Flame) and Gywn became the fuel of the flame. In doing this, his title was changed to Lord of Cinder.

It is believed that it has been at least a millennia since these events transpired and the events of Dark Souls begin. Gywnevere, Princess of Sunlight, Kingseeker Frampt and Darkstalker Kaathe give the Chosen Undead differing views of Gywn. According to Gywnevere, the Chosen Undead must become the successor to Gywn, stating that doing so would prevent further sacrifices to be made by the Undead and that without the Fire “all shall be a frigid and frightful dark.” Kingseeker Frampt shares Gwynevere’s views on this, however Darkstalker Kaathe’s opinion differs.

When given the chance to speak to the Chosen Undead, Kaathe insists that the Age of Dark — which is apparently also supposed to be the “age of man” — would naturally follow the Age of Fire.  Gywn, in fear of the Dark and humans, defied nature and sacrificed himself to link the flame. Kaathe believes it is the Chosen Undead’s fate to do the opposite of what Gywnevere and Frampt want and destroy Gywn to usher in a new era, the Age of Dark.

Gywn’s army had the Four Knights of Gywn who were more or less the commanders of his armies: Dragonslayer Ornstein, the captain of the guard, Hawkeye Gough, commander of the Dragonslayers (suck it Ornstein), Lord’s Blade Ciaran, the assassin; and the fearsome Knight, Artorias the Abysswalker.