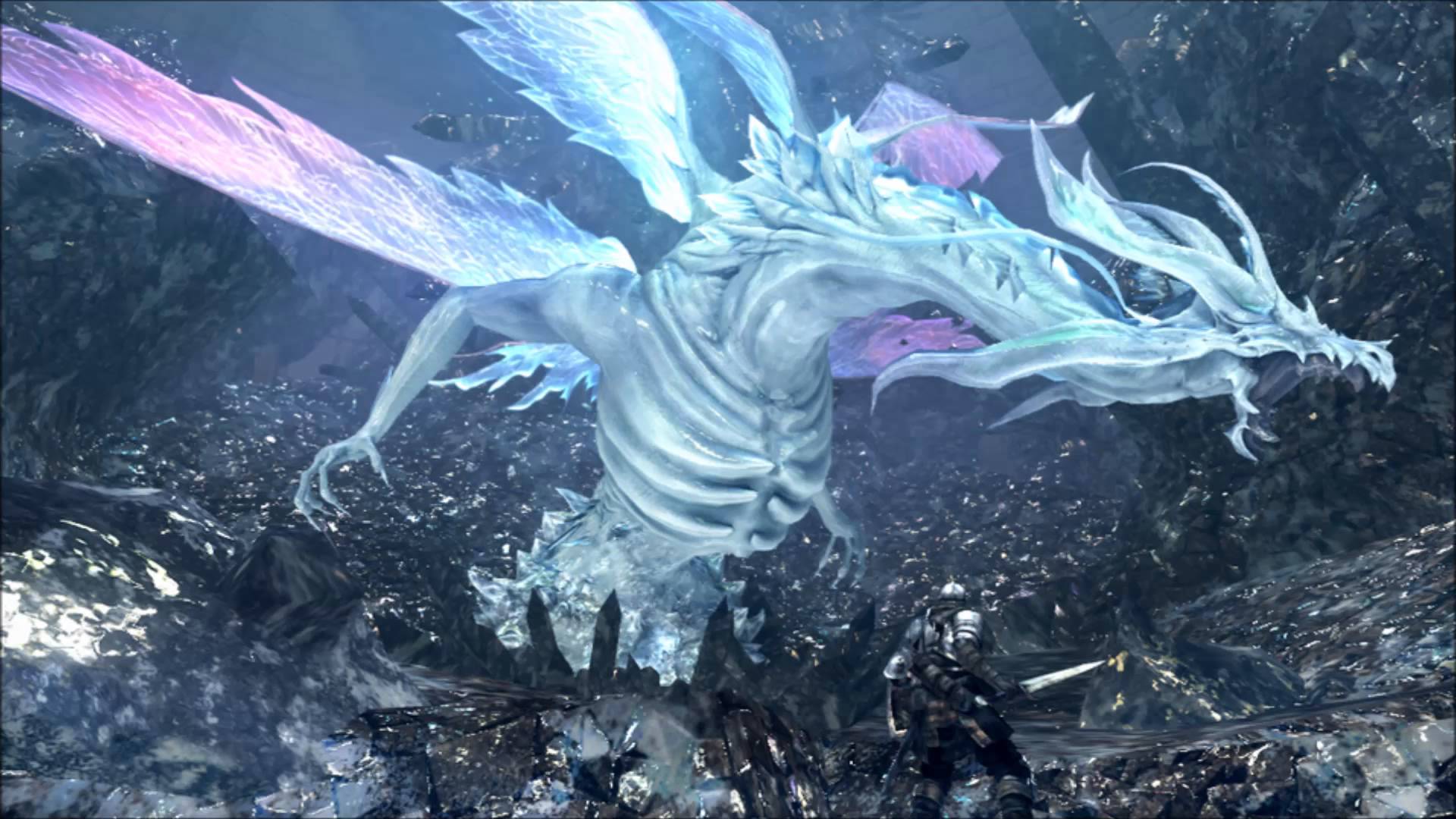 Seath the Scaleless is a dragon who unlike his brethren is not blessed with stoney scales. Due to this lack of scales he does not have the immortal status that the previous dragons enjoyed and is somewhat of a misfit amongst his kind. Guided by jealousy he made a deal with Gywn, Lord of Sunlight, a deal that would come to seal the fate of the Everlasting Dragons.

Seath the Scaless betrayed his own kin by aiding Gywn with knowledge of how to defeat his scaled brethren. He is the one who told Gywn that to defeat the Dragons he would need to rip their scales off using lightning. During the war, Seath acquired the Primordial Crystal which granted him immortality, making him a “true undead.” As a reward for his help, Gywn gave Seath Dukedom, a part of a Lord Soul and the Regal Archives, also known as The Duke’s Archives.

During his time as Duke, Seath became obsessed with his experiments and research. Over time, he garnered a myriad of tomes and was eventually driven mad by his research. The Channellers, sorcerers that adhered to Seath’s every wish, traveled afar into lands that are not even mentioned in Dark Souls in order to gather new specimens for Seath’s work. Many of the subjects who he experimented on were women, and these experiments resulted in “mistakes.”

Key to the cell of the Duke’s Archive Tower: “The Archive Tower, once a trove of precious tomes and letters, became a prison after the onset of Seath’s madness. The serpent men who guard the prison know not the value of what they hide. In the basement of the tower are the writhing “mistakes” of the terrifying experiments which were conducted there.”

These aforementioned “mistakes” are the Pisacas whom reside on the bottom floor of the Archive Tower Prison.

The Six-Eyed Channellers are what Seath used to compensate for his lack of sight. They exist to act as his eyes. His Crystal Soldiers and some Serpent Soldiers populate the fortress to guard the prison.

Many believe that Seath is actually the grandfather of Sorcery and that he is the object of Big Hat Logan’s obsession. Along with the Pisaca’s, Channellers and Crystal Soldiers, Seath also created the Crystal Golems and the Crystal Ember.