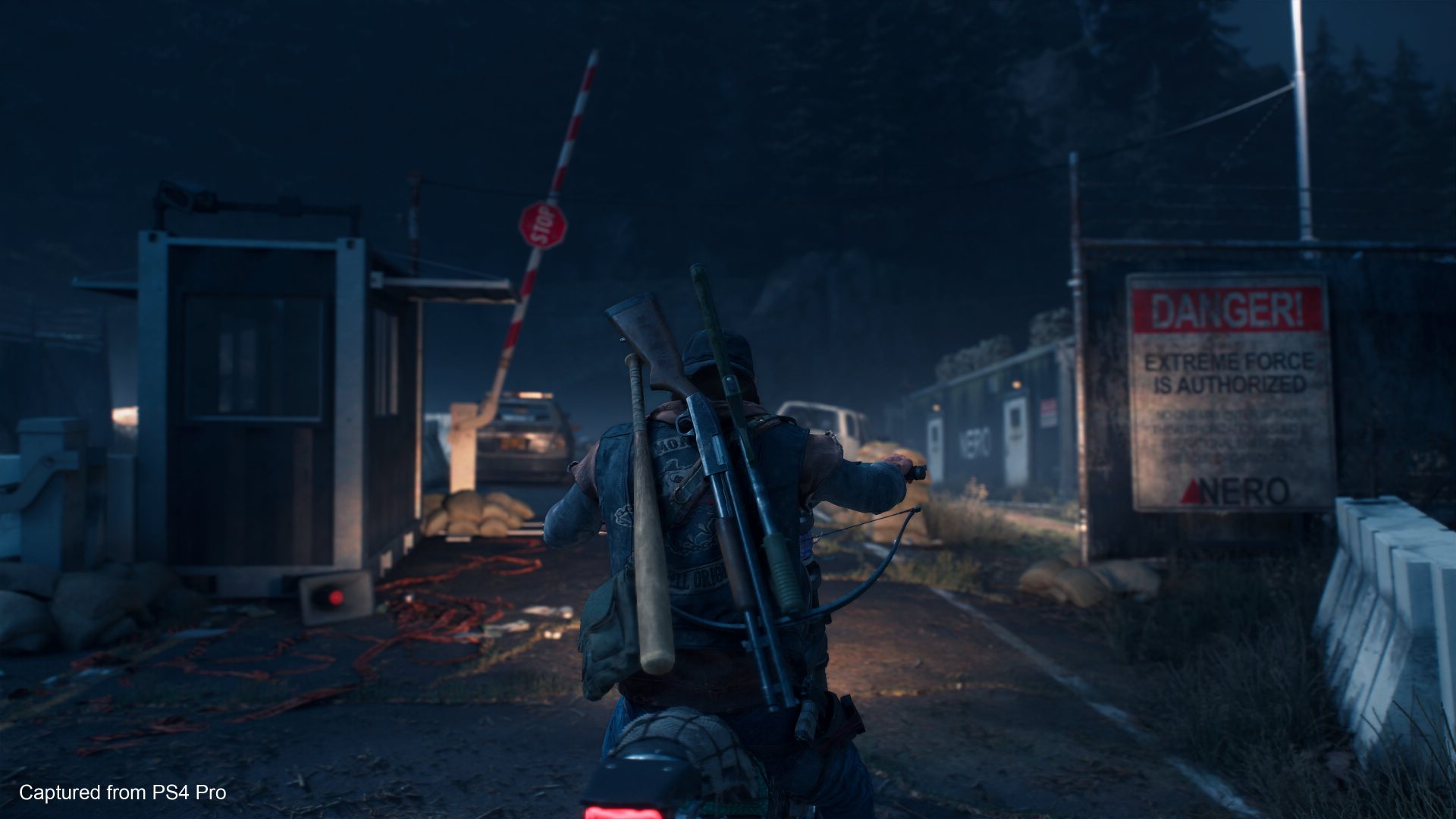 Sony has been very strong when it comes to exclusives this generation. Time and time again they’ve given players a reason to invest in the PlayStation platform. 2018 was always going to be a tough year to follow up, with heavy hitters God of War and Spider-Man stealing the show. Days Gone is the beginning of Sony’s follow-up to their stellar line up from last year, and I will admit that as I’m not a big fan of zombies the game has never been one of my most anticipated titles. However, after spending a few hours with the game at a hands-on preview event in Sydney ahead of its April 26 release, I can safely say that while the game may not be my cup of tea, it certainly has a lot of upsides.

To preface a lot of what I’m about to say, do keep in mind that the build which I played isn’t final and so there may be a number of things that change from when I played and what will be available come the full release. Things in terms of story and general gameplay will be the same, but any technical issues (of which there were virtually none which is a good sign) and facets which are the result of being incomplete in nature will be subject to change. Furthermore, I’ll try to keep this spoiler-free, but if this teeters on the edge of spoilers, keep in mind that what I played was the beginning of the game, so any major plot points are yet to be revealed.

Days Gone sees you take the shoes of Deacon St. John (voiced by Sam Witwer, the voice of Darth Maul and Emperor Palpatine in the Star Wars animated series’ and various Star Wars games), a bikie ruffian who had to say goodbye to his old life and his new wife when an outbreak of an unnamed virus causes mass extinction of human and animal life, turning many of the afflicted into Freakers. After some time passes, Deacon and his pal Boozer find themselves on the hunt for an acquaintance of theirs which inevitably bites them in the arse, causing them to be obligated to help a community they’d otherwise ignore.

It didn’t take long for the writing in Days Gone to focus on who Deacon is as a character. While on the outside he may seem like a generic dudebro, as time passed it was apparent that he has actual depth. For the most part of what I played, he can be a bit of an angsty bloke who holds the world responsible for the loss of his wife, but there’s clearly a more emotional side of Deacon that we’ve yet to see fully exposed. The actual writing and story of Days Gone would easily be one of the highlights of the experience. I would actually be interested to see how the writers at Bend develop not only Deacon as a character but the supporting cast like Boozer and the other people that you’ll come across during your time playing the game.

Sony Bend has implemented some really cool mechanics which focus a lot more on choice than most survival games. There are two kinds of save points: a bed and your bike. The bed is a fairly self-explanatory save point and is nothing new for a game of this kind (hell, Minecraft even appropriated the bed to a respawn point allocator); you rest at a bed, it saves your progress. Where the game separates itself is with the bike. Normally, the Freakers who roam about the map have a certain level of perception and if you make too much noise or stand out in the open they will quickly find you and you can very easily become overwhelmed (and eaten).

The bike, which is a considerably faster method of transportation than sprinting around, also produces a considerable amount of noise, attracting more Freakers in the process. To combat this side effect, the designers at Bend have made it important to keep the bike with you, meaning you’ll have to repair it and refuel it as well. If you stray too far from your bike, you will quickly find yourself unable to save. This won’t be too much of an issue if you are a player who approaches combat engagements in a cautious and calculated manner, but for the average player or those who like to go in guns blazing, I highly recommend keeping the bike nearby, especially when you enter a new mission. There is nothing worse than losing a whole lot of progress because of a silly decision or because a situation didn’t play out how you expected, so consider yourself warned.

I really did like this design choice as it perfectly complemented the frequency of Freakers around the map. Instead of opting for the usual drip feed of enemies and then throw a horde of enemies at once, Days Gone opts for a fairly consistent amount of Freakers throughout open-world Oregon and increases the density of enemy population where it would be appropriate, like in a town. There are still hordes that you can randomly encounter, but these are relied on far less than your standard survival game.

Bend’s artists have gone above and beyond in making sure that the world of Days Gone is one of beauty and hostility. The art itself is impeccable and communicates the environments really well, switching between densely packed woodlands to sparse and harsh desert-like environments. Where the preview build’s visuals fell short, however, were with its lighting. Days Gone uses Unreal Engine 4, an engine that has been used to power a number of gorgeous looking games like Hellblade and Gears of War 4, but in my time playing Days Gone, I noticed that textures and the environment didn’t react to light very well. Everything from the landscape to the enemies and even the bike seemed to absorb light, not reflecting any at all. To make matters worse, the areas where the lighting should be dark are still so bright that using the torch feels useless, and doing so might even blind you because the torch is way brighter than it needs to be.

The only other concern I had was with the animations. There seemed to be a subpar level of lip-syncing which broke the immersion in some of the cutscenes and executing the enemies was made increasingly unsatisfying due to a lack of animation in that regard. The bodies of the Freakers just did not react at all. For example, stabbing a Freaker in the head to kill it didn’t cause any blood splatter or for any flesh to be loosened by the incision, which made for an oddly boring execution. Outside of this, there weren’t really any technical issues I encountered, which is a nice surprise (especially after playing Anthem). Hopefully, Bend can add some extra polish and refine some of the above issues before launch.

If I had to sum up Days Gone in one word based off of my time with it, I would call it promising. There are a few things that I really liked, such as the saving mechanic, and I am interested to see how the story progresses and develops over the entirety of the game. But as someone who plays games for things like their feedback (how a game feels to play), it just fell a tad short for me. While I can’t really envision myself dropping whatever I’m doing to play this game on launch, I have no doubt it’s going to satisfy a lot of players’ appetites.