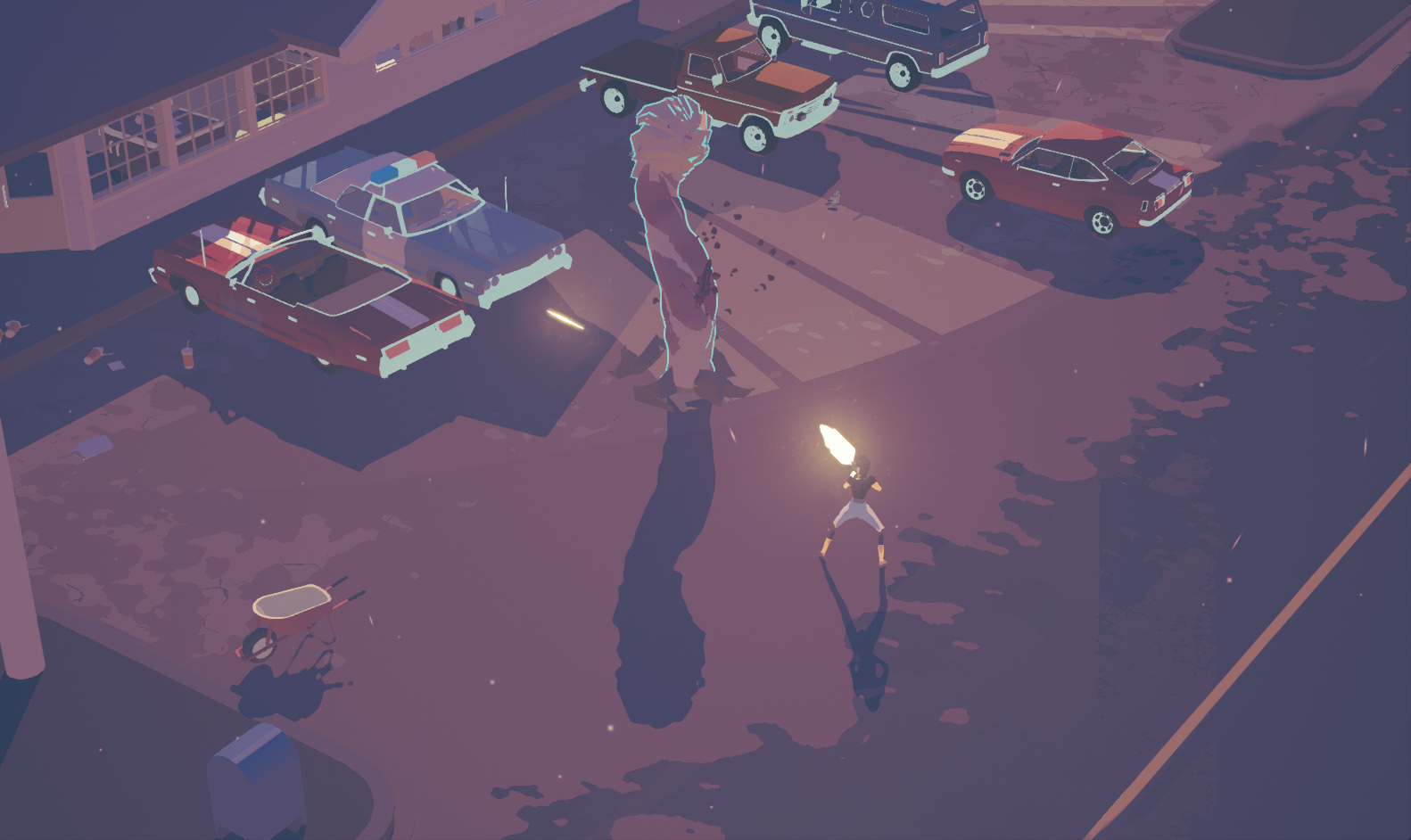 Dead Static Drive is one of WellPlayed’s most anticipated video games. Not only because it’s made right here in Melbourne, Australia, but because it looks like a damn good time – I mean any game that coins itself as “Grand Theft Cthulhu” instantly has my attention. This post-apocalyptic American joyride has been in the works for a while now and every year we hope that this is the year we finally get to have it in our hands, but alas, being an indie dev during a global pandemic has meant that timelines and priorities have shifted. It’s been more than two years since we spoke with Dead Static Drive creator Mike Blackney for our Made In Australia segment about the game and his studio Team Fanclub (now Reuben Games), so we decided to hit him up to see how development is going and to see what’s changed since last time we spoke.

WellPlayed: It’s been a while since we’ve spoken, how is the game’s development progressing?

Mike Blackney: Thanks Zach, the development has been going great. And by that I mean we’re dragging along through a pandemic without everything falling apart.

WP: The team has grown in size over the past couple of years. How has this helped the game’s development?

MB: It’s been an incredible boost to the game to get more people on it.  We got incredibly lucky with the staff we chose – I’d like to say it was good hiring practices, but most people who worked on the game were hand-picked and we only had to conduct interviews a few times. Working solo on the game was my real dream but when the scope of the game is this huge (and it is huge!) then there’s no way it’ll get finished in a reasonable timeframe as a solo project. Not that I’m saying we’ll be releasing in a reasonable timeframe – I know our Twitter fans are all clamouring for a release date announcement.

We’re currently working as a two-person team with me doing coding and art and Leena (van Deventer) doing the writing, production, and comms.

WP: How much has the game changed since we last spoke in 2019?

MB: It hasn’t changed since then so much as it’s become more concrete. In 2019 we had plans and were working to make some of them appear – which meant lots of level design work and loads of writing and implementing monsters. We have two of our biomes finished and are finishing content and adding polish at the moment.

WP: Will Dead Static Drive take advantage of the Series X hardware at all?

MB: I can’t say for sure, yet! We’re going to be launching on Xbox One and Series at the same time, but we’ve only recently acquired a kit for Series X so we’re going to want to play with it and see what fits. We’re very excited to see load times boost – currently the load times on console are a few seconds between maps, and that’s on Xbox One, so I’m keen to see the visual quality and load times on the new kits.

WP: Has development faced many challenges as a result of the COVID-19 pandemic?

MB: Oh, absolutely we have. Even though we’re working mostly with contractors, we wanted to be understanding and make sure that contract workers could take time off and have our understanding when their workload or mental load got hit. That means that our budget needed to be flexible and that comes with its own challenges. We’re making it work, though, and knowing that we’re making something that people are really psyched for is a huge motivator on those days when Dan Andrews needs to push a lockdown back or when we’re managing home-schooling our kids while working beside them.

WP: The studio recently changed its name from Team Fanclub to Reuben Games. What was the reason for this?

MB: I never loved the name Fanclub as much as I felt I should! Back when I formed the company there was a deadline for an application I was filing and I needed a company formed in a matter of hours. The name I’d had my heart set on was trademarked a few days before I went to register my company, so I had to quickly smash together a list of alternatives. But Leena and I had conversations about renaming the company and co-directing it, and we felt like a new name for our new baby would help us feel proud of what we were doing together.

WP: With the popularity of Xbox Game Pass exploding since it was revealed that Dead Static Drive would be landing on Xbox Game Pass on day one, you must be stoked that your game will be available to millions of players on launch?

MB: Honestly, I take the credit for that. Everyone who signs up is clearly doing it so they’re ready for DSD when it drops.

WP: You know it’s coming, but I have to ask – when are we likely to have Dead Static Drive in our hands? We’re dying to play it!

MB: Hahaha if we had a release date we’d be pushing it in front of everyone’s faces!  Seriously – the last time I hinted at a release window we were hit by a global pandemic the next month so I’m going to be cautious with my world-dooming powers and just say “when it’s ready.”

WP: Thanks for your time once again and best of luck with the game’s development.

MB: Thanks so much Zach, any time!