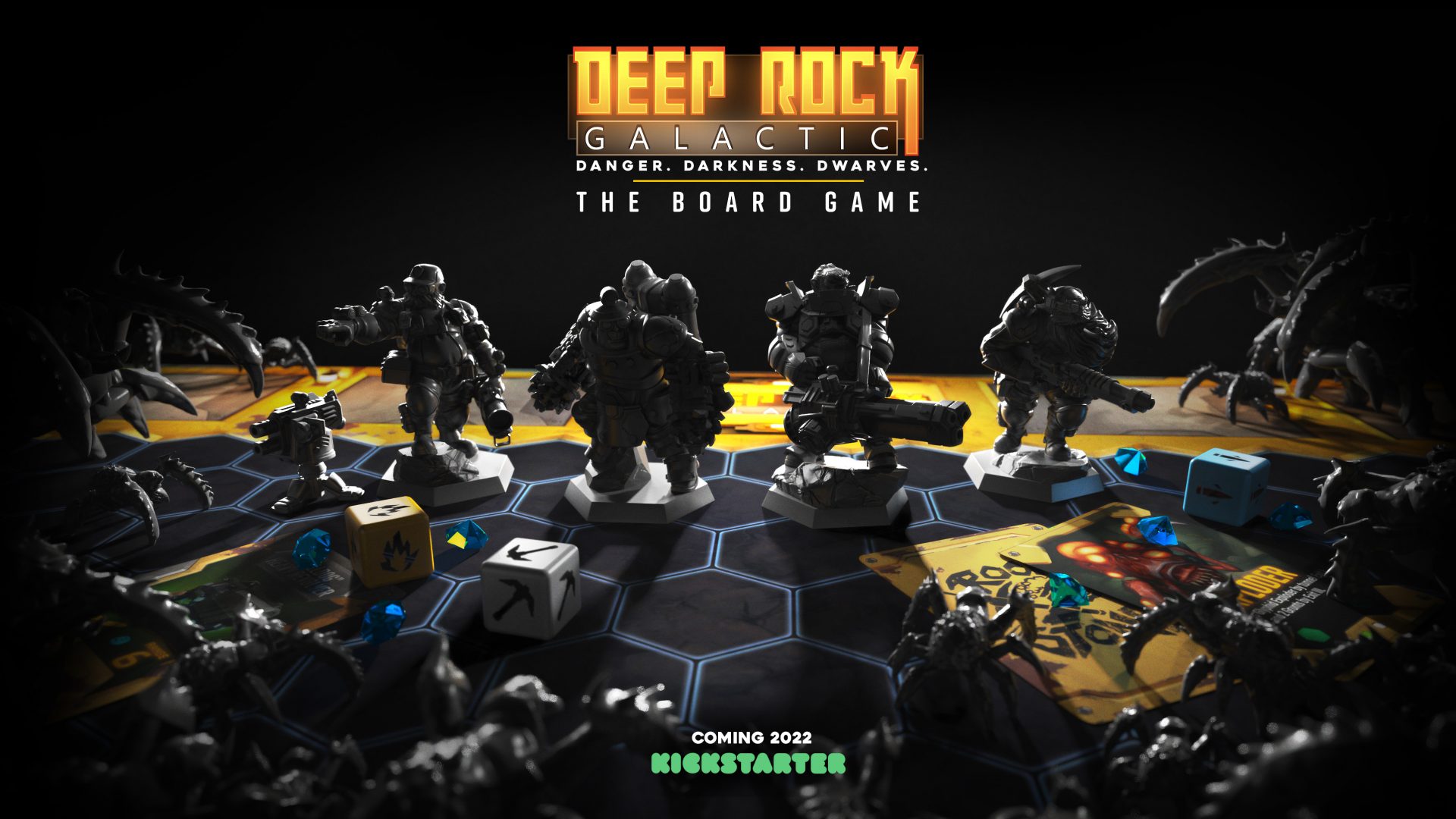 Ghost Ship Games CEO and co-founder Søren Lundgaard made the announcement via the game’s Steam Blog, sharing early prototype images and giving us an idea as to how the game will be played. Embracing the same core concept of the PC and Xbox game, the tabletop experience will be a dungeon crawler that’ll have one to four players assuming the role of dwarven miners. The game is currently being designed by Ole Steiness, the man behind Champions of Midgard, alongside the Ghost Ship crew.

Lundgaard explains that early versions of the game focused predominantly on traversal, though this “turned out to be too fiddly.” The current state of the game sounds like it’s more combat-focused, though exploration will still be a major mechanic. Working cooperatively will be necessary, with your team digging, gathering resources and fighting off the never-ending alien threat.

The game will have a mission-based progression, with smaller stories told within a larger objective. It won’t be a campaign-style game like Gloomhaven or Werewolf Legacy, instead opting for more direct missions that can be knocked over in one sitting. Lundgaard did mention that mini-campaign expansions could be on the cards for the future as well, so new mechanics and areas could always be added.

Deep Rock Galactic: The Board Game doesn’t have any kind of release window, but it will be receiving its own Kickstarter campaign in 2022. You can register your interest in the project HERE.

Are you a Deep Rock Galactic fan? Does this tabletop adaptation catch your eye? Let us know in the comments or on our social media.