Destiny has been out for a little over two years, and what a crazy two years that has been. The game was very ill-received when it launched, with popular opinion being fairly negative towards the game’s palpable lack of story and basic content. Fast forward a couple months and Destiny’s first expansion The Dark Below released, and let’s be real, it wasn’t much better. The mistakes that they had made with the base game were repeated with the addition of an even worse move – the upgrading of players’ exotic weapons and armour which also reset their progress on the weapon/armour upgrades. Bad Bungie. Then in May of last year Destiny received its second expansion in the form of the House of Wolves expansion. The controversy of this one wasn’t really anything in the expansion itself, but rather Bungie’s decision to not include a raid with this expansion. Instead, they gave us Prison of Elders which you can read about here. While this replacement wasn’t necessarily bad, it just wasn’t as fun as a new raid could have been. Then later that year in September, Bungie dropped the biggest expansion the game has seen in the form of The Taken King. Now this was truly a benchmark for the game. Costing $70 at the time, The Taken King sought to rectify a lot of the mistakes that past expansions (and the base game itself) had made. There was a massive amount of content, and old game mechanics were reworked and streamlined to allow for an easier playing experience, especially for more casual players. After that, we only really saw a free update in April which added some cool content and revamped the Prison of Elders. But there are some issues that lie within the game which haven’t been fixed, and while some of you may disagree (which is fine) these are things that may hamper the experience or negatively impact how others feel about the game. Please do keep in mind that this isn’t written by a hater, I personally love the game, but these are just issues that have persisted.

Lack of any real story or direction 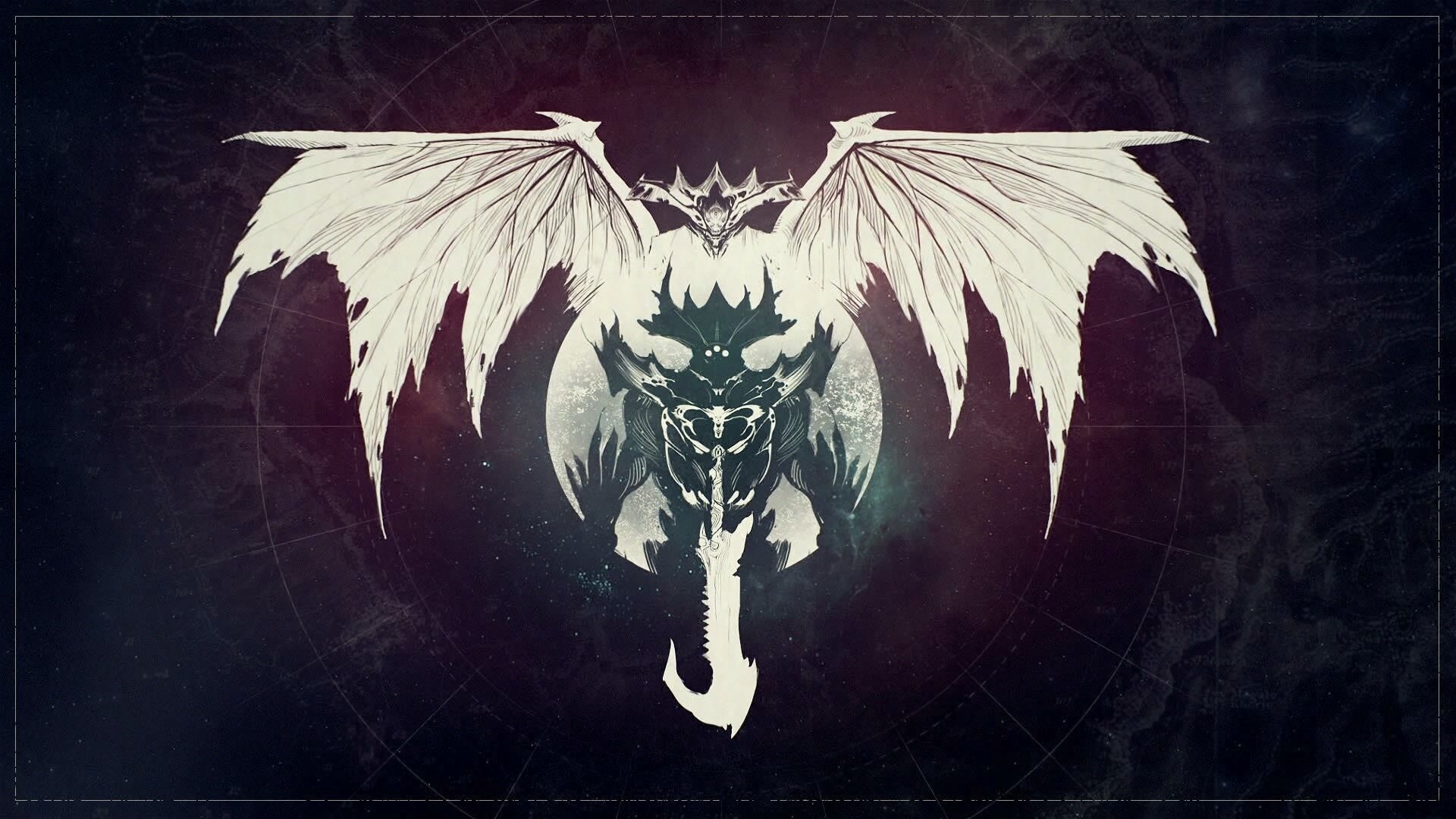 Are you really surprised that I’m raising this point? One of the biggest gripes that reviewers and gamers alike had was that the vanilla game had essentially no story; the plot ended before it really began. The only time Bungie have really rectified this was with The Taken King’s story, but once again, the story ended just as the plot was really being established. Now, I understand that the raid is the true end of the story (where you truly kill Oryx), but the writing beforehand is just too short. The plot is one that has potential, but instead is ruined by pacing issues in an effort to keep it around eight missions. I know it’s hard to really nail a solid story/campaign with the type of game Destiny plays as (there really is no game like it), but putting important dialogue (which is both essential to the story and character building) in as what is basically background dialogue in social spaces is a bad move. One of the reasons that Bungie’s Halo series was such a success is that it had memorable campaigns, properly defined characters who you grew to care for and cutscenes to deliver important dialogue which developed the plot. So how could Bungie have such a fall from story-writing grace?

While the game itself lacks any real story, Bungie have tried to take a page out of FromSoftware’s books and tell the story through lore. But this is where one of the biggest design flaws are. While there is a massive amount of lore for you to sink your teeth into, you have to access it externally using the Bungie website or the companion app for your smartphone. For starters, not everyone wants to read the story on their phone (though it does make a very interesting read when you’re taking a long dump in the thunderbox), and secondly, you cannot access it in the actual game! What the hell Bungie? How can you have a story-driven game and then tell me to access the story I need to open my phone or computer?

Rise of Iron unfortunately wasn’t much better in this department. The premise of it was really cool, with the Fallen becoming technologically superior through what was essentially techno-steroids. The expansion’s campaign also started really well, boasting a gorgeous cutscene which set up what could have been an incredible tale. But it ultimately fell flat, missions were short and lacked concrete narrative direction, which is a real shame because Rise of Iron’s story could’ve been something epic. Don’t get me wrong, it wasn’t awful, but it also wasn’t ground breaking.

Now I don’t claim to have all the answers for this, but it definitely seems like Bungie need to take a step back and look at everything they did right with the Halo series. 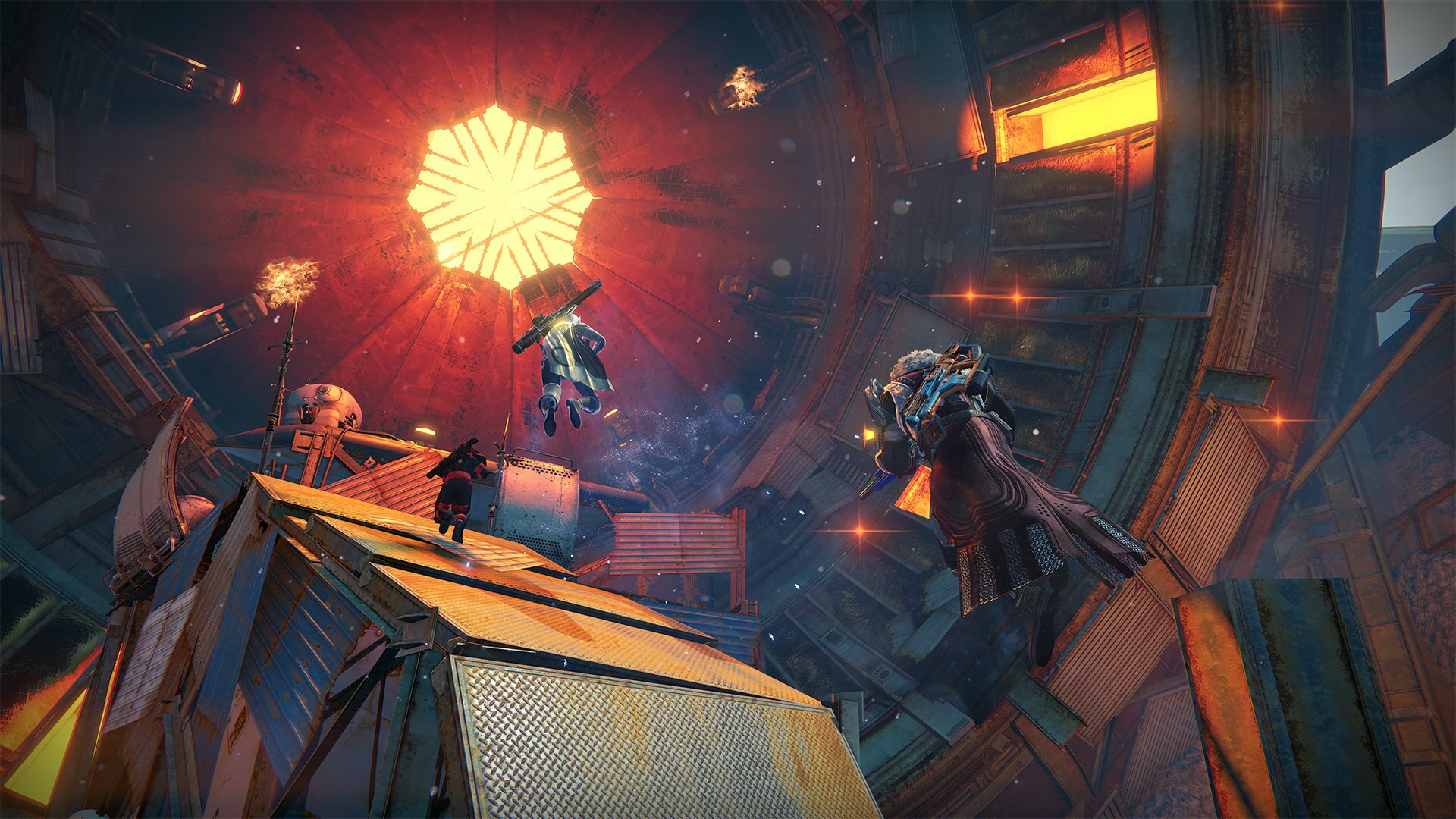 Walk towards the light, my children

Back in the day, when Destiny was more or less the only game I would play, I used to love the weekly reset. Tuesday nights were my favourite time of the week as it meant I could jump on with my mates and raid the crap out of VoG (Vault of Glass) and Crota’s End – King’s Fall too, but to a much lesser extent. However, as I moved away from the game for a while, time became a bit more of a precious resource for me, so into the ‘filthy casual’ crowd I went. This is where I realised that the weekly reset system, coupled with RNG, really can work against a casual player. Seeing as Bungie claim that the game is tailored for casuals, this proved to be quite harmful. Now I am fully aware that if there is any chance for RNG to screw me over, it will *has nightmares of missing in XCOM 2 where I had a 95% chance to hit.* Keeping this in mind, there are people other than me who get screwed over by RNG consistently, and seeing as the way the raid drops work where you have one chance for a decent drop per chest, per character, per week, it leaves things too open to having a brick wall dropped in front of you. Back in my hardcore Destiny days, I remember having weeks where I’d get nothing but ascendant/radiant shards or energies, even in the Nightfall strikes (which have become pretty useless now so no one does them). I can’t imagine how I would’ve felt if I only had time to do one raid and one nightfall a week, only to find that I may as well have not done them at all.

Don’t get me wrong, I do still think the weekly reset system works well, but coupled with RNG it leaves things too open for the game to work against you, and for a game that’s aimed at casuals, that’s not necessarily a good thing. Were it a more hardcore type of game like Dark Souls, where the game is designed to work against you, then it wouldn’t be so much of an issue. But this isn’t a hardcore RPG, this is a casual FPS. I’m not sure what can be done to remedy these issues (though the Three of Coins has moderately solved this) outside of entirely reworking the way the game flows, but that could also prove to do more harm than good.

The Crucible is a mess

Destiny is very unique in the way it handles PVP. It allows the players to use any weapon they’d like and have at it. Now with this comes a flurry of balancing issues. Refer to this video for an insight into one of the worst examples of Crucible balancing. The fact that there are exotic weapons means The Crucible can be incredibly varied and fun, but in some cases it’s anything but. Weapon metas exist (where specific guns or archetypes are favoured due to their potency) and the blink shotgun tactic has been pretty much a constant for a while. One thing I would recommend would be the removal of precision damage on an opponent while their shields are still up. Does the game give you that luxury in PVE? No, it doesn’t. Going back to Halo, one of the things that made its multiplayer so great was the fact that most weapons you had to burst down the opponent’s shield, then deliver the finishing blow. Destiny PVP doesn’t have that. Instead, you have what is close to an instant kill meta (reminiscent to that of Call of Duty) where players go for the head and are instantly rewarded, which makes no sense. But the main issue is balancing, which is where my next point comes in.

Bungie listens to their fans too much 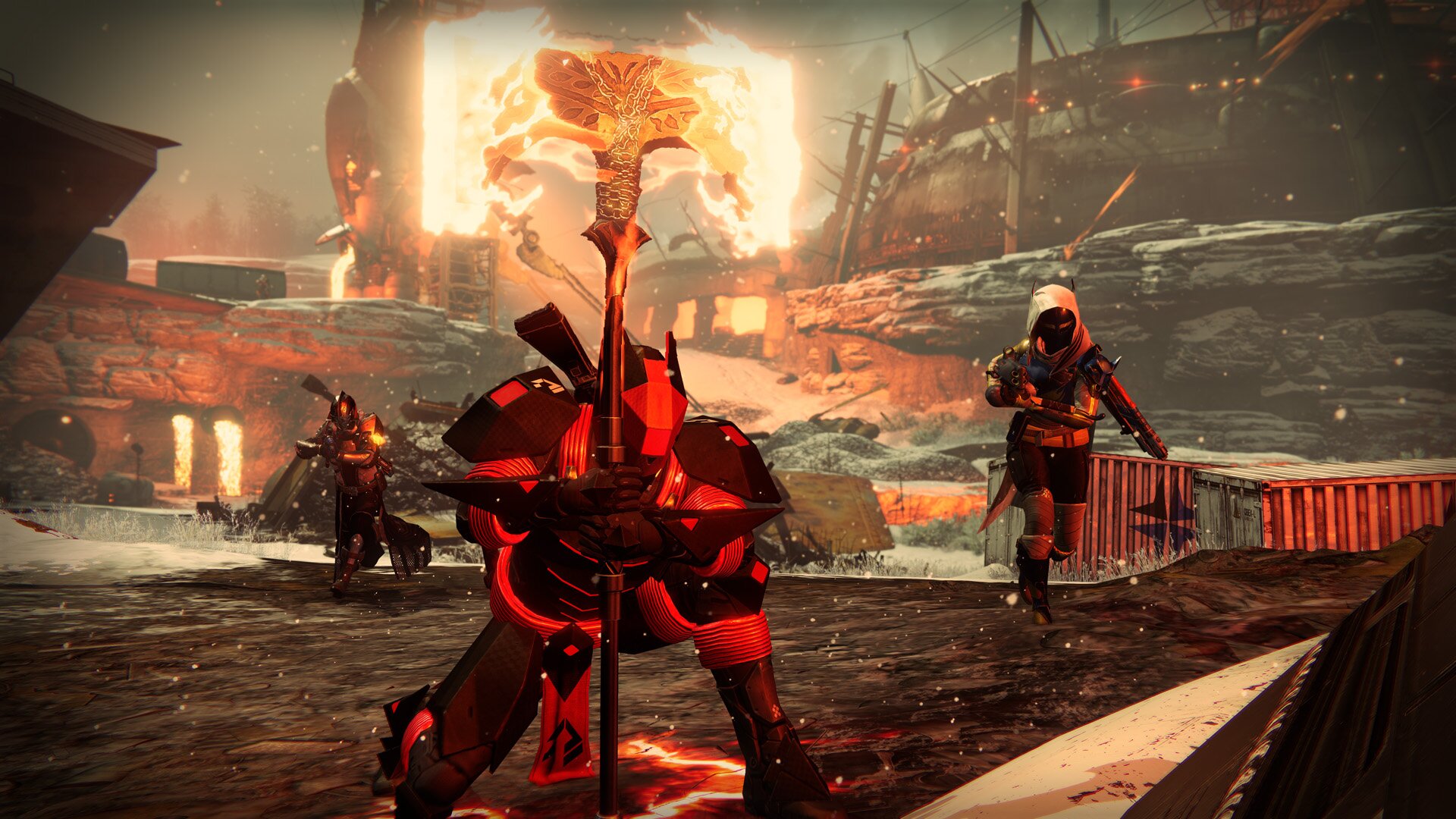 Now I know what you’re thinking: “Jordan, isn’t a developer that actually listens to their player base a good thing?” and you would be mostly right in thinking that. However, they listen to their fans so much so that they alter weapon balancing based on the fleeting whims of the fans, which is a bad move. As a whole, fans don’t know what real balancing is because they want the weapons they like to be the best and everything else should pale in comparison. Remember when the game launched and the SUROS Regime (and Auto rifles in general) reigned supreme? Well people decided to complain so much that they were nerfed into oblivion for pretty much all of Year One. From there onwards we entered the instant kill meta and have struggled to really get out of it. Players will whinge about strong weapons in the hopes that they will get nerfed, making their tactics more viable. This knee-jerk balancing ends up doing far more harm than good.

I don’t claim to have all the answers for the problems I have raised here. I don’t even expect to make a dent in the game itself. As a fan of the game, and a fan of the developer, I want to see the game become the most issue-free experience on consoles. It already has the staying power to become a staple for consoles, but it also has the potential to become something even more incredible than it really is. With Destiny 2 apparently already in development, as the old adage goes: those who don’t learn from history are doomed to repeat it.

In this article:Activision-Blizzard, Bungie, Destiny, House of Wolves, Issues, Rise of Iron, The Dark Below, The Taken King