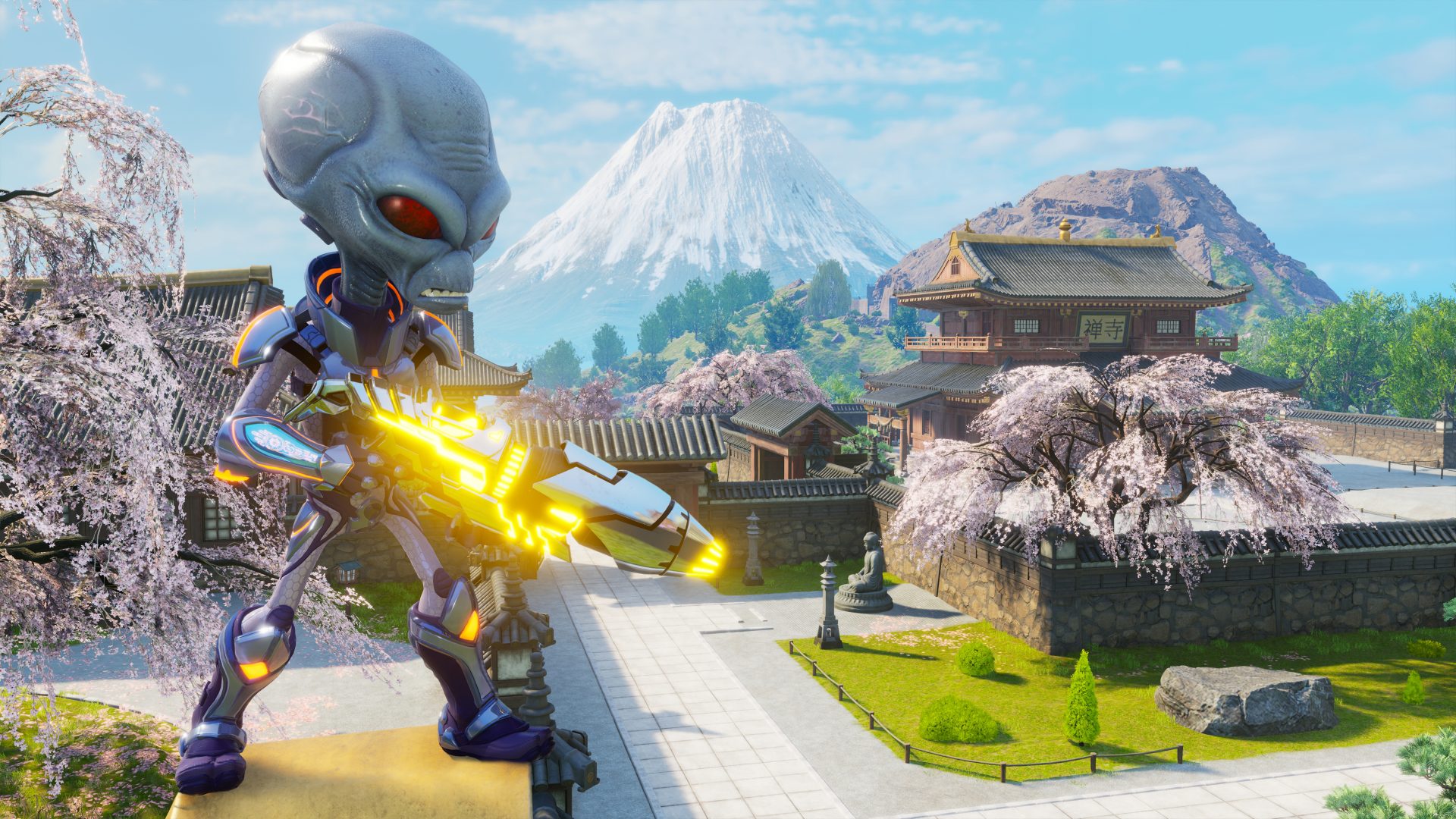 It’s been *checks notes* 17 terrifying years since the raunchy original Destroy All Humans! released on PS2 and Xbox and a few short years since the release of that game’s 2020 remake. I only managed to play a friend’s copy back in the day, so my excitement for that revisit wasn’t through the roof, but it was a fun sandbox filled with goofy things to do, so I can more than understand the nostalgic excitement that fans have for the series. Now, the 2006 Earth-terrorising sequel is getting the remake treatment with Destroy All Humans! 2 – Reprobed, bringing the classic action game forward into the modern age. Ahead of its launch in August, I was able to go hands-on with the first few hours of the game and, while I’m still wondering if this was a series that needed to be remade, Reprobed is proving to be an impressive overhaul for those who are keen to take a flying saucer ride down memory lane.

Like many games from the era, Destroy All Humans! 2 has a simple, ridiculous plot that’s likely to tickle a laugh out of you purely because it’s absurd. Following on from the first game, the original protagonist’s clone, Cryptosporidium-138, is not only the President of America but he’s been bestowed with a mighty gift that no Furon clone has had in countless years – genitals. Of course, this raises the ire of the KGB (naturally), with the Russian secret service hunting Crypto and his…package across the planet.

Within this preview, I had access to the first two locations: Bay City and Albion. A bright coastal town, Bay City is heavily inspired by real-world San Francisco, with the area being filled with roads, houses, parks and bases to explore and destroy. The density of the city ensures that you’re never far from the fun, while also providing you with plenty of escape routes if those pesky KGB agents get the upper hand. Being set in the 60s, the NPC population of Bay City is made up predominantly of either hippies or cops, and while the remake’s stylised art direction means that the models are full of character, there are just not many of them, so you’ll be walking past blonde female hippie a lot.

Taking Crypto out of the US, Albion is this game’s version of London, complete with cobblestone paths and lots of fog. With secret agents driving around Aston Martin DB9s and the general population talking mainly about tea and the Queen, it’s a fictional Britain that plays into stereotypes in a fairly funny way.

Both areas act as fun, dense playgrounds to cause havoc within and their vastly different visual style manages to keep things feeling fresh. Speaking of which, Reprobed’s visuals are excellent. Unsurprisingly a huge step up from the 2006 original, the bright and colourful environments, expressive characters and flashy weapon effects are easily comparable to many modern titles. While the visuals have been completely reworked from the ground up, the voice lines are more or less how you remember them from the original, so, depending on your taste, the humour may or may not have aged well. Jack Nicholson-sounding Crypto never gets old though.

Similarly to the visuals, the gameplay has also seen a huge improvement, even from the 2020 remake of the first game. Weapon handling is responsive and easy and Crypto’s abilities are straightforward and simple to chain together and use in tandem with his arsenal of blasters and dancing rays. If you’ve played the original, everything will likely feel exactly how you remember it, but taking off the rose-tinted glasses would no doubt uncover the improvements at play here. One aspect that I wish departed from the original more would be the flying saucer. Sure, it’s less random and awkward than before, but it’s still a bit boring. I know you want to preserve the ideas from the original game, but an exception could be made to spice up the gameplay in that department.

With a wide variety of whacky weapons in your possession and plenty of hapless humans to fire them at, the action can get pretty hectic pretty quickly. At any given time, there will be explosions, bolts of lightning, waves of energy and who knows what else emanating from around Crypto, and Reprobed takes it like a champ, with close to no frames dropping even on my mid-range PC in a preview build.  I did have a bit of trouble getting the new photo mode to work, but that will likely be sorted for the full release.

Without the fond memories of playing the original back in 2006, I still enjoyed my time with Reprobed. I may not be the target audience, but I can appreciate the care that’s gone into this remake. The open areas and fun array of weapons are a match made in heaven, and the graphical and mechanical updates bring the bombastic fun of this early noughties action game into the modern space.