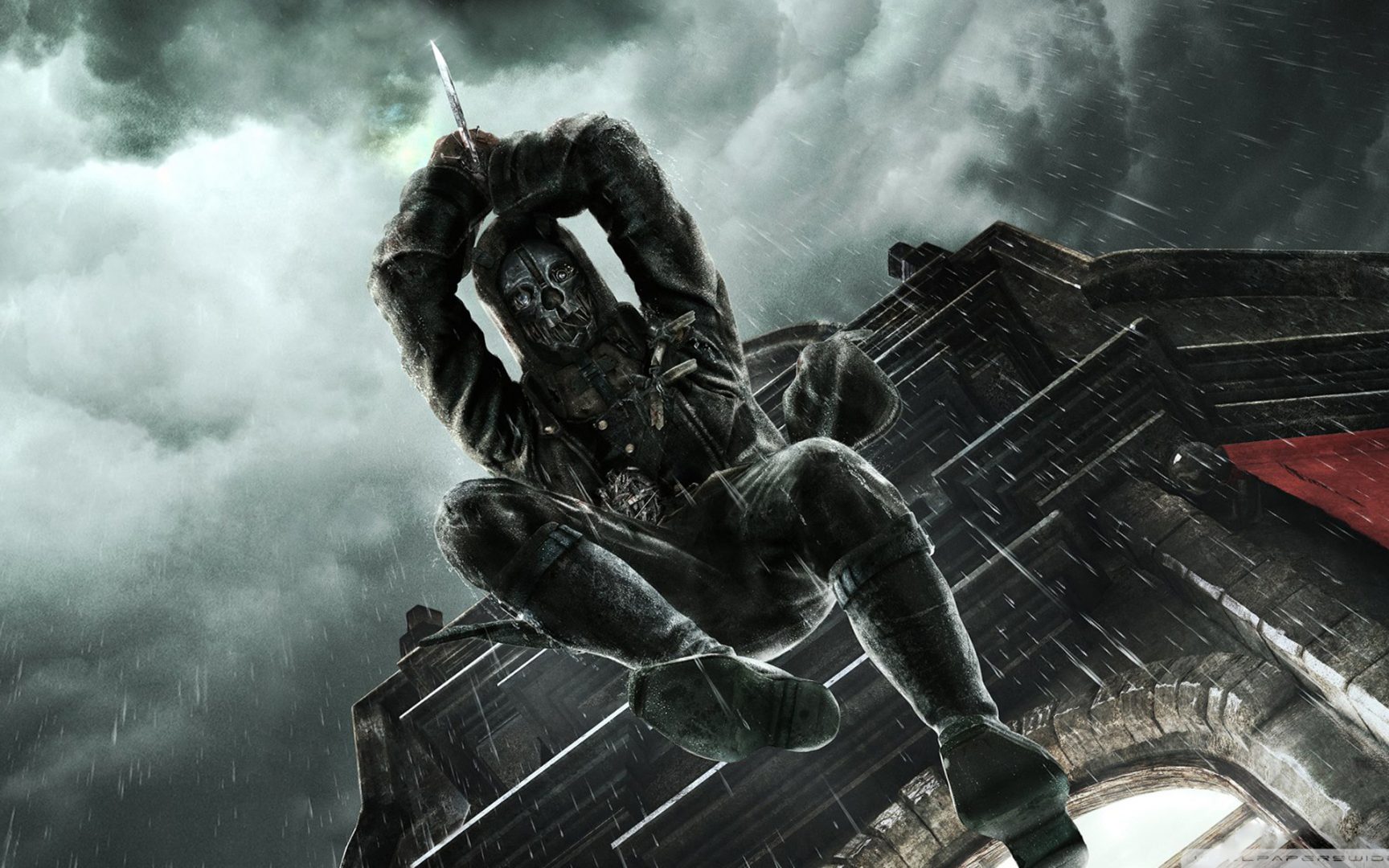 The Dishonored Definitive Edition is available now on PlayStation 4 and Xbox One in Australia and New Zealand (AUD $79.95 / NZD $89.95).

For those new to Dishonored, here’s the low down. You’re Corvo, a bodyguard of the queen who’s framed for her murder by a league of powerful assassins. You’re tasked with surviving these assassins and the other inhabitants of Dunwall city, working to clear your name of the injustice smattered upon it in this steam-punk stealth masterpiece. To transcend the almost-open-world landscape, Corvo can use his newly obtained supernatural abilities or equip one of his many gadgets while using lethal or non-lethal methods to dispatch foes. That’s right, there’s a moral choice system in play and it actually has very real and apparent in-game consequences.

There’s a few things to swiftly note about Dishonored’s Definitive Edition, firstly this is by no means a remaster. Graphics have been touched up with the odd area brightened and sharpened but nothing of marginal notice. The frame-rate remains locked at 30 frames-per-second and can even dip below that while the textures have definitely dated giving a clay feel to the previously heart-warming art style.

Most of the changes come in the form of atmospheric tweaks. The Dishonored: Definitive Edition now utilizes the microphone nestled in your DualShock 4 controller with game sounds such as the Power whispers, the sibylline voice of the Heart, and the use of the Spyglass emanating from between your palms as you play. It’s also been handily optimised for Remote Play on your Vita, not that it plays particularly well on the handheld anyway. (Source: Playstationlifestyle)

The remastered edition includes all the additional DLC- Dunwall City Trials, The Knife of Dunwall, The Brigmore Witches and Void Walker’s Arsenal.

In this article:Bethesda, Definitive, Dishonored, Edition