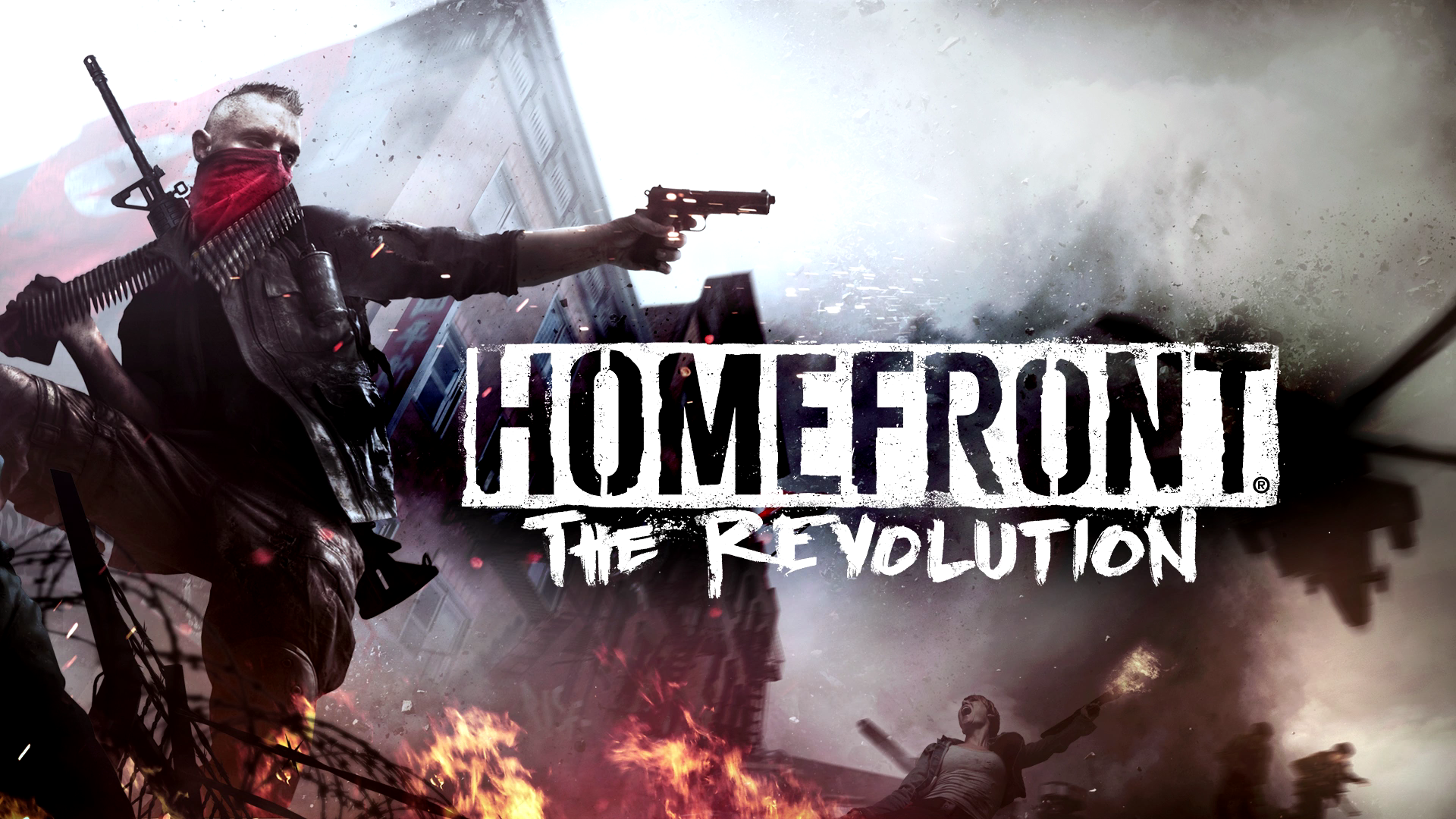 Delays are now an accepted practice when it comes to a game’s development cycle in this day and age. Most consumers accept them because they know that despite the downside of having to wait longer before they have the title in their hands, the delay will almost always serve in the game’s and player’s long-term best interests.

Homefront: The Revolution is a title that is no stranger to delays and development disruptions. The IP was originally owned by the now defunct THQ. The IP’s rights were sold to Crytek during the auctioning of THQ’s assets and Crytek’s UK development team (formerly Free Radical) then began work on the game’s sequel, with the game formally revealed at E3 in 2014 as Homefront: The Revolution. Due to (reported) financial issues Crytek sold the IP to Koch Media, parent owner of Deep Silver. The majority of the team from Crytek UK shifted to the newly-formed Dambuster Studios to continue working on the game under Deep Silver.

Under Crytek, Homefront: The Revolution was scheduled to release in the second half of 2015. However on March 12th Deep Silver announced that they had delayed the game’s release into 2016. Not much more was publically revealed about the game until January 13th, 2016 when Deep Silver announced that the open-world title would release on May 17th (May 20th in AUS). Within that announcement Deep Silver revealed that Xbox One owners would exclusively host the game’s closed beta, taking place on the 11th of February until Sunday the 14th of February.

The closed beta has been and gone, and the response has been that the beta was… thoroughly average – which is not what Deep Silver would have wanted to hear. Common complaints are that the game’s graphics are sub-par for a game in this generation (and it’s running on CryEngine), the frame rate drops to below 10fps consistently, the controls are clunky, there are numerous glitches with the environments (getting stuck in walls, going through obstacles etc.), the shooting mechanics are abysmal (high recoil), terrible matchmaking and poor AI. Some players even went on to say it is the worst game they have ever played, or at least in this generation of consoles. 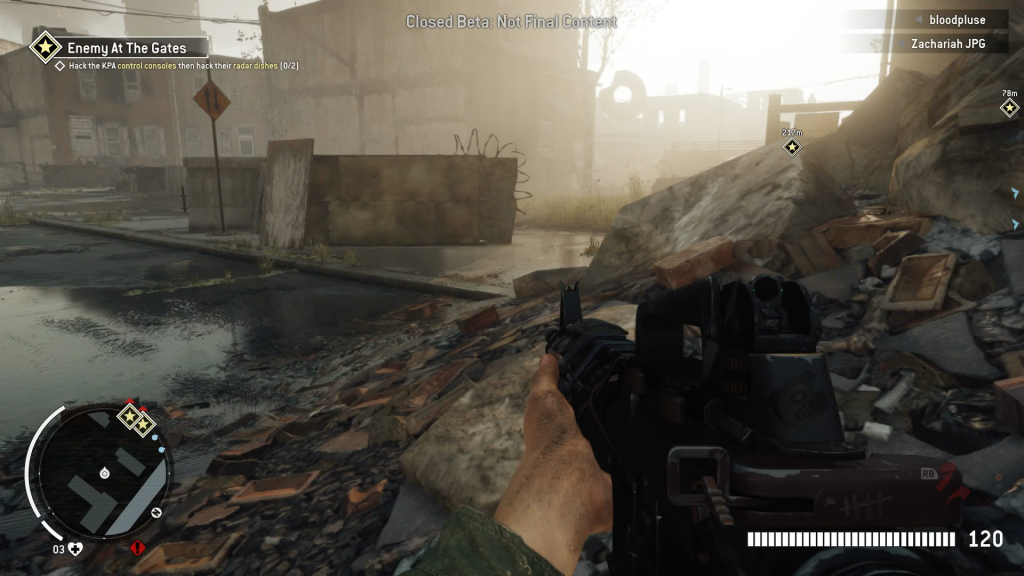 While participating in the closed beta it was always in the back of my mind that this was a beta and not a finished product. Even while overdubbing my recent closed beta impressions video I erred on the side of positivity rather than negativity. I’ll be honest, I have high-hopes for this title. I want it to be good – my hype meter for this game is off the charts – and because of this maybe I wasn’t truly accepting of what was before my eyes. That’s not to say I didn’t find issues, because there were certainly some clear red flags during my hands-on, but it wasn’t until I realised just how close to release the game is that I processed the uphill task facing the developers.

“The Closed Beta is a slice of Resistance Mode taken from the game before last Christmas, and was then tested and configured to serve as a first chance to get people to play the mode while we can test as much as possible. That means it’s not representative of the final game, and in fact some things like graphics and animations are already greatly improved in the current state of development for all platforms. Visual polish comes in rather late when the primary focus is on polishing gameplay, and that level of visual polish is not in this Closed Beta.”

The issue I have with this is that the frame rate and graphical performance of the game has not improved since I played it at EB Expo in October of last year. How has the developer not been able to provide an improved version of the software since then? The criticism that the beta made the game look like a last-gen title graphics-wise is bang on, and players that partook in the beta have a right to be concerned. During my experience I consistently had frame rate drops and the texturing of the environments was poor. I did encounter a few glitches such as getting stuck in various objects and my gun randomly firing itself until the ammo clip was drained, but these I attributed to nothing more than the game being unfinished and not a wider problem. The matchmaking was another concern, but given that I played in the stress test closed beta I just assumed that there weren’t that many players online. But the official closed beta, which contained a lot more participants, suffered from long matchmaking times and players often found themselves in lobbies of 1-2 players. 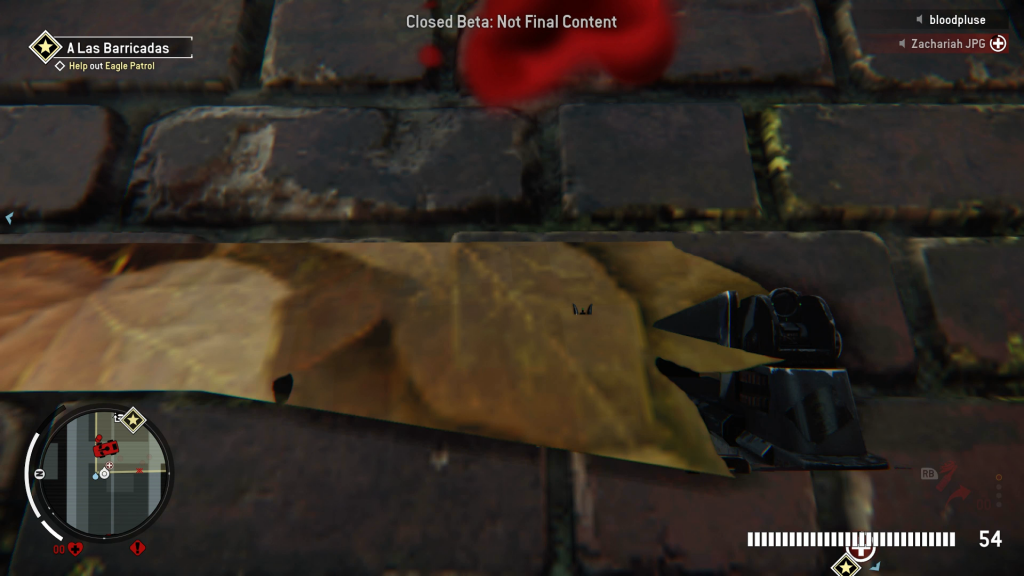 Stuck between a wall and a hard place

The sound was another component that others found to be quite lacking and I had a similar thought. There was minimal menu music and next to no in-game music. There was an annoying crackling sound that played throughout the two missions I had access to in the stress test and the whole soundscape felt lifeless. Sure, Homefront’s world is a dreary and depressing place, but as a member of the resistance, the underdogs, a little bit of music in the vein of ‘Eye of the Tiger’ to get the troops pumped up wouldn’t have gone astray.

Quite a few people have taken aim at the game’s shooting mechanics and while I can understand some dissatisfaction, I personally didn’t find them to be that bad. They weren’t the best shooting mechanics I have used, but they were a far cry from the worst. Not every FPS will have mechanics that rival CoD and Destiny, and this is the case with Homefront. But as long as the shooting does its job (which aside from a few minor tweaks I think it does) then I think the devs are better off focusing on other concerns that need addressing.

I do agree that the controls need improving – the player movement is clunky and slow at times, the handling of bikes is oversensitive and some of the controller schematic choices are poor. As I said in my impressions video the layout is fairly stock-standard yet there are some exceptions such as being unable to crouch while in camera view mode (scouting the environment). The handling of the motorbikes also needs to be sorted because right now the handling is more sensitive than when Kieran sees a grammar error on the Internet.

It’s rare nowadays that you find the AI in shooters to be overly astute. It’s why the difficulty levels of games have dwindled over the years. Homefront’s AI was a mixed bag – there were times where I’d sneak out of cover only to be spotted by a KPA agent in the distance and other times where the AI wouldn’t notice I was in their vicinity at all. The latter seldom happened, but it happened enough times that it jarred the mission experience. 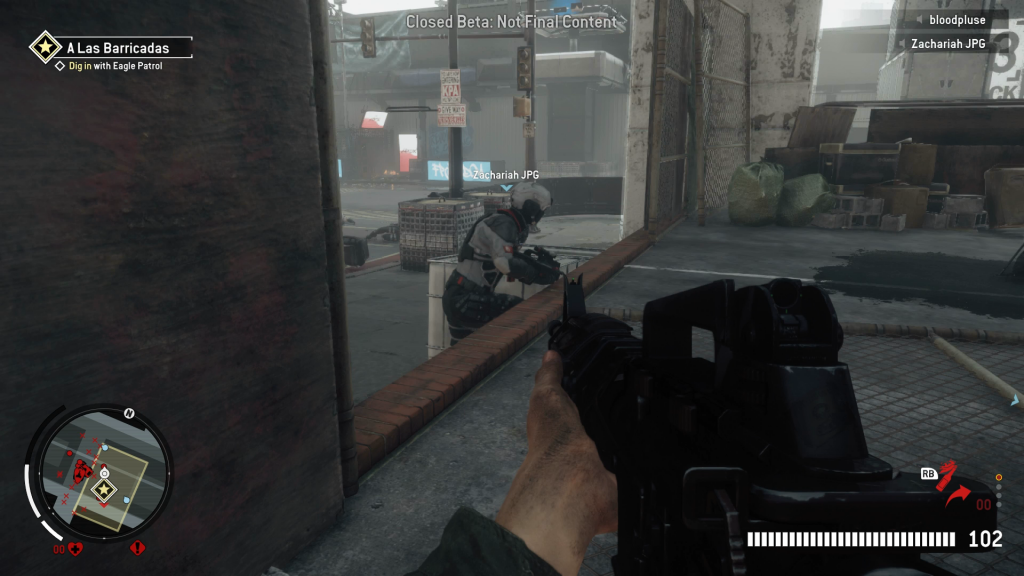 Sometimes the game’s AI can stand for: ‘Actual Idiot’

So to the point of this article, does Homefront: The Revolution need more time for the Dambuster Studios team to hone the game further and put it in the best position as possible for a successful launch? Given that the dev team has already stated that the beta was an old build of the game, it’s hard to gauge what state the game is really in or if that statement by Dambuster Studios was an act of damage control. It wouldn’t have helped Homefront’s cause that The Division’s beta ran with much success a couple weeks earlier. However, there’s no way that the people at Deep Silver and Dambsuter didn’t see the issues with the beta build, but they probably didn’t envisage the depth of the disdain they would receive for releasing what they have. Even if the game is in better shape than the recent beta shows, I think the IP’s brand has taken a hit with all the negative feedback, with a lot of people stating they will now pass on the game. I do think the potential for a good game is still there and I am still excited to play it once it does release, but there are clearly some issues that need to be addressed. This is evident in the high amount of censorious feedback and with only three months to go before launch it’s hard to see them all being rectified in time. As much as it pains me to admit, another delay, even for another couple of months is the best move for the game – even if it is primarily to salvage the reputation of the game. If they don’t and the game runs like it did during the beta, they might find that the servers are about as desolate as Philadelphia’s streets.