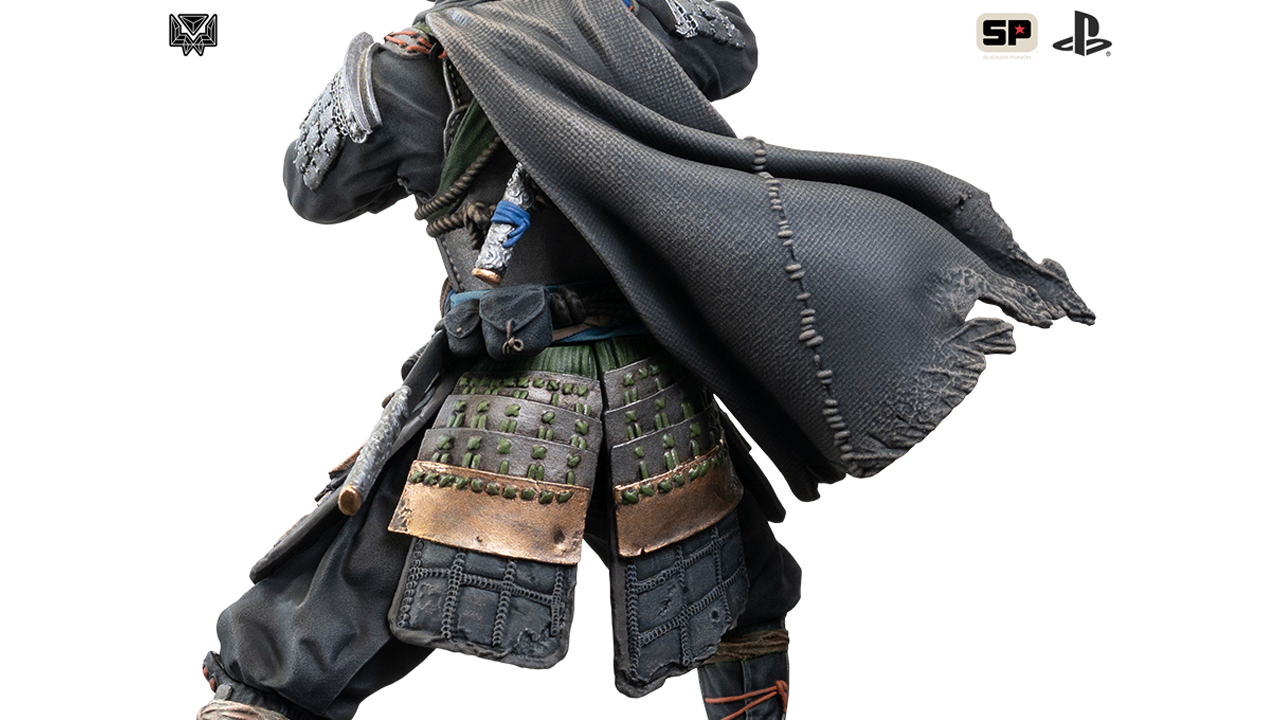 A few days ago I came across an incredible statue of Ghost of Tsushima’s protagonist Jin Sakai, that managed to comically turn my eyes into animated hearts while breaking my literal heart simultaneously. The love came from its incredible attention to detail, amazing pose and sheer size, whereas the disappointment came from its near AU$2000 price tag. Not wanting to take out a personal load to fund my collectables obsession, I closed my tear-filled eyes and turned away from the Prime1 perfection.

Never fear, I’ve discovered an alternative, a Jin Sakai statue that will scratch the collectable itch without asking for the sum of a cheap second-hand car. Revealed on Sucker Punch’s Twitter account, Level52 Studios have partnered with Sony Interactive Entertainment to bring us fans a stunning statue of The Ghost. This 1/10 scale statue is made of polystone and stands at 24 centimetres from base to sword tip, depicting Jin standing in a defensive stance over a flowing river (gorgeous).

This bad boy is currently up for pre-order over on the Level52 Studios website and will set you back US$199.99, which converts to roughly AU$260. Though it’s not as cheap as chips, it’s an absolute bargain in comparison to the bigger lad. Stop reading my dribble and whack your peepers on the statue itself:

From @Level52Studios, this new 9.75" #GhostOfTsushima polystone statue is now available for pre-order, featuring a beautifully detailed sculpt and custom base.

Will you be joining me and nabbing one of these awesome statues? What other gaming loot do you own? Let us know.