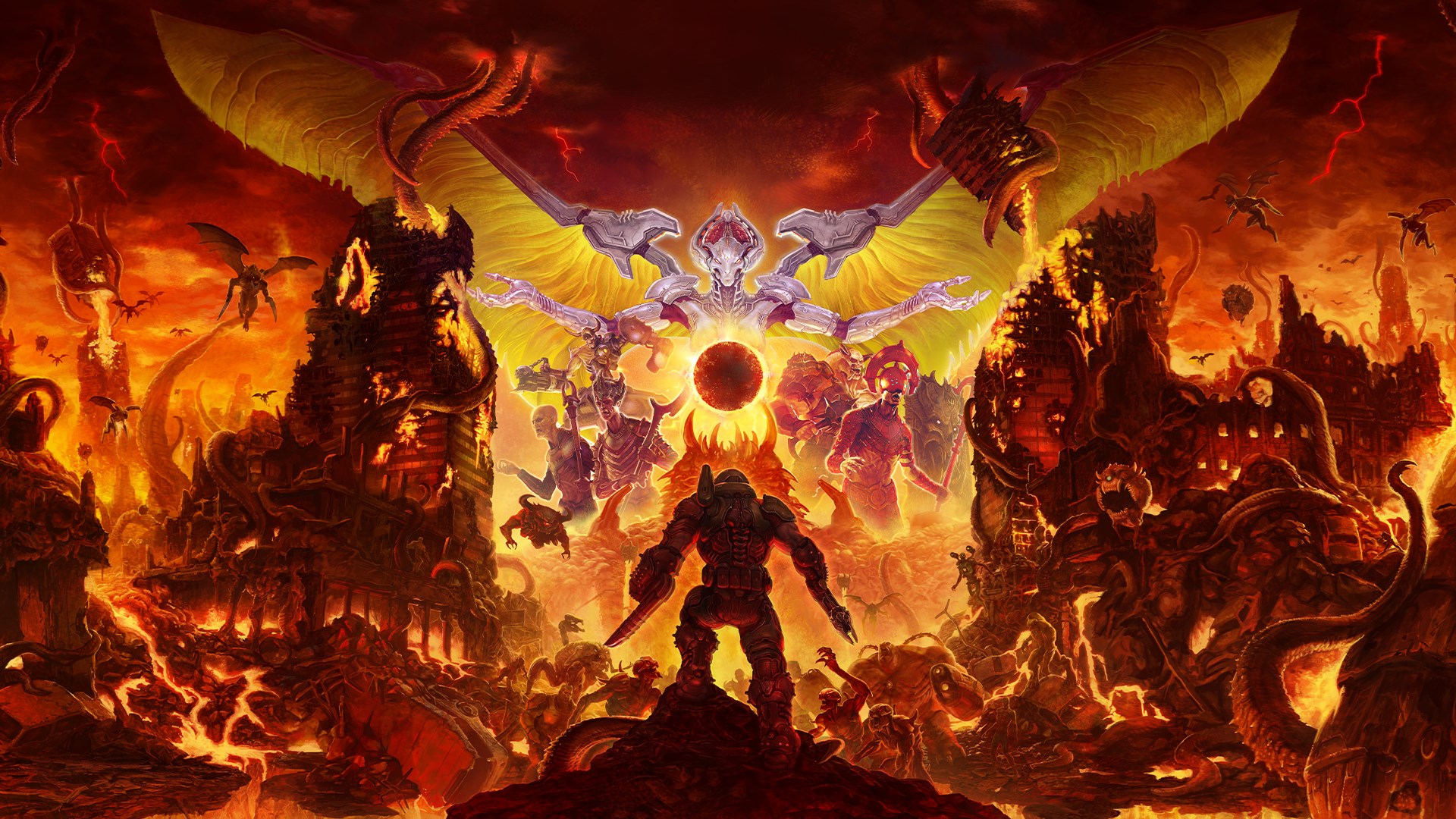 While PAX Australia for me is more about the indies, there was one AAA beast that I was always going to have to get my sweaty mitts on before the show’s end. And while those sweaty mitts had to awkwardly reacclimatise to keyboard and mouse after decades of console peasantry, my thirty minutes with DOOM Eternal have me convinced that Hell is the only place I want to be in March 2020.

The demo build we got a hold of had us first moving through a brief tutorial where we came to grips with the revamped traversal options, including double-jumping, dashing, wall climbing and grappling. 2016’s DOOM was a surprise in many ways, but something I noted when I reviewed it three years ago is just how well it managed to integrate platforming sections amongst the balls-to-the-walls action. FPS and platforming is usually a maladroit union at the best of times, but DOOM makes it work both outside and inside of combat in a sublime way. Eternal’s movement then is even more intuitive and fluid than the original, giving you an unbridled sense of freedom as you dish out bloody bucket loads of carnage.

Half the demon he used to be

The tutorial also reintroduced us to the chainsaw and glory kill mechanics, which allow you to generate ammo and health respectively as you mow through the denizens of Hell. In a new wrinkle to the formula you now have a shoulder-mounted flamethrower as well (and after using it you’ll wonder why you ever leave home without one), which not only helps you improve your barbecue skills, but causes enemies to spew armour. Despite its ferocious exterior, Eternal has a tactical aspect that demands you pay attention to what resources you need the most, while continually staying on the move.

After the tutorial we got treated to the same level featured in the recent E3 demo (video below), and far from being a scripted vertical slice, what I saw and played both looked and felt like exactly like that demo. The action has an unrelenting pace that is quintessential DOOM, and before long I was swinging my way around the semi-open arenas and rending demon flesh from bone in a celebration of violence. While DOOM 2016 was no slouch in terms of pugilist spectacle, Eternal is doing its damnedest (because Hell) to up the ante. The enhanced movement, together with a wider array of glory kill animations and interspersed flamethrower shenanigans make it a veritable assault on the senses. It’s safe to say, A Current Affair will not like this one.

While we’ll have to wait a little longer for DOOM Eternal given its recent delay, I’m willing to give id Software all the time they need if they can sustain the gameplay snippet I experienced across a full campaign. Given their track record, there can be little doubt that what they deliver come March 20, 2020 will once again prove that the granddaddy of the FPS genre has more than a few tricks (and grappling hook-enabled shotguns) up its sleeves.