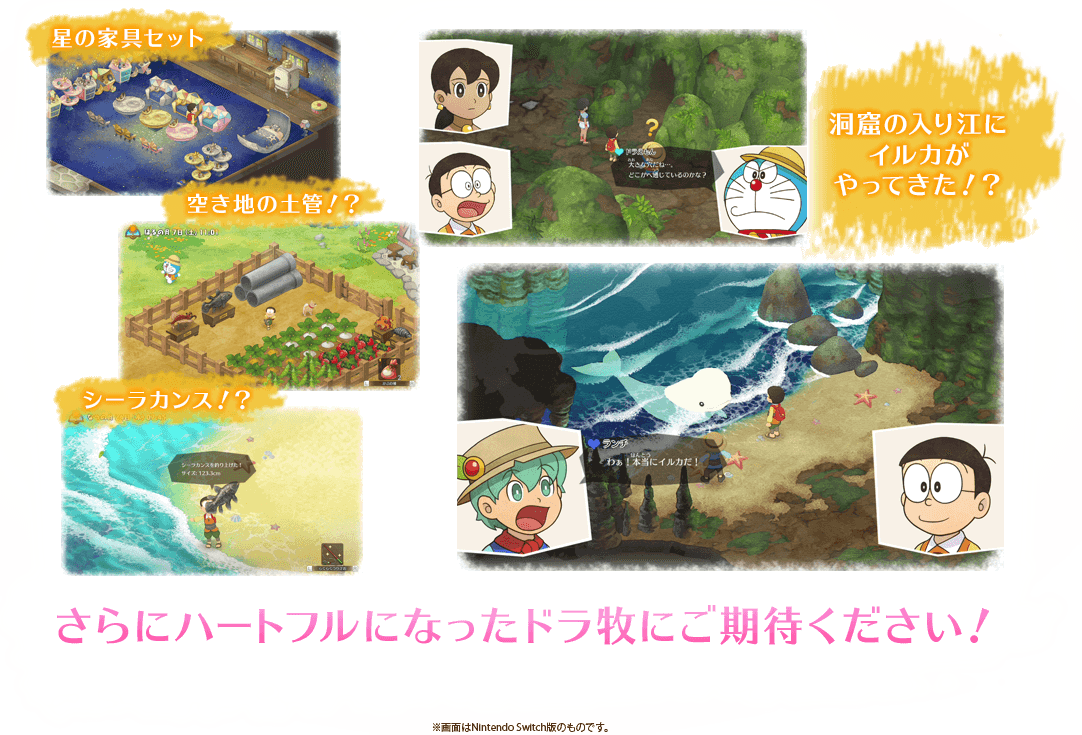 Doraemon Story of Seasons was an unusual and successful crossover of the blue robot manga cat Doraemon and the Story of Seasons farming sim. With its painterly art style and colourful characters, it is a great game already – check out our review to see what we thought. The game is already out on Nintendo Switch and PC but will soon be coming to PS4 on July 30 in Japan and September 4 in North America and Europe. Alongside this new life on PS4, Bandai Namco has announced that the game will also be receiving a bunch of new content including:

This is a nice little bonus for existing players and new ones. Will you return to the game and find these new goodies when the update launches? Or are you waiting to pick this up on PS4?

Thanks to Gematsu for the English translation.