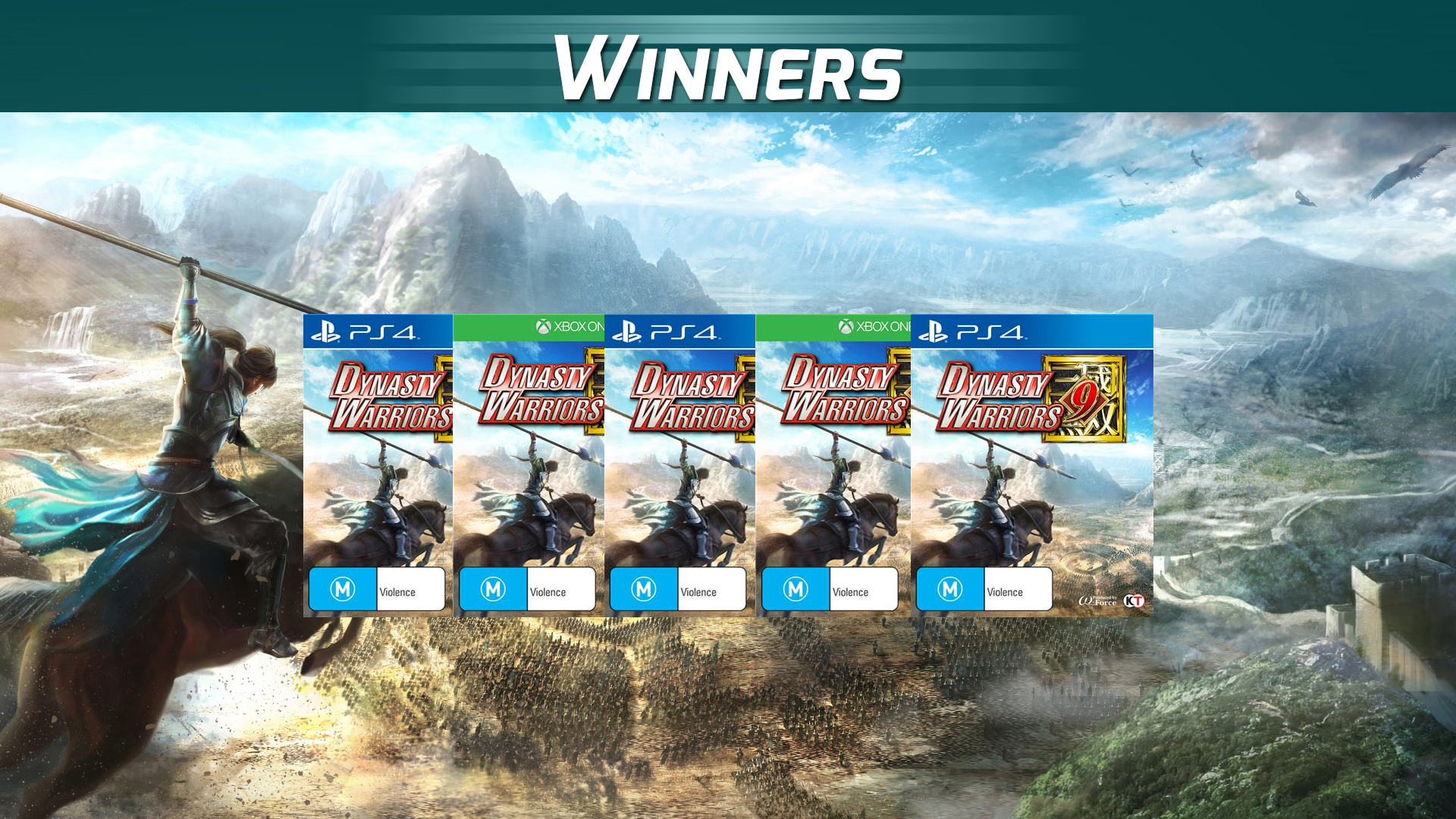 To celebrate the launch of Dynasty Warriors 9, our friends at Koei Tecmo and Turn Left Distribution provided us with five copies of the game to giveaway. The competition has now concluded and the winners have been drawn.

The winners of the Dynasty Warriors 9 competition are…

Congratulations! A Do You Even Game Bro? representative will be in contact shortly.

Thank you to everyone who entered. Check back for more competitions soon.