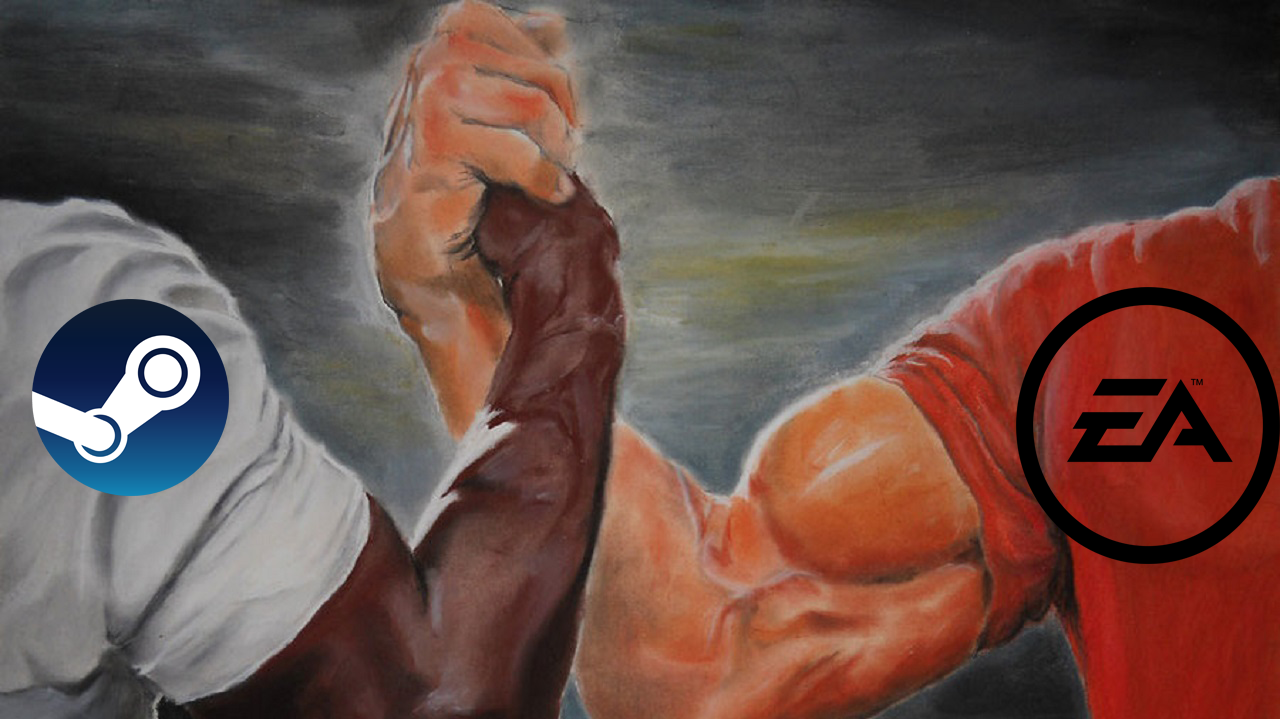 Titles from megapublisher Electronic Arts are returning to Steam, alongside its EA Access service next year, the company announced today.

The announcement, made through a press release, details that Star Wars Jedi: Fallen Order will be the first new game to reach Steam under the new agreement and is available for pre-order on Steam right now. Not sure why you would, considering that it’s a digital product and can’t sell out, but you do you. The game, and this new arrangement with it, launches on the 15th of November. Also included in the deal, according to EA’s senior VP of player networks Mike Blank, is the integration of friends lists between Steam and EA’s own Origin platform, and the introduction of EA Access to Steam next year.

But, of course, there’s a catch.

You’ll still need an EA account to play these games and, as Mike Blank explains, the Origin client is needed to perform the setup process. In addition, games purchased through Origin won’t be playable on Steam – for now. That said, it’s worth noting that the ‘Add Non-Steam Games to Library’ option remains open as it has always been. What a bro.

Obviously, EA’s subscription service being available on Steam carries absolutely huge weight. Valve would be taking a massive cut from all subs purchased through their platform, certainly, but this does wonders for EA’s potential audience. It also ends their eight-year experiment with Origin, although they haven’t indicated that said platform is going anywhere.