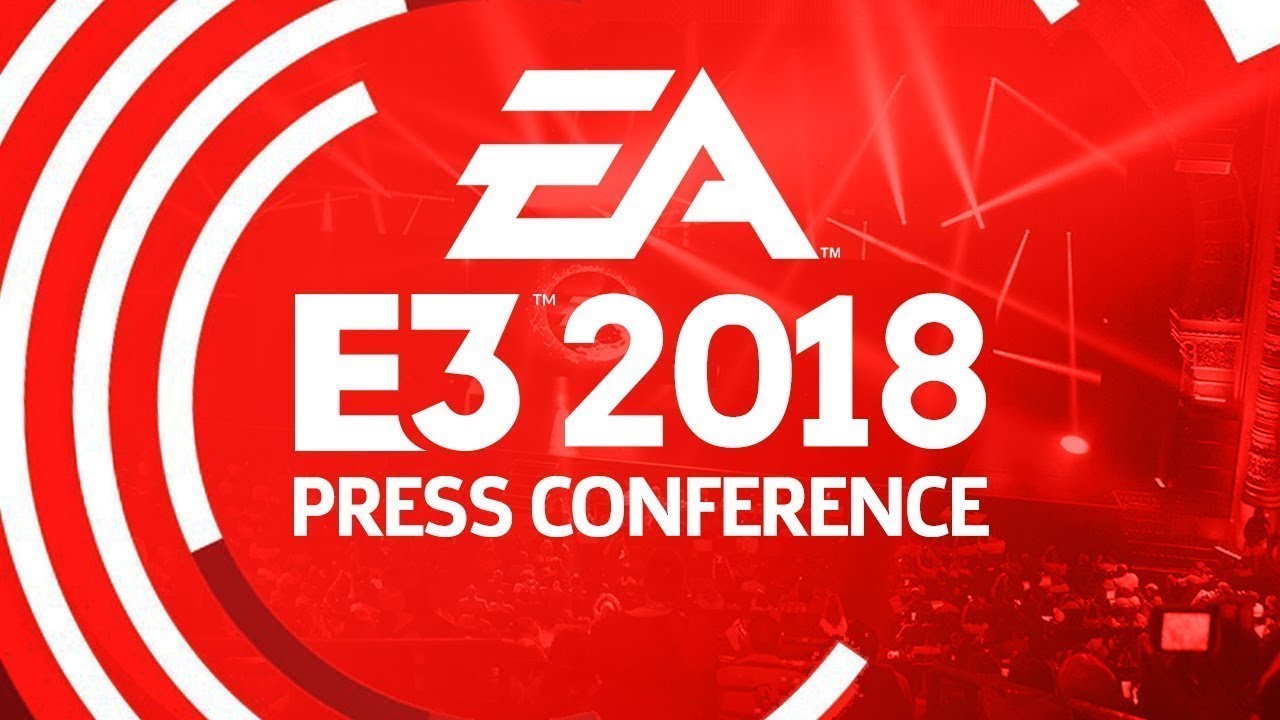 Taking a leaf out of Ubisoft’s play book, EA have peppered unprecedented levels of cringe into their EA Play 2018 presser. Whether it’s digging up the corpse of a beloved franchise and spitting on its memory or doing weird interviews in the crowd, EA really dropped the ball this year. What were your favourite moments from EA’s trainwreck?

You’ll find the full presser below (it actually starts at 58:00) and we’ve tagged the best worst moments (click on the title headers to be directly transported) so you can selectively relive the horror at your leisure.

Two Swedish representatives from DICE give the typical spiel on why this Battlefield will be the ‘deepest and most immersive yet’ (seriously need to start using different superlatives in these reveals), and finish with the exciting news that there will be a Battle Royale mode. The delivery was awkard, the crowd’s reaction was hesitant, and this moment prompted the crowd to wonder whether every other game reveal would have a Battle Royale mode. Unravel Battle Royale, available today.

You don’t want gameplay, you want to look at this cup

FIFA to me is about as boring as watching paint drying on grass growing, but there are plenty out there who love it. But rather than show much gameplay for the next yearly iteration, this bloke asks us to marvel at a big shiny cup. No thanks, mate.

The great Frank Zampella, whose team at Respawn (previously the good bits of Infinity War) has created some of the best FPS of all time (Call of Duty 4, Titanfall), appears for this ‘impromptu’ dismal interview. He didn’t have much to say about their new Star Wars game for now, which is perhaps why he was sitting in the crowd while he was interviewed, but the level of cringe had me almost turning inside out.

Yarn is love, yarn is life

Martin Sahlin from Coldwood comes out tittering like a school girl and asks us to contemplate the complex metaphor of yarn. Unravel Two does look quite cool though. Make sure you watch the whole thing to catch the awkwardly fake co-op gameplay replete with painfully forced banter. Also, perhaps the first time since the 90s since I’ve heard the word ‘grouse‘.

Sea of Solitude actually looks kind of intriguing, but when Catherine Cornelia Geppert form Jo-Mei Games came to reveal the title, she kind of mistook the crowd’s vibe and launched into four minutes of semi-incomprehensible philosophical musings. Not what I signed up for at that hour.

Be enraptured by Young Kev’s journey to become a Madden champion, rising above the trials and tribulations of getting ‘blown out’ multiple times to seize his lit destiny. Fire. If you make it to the end Juju Smith-Schuster of the Pittsburgh Steelers inexplicably takes his title belt and walks off stage with zero resistance.

Command and Conquer gets stealthily murdered

This is less cringe and more…sad. Command and Conquer birthed the RTS genre as we know it, and to see it go from iconic greatness to mobile free-to-play clash royale game is like watching your favourite pub burn down. The fact they got two people on stage to play an entire match while a shoutcaster tried to spice up the snoozefest before telling us it was a CnC game hurt just a little more. Things change I suppose, but having the corpse of a game strung up like a marionette and watching EA make it dance for a few shiny dollars was a lowpoint of a lacklustre presser.