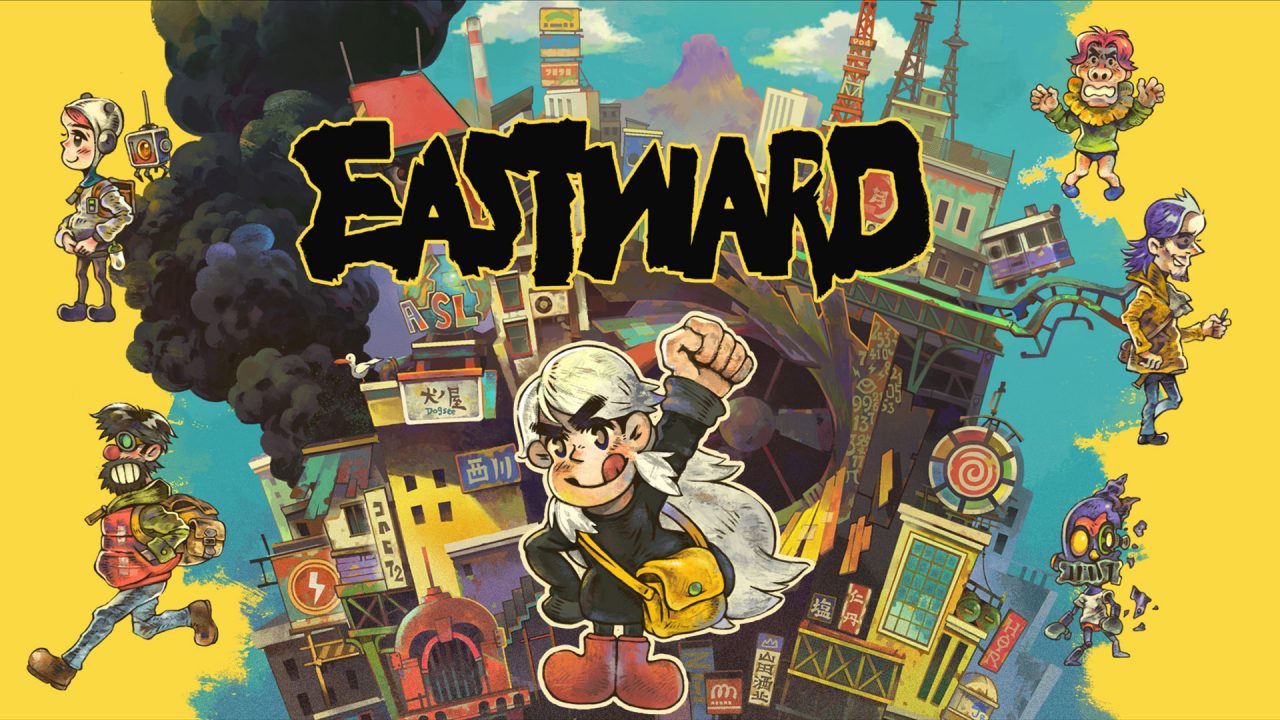 RPGs are pretty much my bread and butter, and boy do I love it when a new title happens to be a sandwich made with all my favourite fillings. It’s even more delightful when that shiny new RPG has a fresh story and an interesting combo of tasks and weapons. Package all that up with beautiful visuals and I’m a happy gamer. I’ve been following Eastward for several years now, and I was instantly intrigued by the awesome looking pixel art visuals and quirky cast of characters. After a few delays I was super excited to finally get my mitts on the game with the hope that the adventure was as awesome as the visuals.

Eastward is set in a post-apocalyptic future where humanity has retreated underground to escape from the Miasma. The world above is hell, supposedly, and the underground is humanity’s only salvation (so best make sure you don’t do wrong by its Mayor). Eastward focuses on an unlikely duo of characters in John, the ever-silent digger, and Sam, a mysterious girl who was found by John in a Death Stranding-esque yellow bubble. Sam gets into a spot of trouble when she tries to head to the forbidden surface to prove to some mean kids who don’t believe her that it’s safe. John has to save her but by trespassing they are both forced to set out on a journey into the unknown in order to atone for their sins.

The first thing that’ll strike you about Eastward is the amazing opening cutscene. It’s beautifully animated and gives you a window into the story you’re about to experience. The pixel art visuals of the main game are nothing to sniff at either – it’s some of the most detailed I’ve seen in a long time and all of the environments, buildings and characters are unique and full of personality. The world gave me big Nausicaa of the Valley of the Wind vibes, albeit in a modern setting. I was struck by the beauty of this game throughout my playthrough, from its bright and vibrant landscapes to the deeper, darker underbelly that lies forgotten below the surface. The game is cleverly structured to allow you to discover exactly where the story is going, guiding you subtly enough that you don’t get lost but can still enjoy the ride.

The vistas at each station were some of my favourite places

Controlling two characters isn’t new in RPGs, but Eastward does it extremely well. Most of the time Sam and John stick together like glue and you switch between the two so you can utilise whoever is in front. The game has a top-down aspect with real-time combat that activates when you transit into an unsafe monster-infested area. John is the brawn and for what he doesn’t say with words he makes up for in combat. Though he starts out with just a frying pan he’ll eventually get a gun, flamethrower and more as you progress through the story. The combat is smooth and enjoyable and isn’t held back by the art style at all, with both characters being able to attack and aim in 360 degrees, where some pixel games choose to stick to the four key directions. Sam has mystical energy powers that get stronger as you progress, allowing you to solve a huge array of well-crafted puzzles by switching between the two characters when they’re together, as well as when they’re separated and can’t directly rely on one another. Both John and Sam’s health is shared, so care must be taken when fending off the weird and wacky monsters in the game as well as the bosses. I found Eastward to have an appropriate level of difficulty throughout with no noticeable difficulty spikes. Should you die, you respawn at your last save point, and the autosaving is generous so I was never frustrated if I ran into trouble after travelling a fair distance through a dungeon or area.

The Miasma is terrifying stuff, touch too much and say goodnight

John’s frying pan isn’t just used for caving in monster’s skulls either, he’s also a talented cook. Though simple, cooking is a well-integrated and rewarding experience. You can buy ingredients from shops or sometimes find them after killing monsters, and at a stove you can combine three ingredients together to create an array of recipes and food items that serve as potions plus provide various boons. There’s also a roulette wheel that can boost your food’s effectiveness for the gamblers among us. Wherever you find a stove you find a fridge, but despite appearance the fridge isn’t for storing ingredients, but rather where you save your game. It’s a strange yet endearing addition. Following the cooking aspect, the in-game currency is salt, which you can spend for ingredients or weapon/inventory upgrades if you’ve found enough materials. Eastward’s cooking jingle gives Breath of the Wild a run for its money in catchiness, and creating all of the recipes is a great background task that I found really rewarding.

Eastward is surprisingly and impressively vast considering all of the detailed and bespoke art. The game is far more extensive than you might expect, with many big towns and different kinds of environments you can explore. It takes about 30 hours to beat, making Eastward no small feat of design and creativity. To top it all off the game has a wonderful soundtrack that meshes perfectly with every situation.

The art of Eastward is one thing, but the writing and story are deep and bursting with substance and humour. I haven’t been so moved by a game in a long time, enjoying both the laughs when the times were good and the pangs of sadness when the story strayed into darkness. All together it’s an experience that I couldn’t get enough of even after finishing it. An absolute classic. 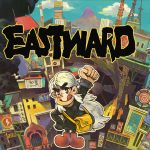 Eastward Review
Pixel Paradise
Eastward is a beautiful adventure, full of complexity and memorable characters that makes a world full of pixels seem larger than life.
The Good
Some of the best pixel art I’ve seen in a long time
Amazing writing, characters and story
Great puzzles and smooth combat
Great array of weapons and interesting monsters
Surprisingly big game and great value for money
The Bad
I wish I could forget it all just so I could play it again
I had a couple of small bugs occur but a patch fixing them is dropping on release
10
Godlike

Eastward Review
Pixel Paradise
Eastward is a beautiful adventure, full of complexity and memorable characters that makes a world full of pixels seem larger than life.
The Good
Some of the best pixel art I’ve seen in a long time
Amazing writing, characters and story
Great puzzles and smooth combat
Great array of weapons and interesting monsters
Surprisingly big game and great value for money
The Bad
I wish I could forget it all just so I could play it again
I had a couple of small bugs occur but a patch fixing them is dropping on release
10
Godlike
In this article:chucklefish, Eastward, indie, nintendo, Nintendo Switch, pc, pixel art, Pixpil, Quirky, review