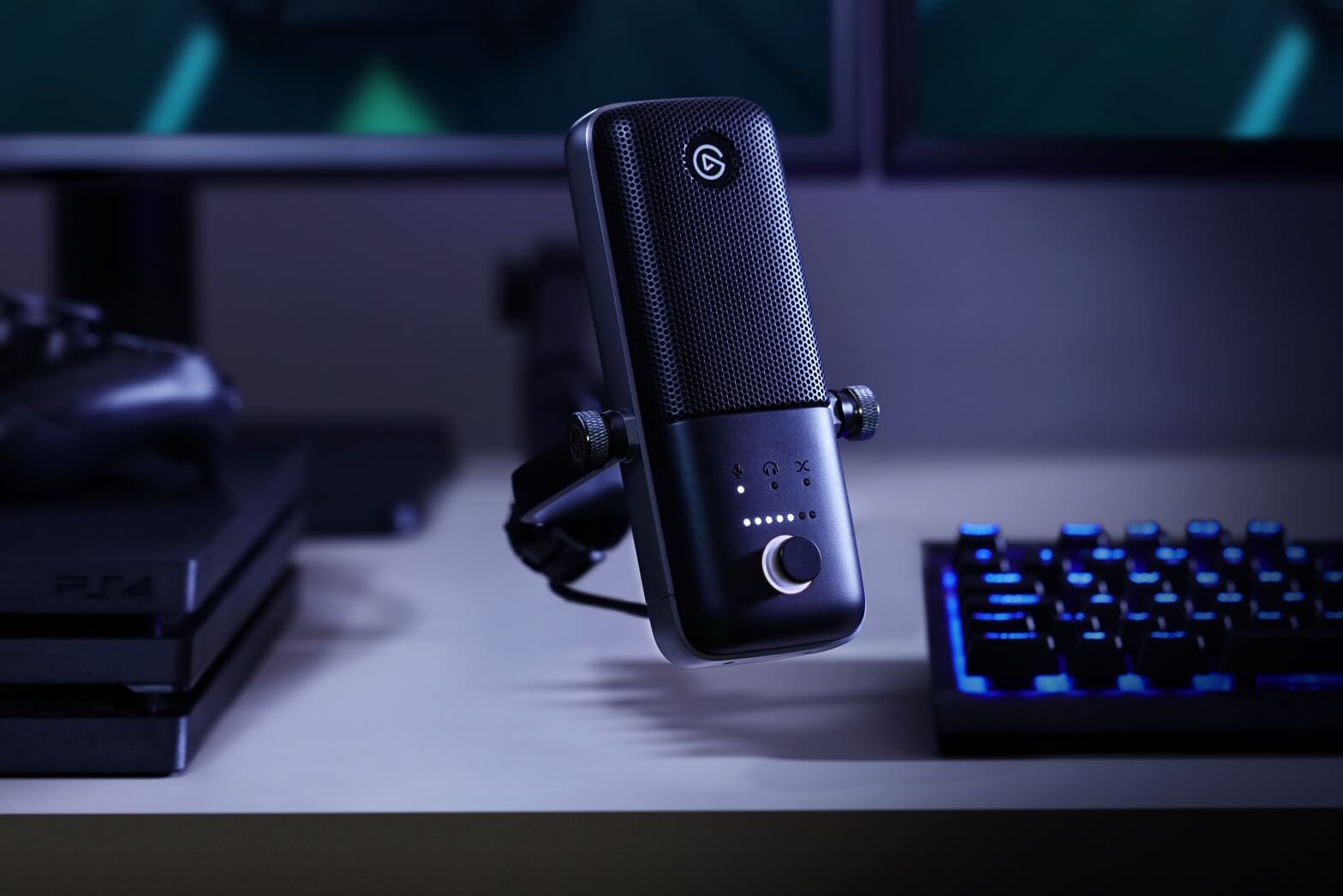 Over the past few years, as I’m sure has been the case with many of us, my home recording and conferencing needs have gone from “This cheap office headset and mic will do me” to “I must sound pristine at all times” quite quickly.

Not only has the pandemic created a lot of at-home audio situations but I’ve managed to get myself involved in more podcasts, streams and other recorded content than ever. After going through a few different brands and models of streaming/casting-focused microphones in that time I think I’ve finally found my perfect match.

The Elgato Wave:3 is the most forgettable microphone I’ve ever used and I bloody love it.

While the box is obviously far from the most important aspect of a new bit of gaming gear, I’ll admit to being quite elated with the Wave:3’s packaging and unboxing experience. Elgato’s entire range has a very slick, very professional-looking and unified package design that continues here, but the inner contents are also just as nicely laid out and premium-feeling. It’s definitely one of the more thoughtful packaging designs I’ve come across, not just for how well-protected and considered the contents are but how prestigious and exciting it all is as you unbox it layer by layer.

In the box is the microphone itself, naturally, the USB-C cable (which is a decent length but sadly a little cheap-feeling) as well as a simple mount adapter and a one-sheet explaining basic setup. It’s everything you need to simply plonk the mic on a desk, slam the cable into your PC and get going.

As far as looks go, the Wave:3 is a svelte little number that resembles the kind of broadcasting microphone you’d expect to see used at a radio station in the 60s. It’s a unique point-of-difference from the chunky Yeti or the bug-zapper-looking Quadcast. It’s built solid and feels it despite the slim form factor, and both the gain dial with LED indicators on the front and tap-to-mute button on top are incredibly useful and well-positioned.

There are a couple of caveats when it comes to the Wave:3’s design, depending on what your expectations are. Before using this mic I had the slightly-cheaper HyperX Quadcast which I would still wholeheartedly recommend based on the fact that it has its own built-in pop filter and ships with a shock mount as standard. The Wave:3, a more expensive device, doesn’t have either of these things – Elgato sells its own clip-on pop filter and a shock mount separately.

Admittedly that’s a fairly standard practice and a particular point-of-difference for the Quadcast but it’s still something to consider when weighing up the actual cost of the Wave:3 given that a pop filter and shock mount are arguably essential for a good recording or streaming setup.

The team at Elgato were kind enough to provide us with both the filter and mount for our review, and as expected I would definitely recommend picking up both to complete the experience. The pop filter (valued at AUD $59) is super easy to clip on with a combination of flush-fitting hooks and magnets. It literally took less than ten seconds to fit securely on there, which was nice.

The shock mount (AUD $79) is similarly simple to whack on there, and works with the adapter to mount the Wave:3 on a separate microphone arm.

Coming from the excellent HyperX Quadcast I was unsure of what to expect in terms of actual recording quality in a similarly-positioned product from a new player in the field. The Wave:3 blew away my expectations though with a crisp, balanced pickup that, crucially, sounds great out of the box with little attention to positioning or post-work. I’m sadly no expert on audio, but that makes this particular praise all the more important – someone like me with little to no experience with recording gear who just wants to stream or create content with minimal fuss can rest assured that the Wave:3 will do an incredibly competent job by default.

One missing feature that might turn punters toward the competing Blue or HyperX solutions is the lack of any recording patterns outside of the basic cardioid pattern – essentially the pickup range you’d use for speaking face-on to the mic. That wasn’t a deal-breaker for me by any stretch given I have it on my desk, facing me, and don’t need it to pick up the rest of the room or any extra speakers, but if any of that is even remotely important you won’t find it here.

Click the play button for a sample of some completely untreated audio from the Wave:3, featuring my favourite Wikipedia entry about Dance Moms and YouTube personality, JoJo Siwa.

At the end of the day this really is a microphone aimed at streamers and video content creators and for that purpose it excels. Streamers in particular will benefit hugely from the Elgato Wavelink software, which acts like an audio mixing interface that really easily wrangles all of your audio devices into one simple output to your streaming or recording software of choice. Even outside of the excellent microphone hardware this one bit of software became instantly invaluable to me in streamlining my live setup – especially paired up with my existing Elgato Stream Deck.

The Elgato Wave:3 is the most forgettable streaming/podcasting microphone I’ve ever used – and I mean that in the best way possible. On the outside it’s understated and thoughtfully-designed, and when it comes to audio it performs incredibly well out-of-the-box and with little treatment from the user. That makes it the perfect solution for aspiring creators who don’t necessarily have a wealth of audio experience, if a comparatively pricey one when factoring in the essential extras like a pop filter and mount. 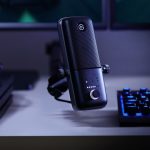 Elgato Wave:3 Review
A Very Sound Wave
The Elgato Wave:3 is a handsome, premium and incredibly simple microphone that'll add a touch of quality to any streaming or podcasting setup. In fact, it's easily the best I've used so far. Just keep in mind the added cost of the pop filter and shock mount if you want the proper experience.
The Good
Unboxing and setup experience are classy and simple
Recording quality is stellar for the price
Understated aesthetic that looks good on any desk
Wavelink is an excellent piece of software
The Bad
Added cost for extras that rival mics include
Only a single recording pattern

Elgato Wave:3 Review
A Very Sound Wave
The Elgato Wave:3 is a handsome, premium and incredibly simple microphone that'll add a touch of quality to any streaming or podcasting setup. In fact, it's easily the best I've used so far. Just keep in mind the added cost of the pop filter and shock mount if you want the proper experience.
The Good
Unboxing and setup experience are classy and simple
Recording quality is stellar for the price
Understated aesthetic that looks good on any desk
Wavelink is an excellent piece of software
The Bad
Added cost for extras that rival mics include
Only a single recording pattern
In this article:corsair, elgato, microphone, review, streaming, wave 3