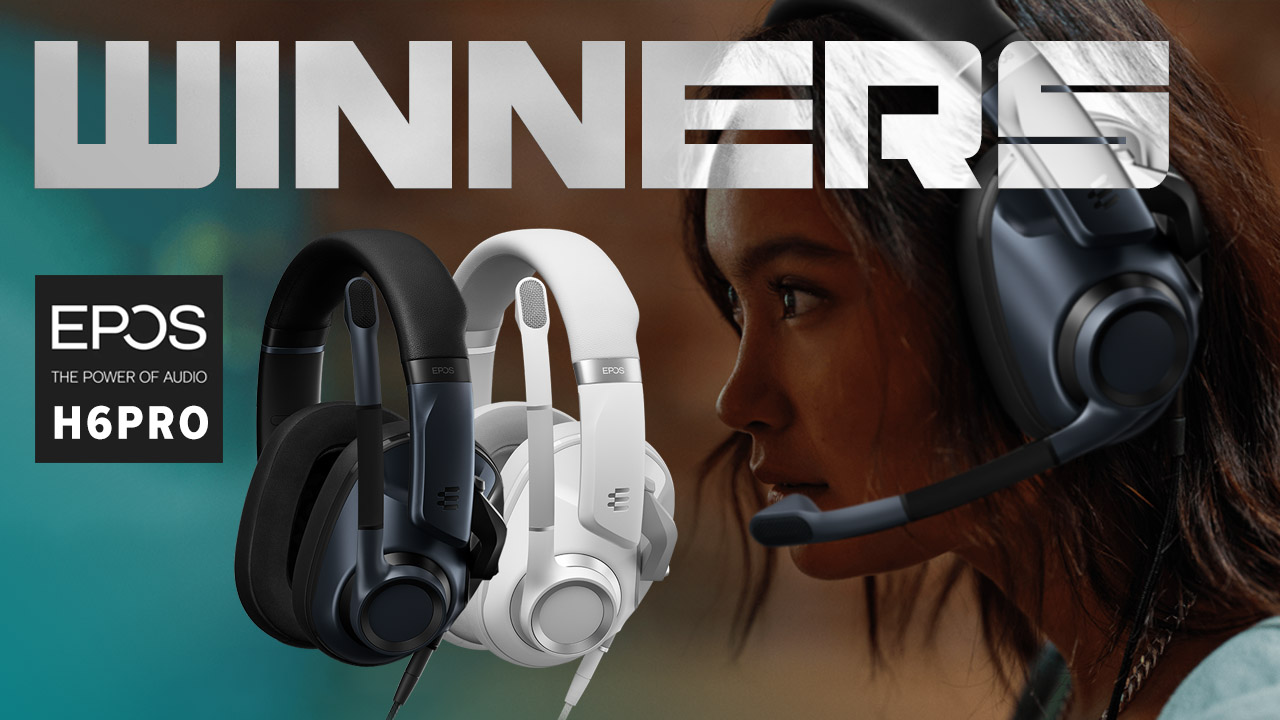 Thanks to EPOS, we had two sets of the EPOS H6PRO to give away. Aside from some basic requirements, all entrants had to do was tell us what their favourite gaming soundtrack is.

Due to the overwhelming number of entries, the judges have spent the past week deliberating over who should be crowned the winners, and there were so many answers that could have won. Unfortunately, having the shortlist compete in a sack race wasn’t an option, so we had to randomly draw the winners. Before we reveal the winners, based on the entries there is a lot of love for soundtracks for The Legend of Zelda, DOOM, The Last of Us, Tony Hawk Pro Skater, FIFA, Grand Theft Auto and Final Fantasy. Lastly, shoutouts to the person who submitted Vengaboys – We Like to Party as their favourite gaming soundtrack.

The winners of our EPOS H6PRO competition are:

Congratulations to both Matilda and Brendan, someone from WellPlayed will be in contact to organise the delivery of your prize.

Thank you to everyone else who entered the competition, please check back as we look to have more comps in the future.

In this article:EPOS, epos h6pro