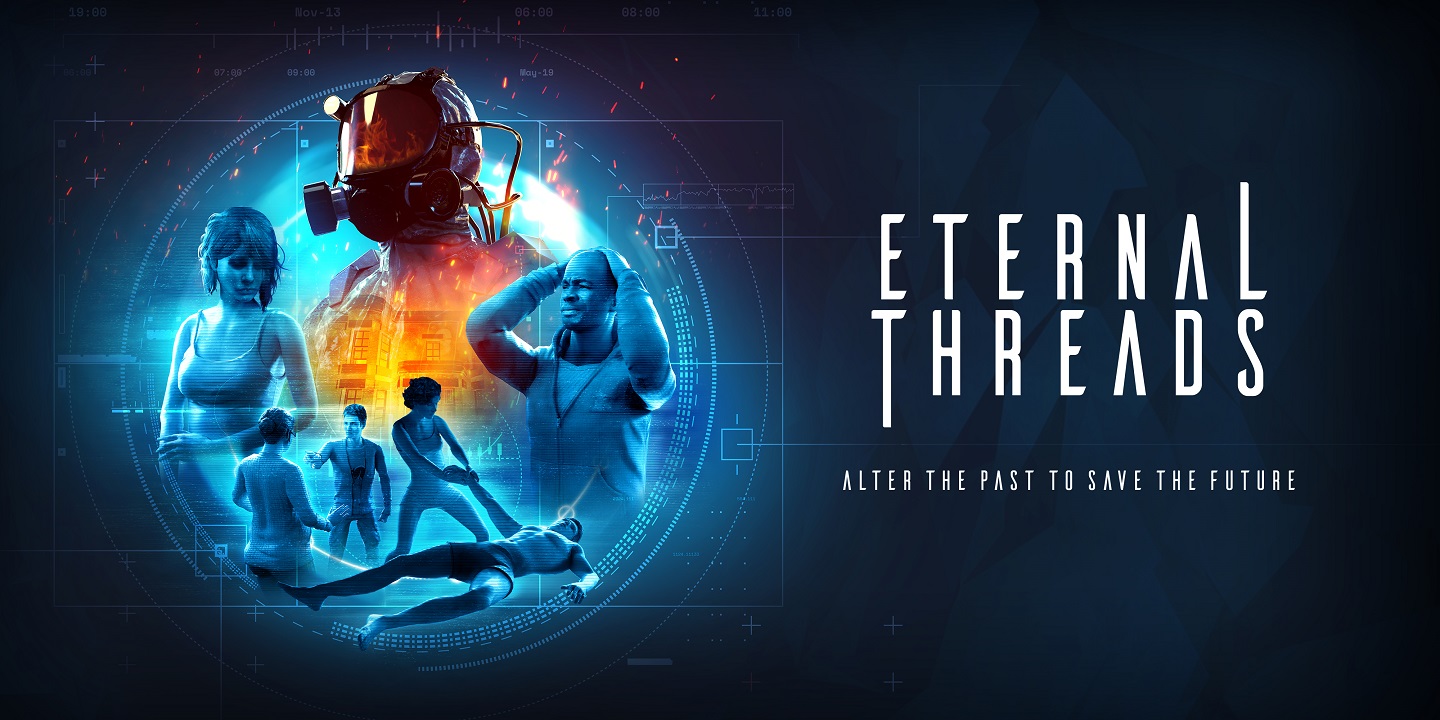 The essence of time travel has led many a curious creator down paths of what ifs?, changing outcomes by purpose or chance and dealing with the outcomes and dark or humorous ways. Many of these stories like to stick with the fantastical, maybe subverting the results of world wars or bringing back half of the galaxy after an alien thought it was best for business, but few focus on a small handful of individuals and their quest to just get through to the next day. Enter Eternal Threads, the debut title from Liverpool-based Cosmonaut Studios that’s equal parts sci-fi time detective and engrossing family drama.

In the far future, the Second Chance Project acts to restore errors from the past thanks to various corruptions formed from time travel itself, sending agents back through time to alter the course of history and remove the errors left in the wake of man’s meddling. You play as one such operative, Agent 43, who is given the assignment of a house fire that killed its tenants. The goal is simple enough, explore the time stream and find a way to save all six people from an accident that’s inevitable.

The dark, charred mess of a house greets you eerily at first as Eternal Threads explains its various mechanics, setting the tone for a seemingly uncomfortable journey to discover what happened to the people inside. Played out in first person, it’s easy to be reminded of fellow puzzlers such as Tacoma or What Remains of Edith Finch, where a seemingly empty space hides little secrets and an intriguing plot. What sets Cosmonaut Studios’ game apart from the rest, however, is its time map, a simple concept that allows you to move back and forth across various events. You watch each one play out, ghostly visages of the former residents going about their normal lives, with a constant downpour outside reminding you of their supposed fate at every turn.

Certain moments require you to make a choice, good or bad, that can have wide-reaching consequences on later events as well as reveal alternate points in time that would otherwise never exist. The more you watch and take in each character’s life, the more you want to see what happens next and how each personal change can affect what comes next. Will Jenny or Ben reveal their secrets to each other? Will Neil go out to drink or study? Will Linda figure out her life? All of these personal journeys are in your hands, but the trick the game plays on you is the fact that it may not necessarily reach a happy ending.

Every character has a sense of realism behind them and the issues they find themselves burdened with, some of which may be confronting to certain players, not in a horror or thriller kind of way but in how raw and emotional they can be. Perhaps even relative, as is the case with Linda who is struggling with her marriage. Kudos to the entire voice cast and the narrative writers, who not only keep things in perspective without going down the stereotypical Hollywood cliché path but deliver each line believably as if these characters do exist. Of course, that’s overlayed by the constant feeling that something else is going on, that not everything is as it seems, but at its core Eternal Threads is a tale of tragedy that you must manipulate to save the future of these people and perhaps the future of mankind, even if the results leave these characters in a worse mental state than when they started.

Your choices change more than just this moment

Eeriness aside, Eternal Threads plays its little puzzle game effectively, allowing you to explore around the house at your leisure though keeping some of its secrets or locked off areas to within the time stream before revealing themselves. Its pace is methodically slow, every event necessary to a point though permeated by cheeky humour and clever pop culture nods that make you feel for everyone in the house. A greater emphasis on interactivity would have been welcome, perhaps the ability to physically solve puzzles instead of the game taking control and doing some of the work for you, but it’s the stories of these six lives that will keep you enthralled and motivated to follow across the time map to the end, hoping to perhaps reach a happier ending by altering events just enough. It’ll take time and patience, but the reward can be solving personal disputes and perhaps avoiding a disaster worse than death.

If anything, Eternal Threads could have been a darker tale. There’s moments where I personally felt unnerved and awkward, which is exactly what the game sets out to do, but there are no jump scares here or an overall sense of dread despite how it might seem. That eeriness is a deliberate ploy, to keep you just on the edge as you slowly pick away at the threads, but perhaps a few extra layers here or there could have added to the atmosphere and pacing. On the flip side, any extra elements could have taken away from the importance of these personal stories, but it would have been interesting to lean into that eeriness just a little more.

The time map is a glorious puzzle in itself

Eternal Threads comes together as a solid, engaging narrative that keeps things simple, with a cleverly implemented time manipulation mechanic that easily allows you to jump back and forth through every possible outcome. And you’ll want to explore those outcomes, because there’s plenty of interesting threads that could otherwise go unnoticed. It might not do anything altogether ground-breaking, but as an overall package it’s hard not to recommend this thoroughly enjoyable tale. 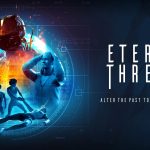 Eternal Threads Review
Second Chance Threads
If you enjoy clever puzzlers or first person, narrative-driven tales, Eternal Threads should be on your radar. Some of the tales at play can be confronting, but playing with time and discovering the outcomes has rarely felt so enthralling.
The Good
Excellent Storytelling
Atmosphere keeps you on the edge
Clever use of the time manipulation concept
Enjoyable voice acting
The Bad
Visuals are a little sparse
Puzzles outside of the time map could have been more elaborate
Might have benefitted from an extra layer of eeriness
8.5
Get Around It

Eternal Threads Review
Second Chance Threads
If you enjoy clever puzzlers or first person, narrative-driven tales, Eternal Threads should be on your radar. Some of the tales at play can be confronting, but playing with time and discovering the outcomes has rarely felt so enthralling.
The Good
Excellent Storytelling
Atmosphere keeps you on the edge
Clever use of the time manipulation concept
Enjoyable voice acting
The Bad
Visuals are a little sparse
Puzzles outside of the time map could have been more elaborate
Might have benefitted from an extra layer of eeriness
8.5
Get Around It
In this article:1st person, Cosmonaut Studios, Eternal Threads, mark isaacson, pc, review