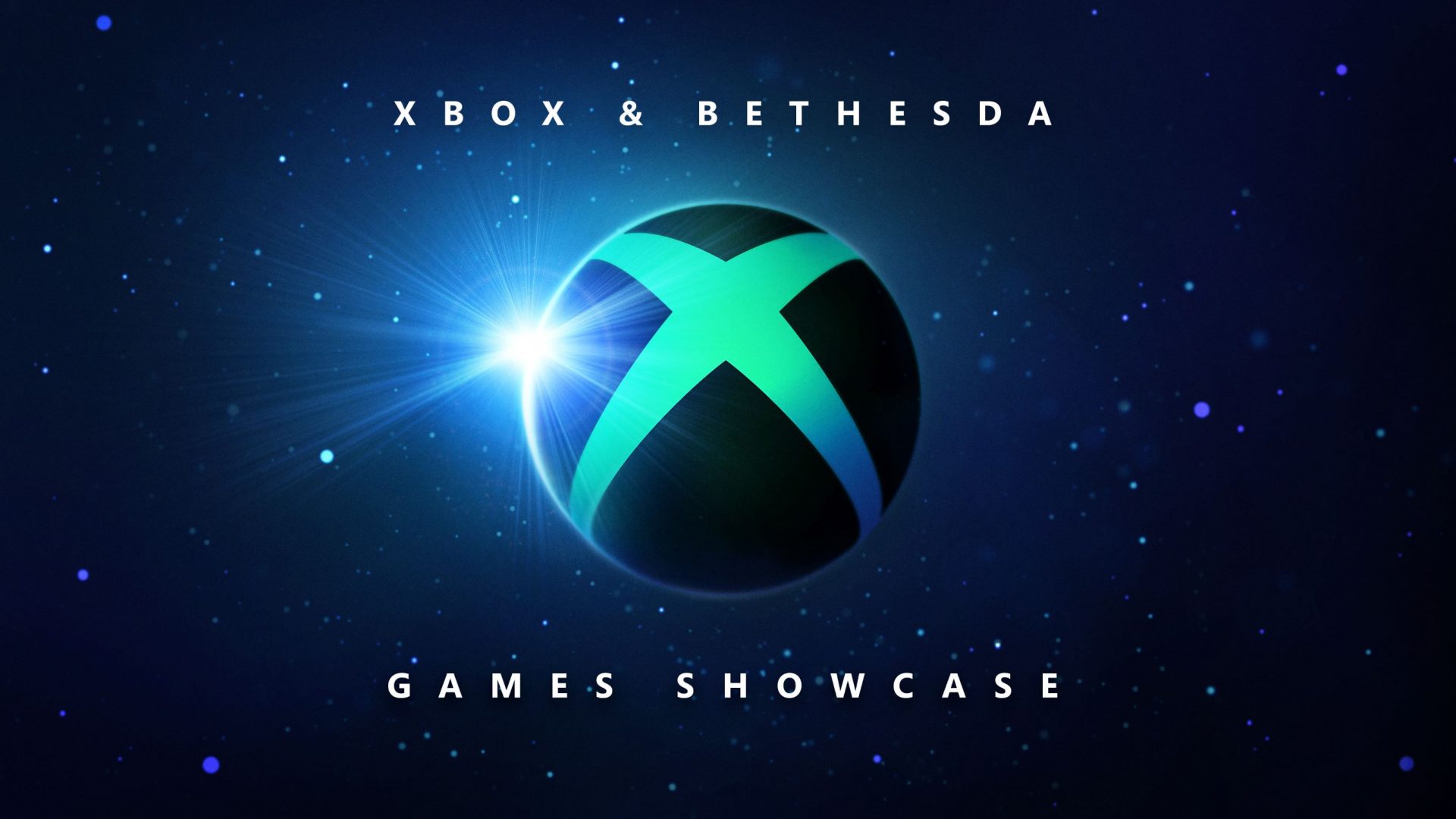 Gaming Christmas continues, with the Xbox & Bethesda Games Showcase. A full, 90-minute livestream is scheduled, with a follow-up showcase booked to dive deeper into the announced titles. Unlike Summer Game Fest, we haven’t been told what to expect, so we’re going in blind and hoping for the best. Stick with us, it’s very early and we’ll update the list as we wake up.

Here’s everything announced during the Xbox & Bethesda Games Showcase 2022:

Despite getting pushed back into 2023, the show opened with a decent look at Redfall, the vampire first-person shooter from Arkane. This new trailer gave us a glimpse at gameplay while introducing the game’s characters and story. Overall, it gave us Left 4 Dead vibes, which could absolutely be a good thing. Coming to Xbox Series X|S and PC in 2023 and day one to Game Pass.

Hollow Knight: Silksong continues to look impressive. The long-awaited follow-up got a brand new trailer that showed the silky-smooth combat and visuals. Still no release date, but it was announced that it’ll be coming to Xbox Game Pass on day one.

Our first new game announcement of the showcase, High On Life is a first-person shooter from Justin Roiland, the man behind Rick and Morty. This reveal trailer shows off some entertaining gameplay featuring sentient weapons with various personalities. No release info for this one, but it’s definitely coming day one to Game Pass.

Riot Games is joining the Game Pass crew and is offering a number of benefits for subscribers who play their games on PC and mobile.  League of Legends, League of Legends: Wild Rift,Valorant, Teamfight Tactics, and Legends of Runeterra will have features ranging from playable characters being unlocked to a card set, depending on the game. These benefits should be available this summer.

We got another look at gameplay for Asobo Studio’s hotly-anticipated sequel A Plague Tale: Requiem, which showed off Amicia’s newfound skills in combat. Looks awesome but still no release date. Rats. Coming to Game Pass day one.

Our very first in-depth look at the next generation of Forza Motorsport. Doing away with the cumbersome numbers, this new racing sim is set to really show the capabilities of the latest generation of consoles. New dynamic time of day systems allows for tracks to feel more unique and behave slightly differently depending on what time of day your races occur. Forza Motorsport will release sometime in 2023.

The 40-year celebration will take to the skies in November and sees Microsoft partner with Smithsonian National Air and Space Museum for a special experience. Also, drop by the hangar and take the Halo Infinite pelican for a spin as of today.

Not only did we get confirmation of a free-to-play model and an October 4 early access release date, but we got our first look at the series’ newest hero, an Australian badarse with a gnarly gun and a sweet axe.

One for the PC crowd next up. Ara: History Untold is a historical turn-based strategy game where your choices will shape history. This one is coming to PC Game Pass, but we just don’t know when.

We received another trailer for The Elder Scrolls Online: High Isle, the latest DLC to hit the MMORPG set in the world of Tamriel. Launching on PC only a week ago, High Isle will be launching on Xbox and PlayStation consoles, as well as Game Pass on July 21.

The wasteland is expanding. Fallout 76‘s next major expansion, Expeditions: The Pitt, takes players beyond Appalachia and into new locations filled with danger and intrigue. New characters, rewards and missions await when this DLC lands in September this year.

Hot Wheels is coming to Forza Horizon 5 on July 19 and it looks dope. Bring on the orange plastic track.

Vin Diesel riding a dinosaur is just what this showcased asked for and ask and you shall receive. Ark 2 will be an Xbox console launch exclusive. Coming in 2023.

A bizarre trailer for a bizarre game. The music did not really fit the imagery our eyes were seeing but Scorn still looks creepy and we’re keen. The game finally has a release date and will launch on Xbox on October 21.

Flintlock: The Siege of Dawn

First announced back in March, we got a new and extended look at Flintlock: The Siege of Dawn, an action RPG from the developers of Ashen. The gameplay continues to look fun and the world looks interesting. We don’t have a release date, but it was announced for early 2023.

Well, this was an unexpected announcement. A new game from developers Mojang, Minecraft Legends is an action strategy game that has players gathering resources, exploring the world, gathering a fighting force and battling against the Piglins as they attempt to corrupt the Overworld. An interesting spin on the Minecraft series, Legends will release on Xbox Series X|S, Xbox One and PC in 2023 and will, of course, be on Game Pass day one.

Wouldn’t farming be easier in a mech? Absolutely. Lightyear Frontier – A Fresh Start looks to realise that easy dream by combining the utility and power of a mech with the serene calmness that comes with starting a farm from scratch. You’ll be able to jump into that mech when it launches in early access on Xbox Series X|S and Xbox One in 2023.

Making its way from PC exclusivity to consoles and Game Pass, Gunfire Reborn is a first-person, cel-shaded Roguelike where you assume the role of a furry fighter and make your way through waves of enemies to power up and defeat bosses. This roguelike is making its way to consoles and Game Pass some time in October 2022, and is already available on Steam for PC players.

The Last Case of Benedict Fox

With an art style inspired by Tim Burton, developer Plot Twist’s The Last Case of Benedict Fox is a dark side-scrolling adventure where you play as the titular detective as he explores the minds of the recently deceased to solve a murder and missing child mystery. One to keep an eye on. Coming to Xbox consoles and PC in Autumn 2023.

An interactive drama with a unique art style, As Dusk Falls has players making choices that will impact the lives of the characters. Coming to Xbox Series X|S, Xbox One and PC on July 19. Coming to Xbox Game Pass day one.

The popular melee-based battle royale NARAKA: BLADEPOINT is making its way to Xbox Series X|S. Better still, the game will be available on Xbox and PC via Game Pass when it releases on June 23.

Obsidian’s backyard battler is fully releasing this September with a campaign that can be played solo or with mates.

Another new announcement came next, this time from indie developer Baby Robot Games. Ereben: Shadow Legacy is described as a fast-paced stealth platformer, where the player character Ayana has the ability to move through shadows in order to sneak by, or get the drop on, enemies. With a really cool art style and some interesting mechanics, this is one we’ll be keeping our eyes on. no release info just yet, but it’s coming to Game Pass.

Developed by Obsidian Entertainment, Pentiment is a medieval-inspired narrative adventure that is set in 16th century Bavaria where players play as journeyman artist during a time of great social unrest. Coming in November.

This section initially focuses on the reveal for the Necromancer class, the fifth and final class to be added to the Diablo IV roster alongside the Rogue, Druid, Sorceress, and Barbarian. The team then shifted our focus to more gameplay footage and gave some commentary detailing the campaign elements, game systems, and new mechanics like Local Events and World Bosses, which are bringing in MMO elements into the ARPG. Blizzard has stated they will be supporting the game for “years to come” once it releases in 2023 for the Xbox and PC.

Rare’s online pirate game, Sea of Thieves, takes the stage to show off some new features coming in Season 7. A number of features and improvements are being brought in with this update like ship loadouts, and cabin customisation. The Season 7 update will be released on July 21.

An action-adventure title set in a fairytale land, Ravenlok makes a strong first impression with its distinct and beautiful visuals. The character design and combat also look promising, with a story that revolves around a girl, her destiny and a dangerous prophecy. Ravenlok is set to release on Xbox Series X|S and Xbox One in 2023. Oh, how could I forget, it’ll also launch day one on Game Pass.

A quiet contender for game of the show for Adam, COCOON is a beautiful puzzle game from Jeppe Carlsen, the lead gameplay designer of LIMBO and INSIDE. Leaping seamlessly through worlds in an attempt to solve puzzles, this is a title that made a huge impression with a very short trailer. Coming to Game Pass on Xbox Series X|S and Xbox One.

From Team Ninja and Koei Tecmo comes Wo Long: Fallen Dynasty, a Musou game that has the player wading through waves upon waves of enemies during a demon-infested version of the Han Dynasty. Coming to Game Pass on Xbox Series X|S, Xbox One and PC in early 2023.

Persona Series on Xbox and PC

The beloved Persona games are finally making their way onto Xbox and PC in the forms of Persona 3 Portable, Persona 4 Golden, and Persona 5 Royal. Persona 5 Royal is the first to be released, supposedly on October 21, 2021, which was 235 days ago.

We didn’t get a trailer or even any concept art, but Hideo Kojima made an appearance to let us know that Kojima Productions is working with Xbox to bring us their newest game. We didn’t get anything else, not even a cheeky tease of what they’ve got cooking, but hopefully, it’s the recently rumoured horror title.

What better way to close out the Xbox & Bethesda showcase than Starfield? Showing off a variety of worlds and cities to explore, Starfield looks like it may just be worth the wait. With base building, crew and ship customisation, a flexible and diverse character creator, a whole lot of space to explore, and ship-to-ship space combat, the 2023 release window cannot come any sooner.

Did you watch along live? What was your highlight from the showcase? Let us know in the comments or on our social media.

In this article:but really who is going to buy this on xbox, pc, xbox, Xbox & Bethesda Games Showcase 2022, Xbox Game Pass, Xbox One, Xbox Series X&S