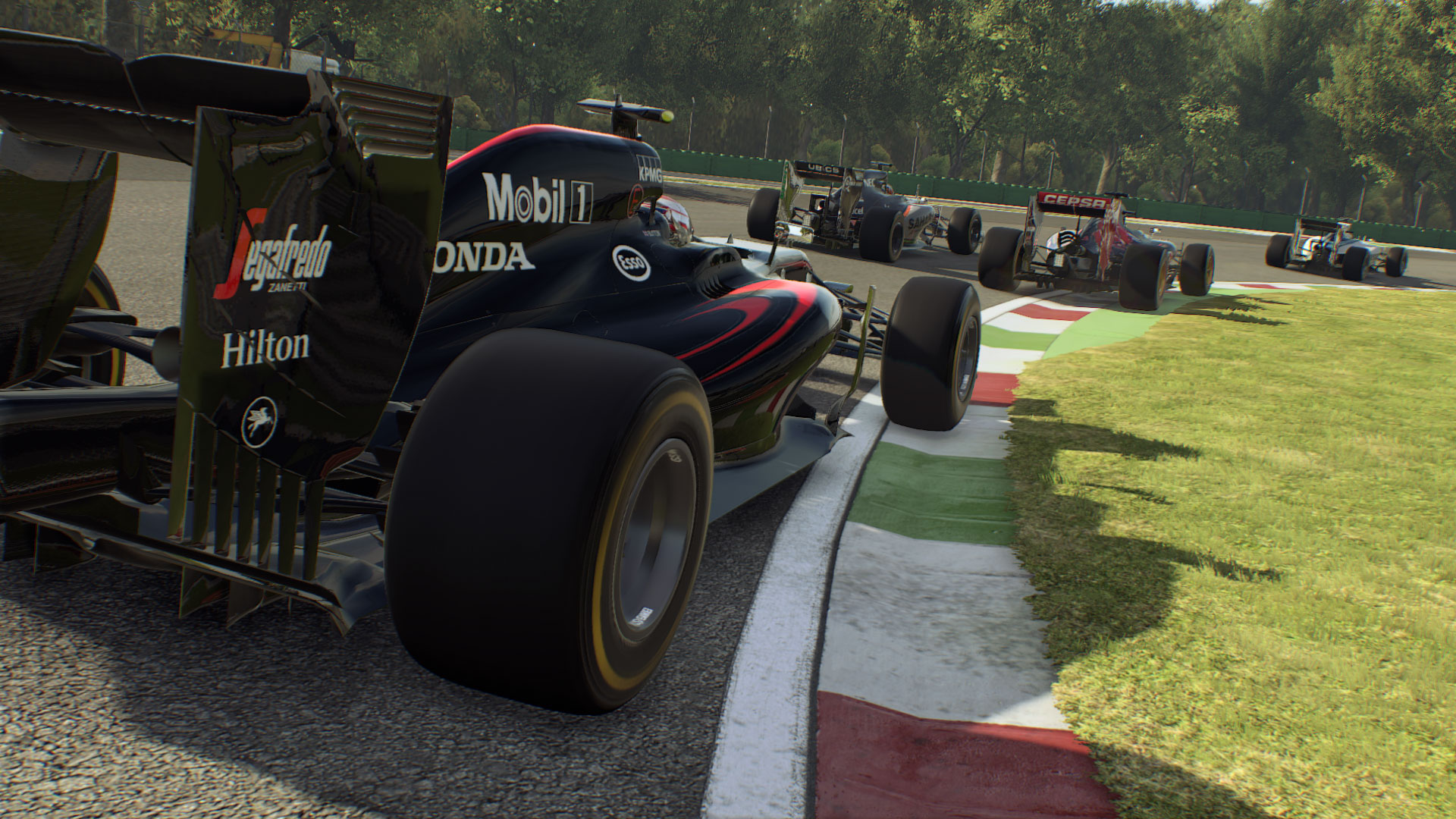 Codemasters® have announced the launch of F1 2015, the official videogame of the 2015 FIA FORMULA ONE WORLD CHAMPIONSHIP™. The launch of F1 2015 marks the award-winning series’ debut on PS4, Xbox One. The title is also available on PC as always.

So much speed, Keanu Reeves would be proud.

To celebrate the game’s launch, Codemasters have released a new F1 2015 launch trailer that showcases how F1 2015 takes players closer to the real-world experience of racing in the world’s most glamorous, exciting and prestigious motorsport, thanks to a brand new version of Codemasters’ proprietary EGO game engine. In addition to spectacular visual fidelity, F1 2015 offers a significant step forward in the physics-based handling model of the game, which is designed to be inclusive for both seasoned players and those new to the series. The handling model offers enhancements and additions in over 20 areas, including engine and transmission, aerodynamics, fuel tank, force feedback, suspension and most notably, a brand new tyre physics model, to recreate the breathtaking handling characteristics of the world’s fastest and most responsive racing cars.

F1 2015 is now available on PlayStation 4, Xbox One and Windows PC. Follow Codemasters F1 games blog and social channels on Twitter and Facebook for future updates. F1 2015 is published by Codemasters and distributed by BANDAI NAMCO Entertainment in Europe, North and South America, the Middle East, Russia, Australia and New Zealand.