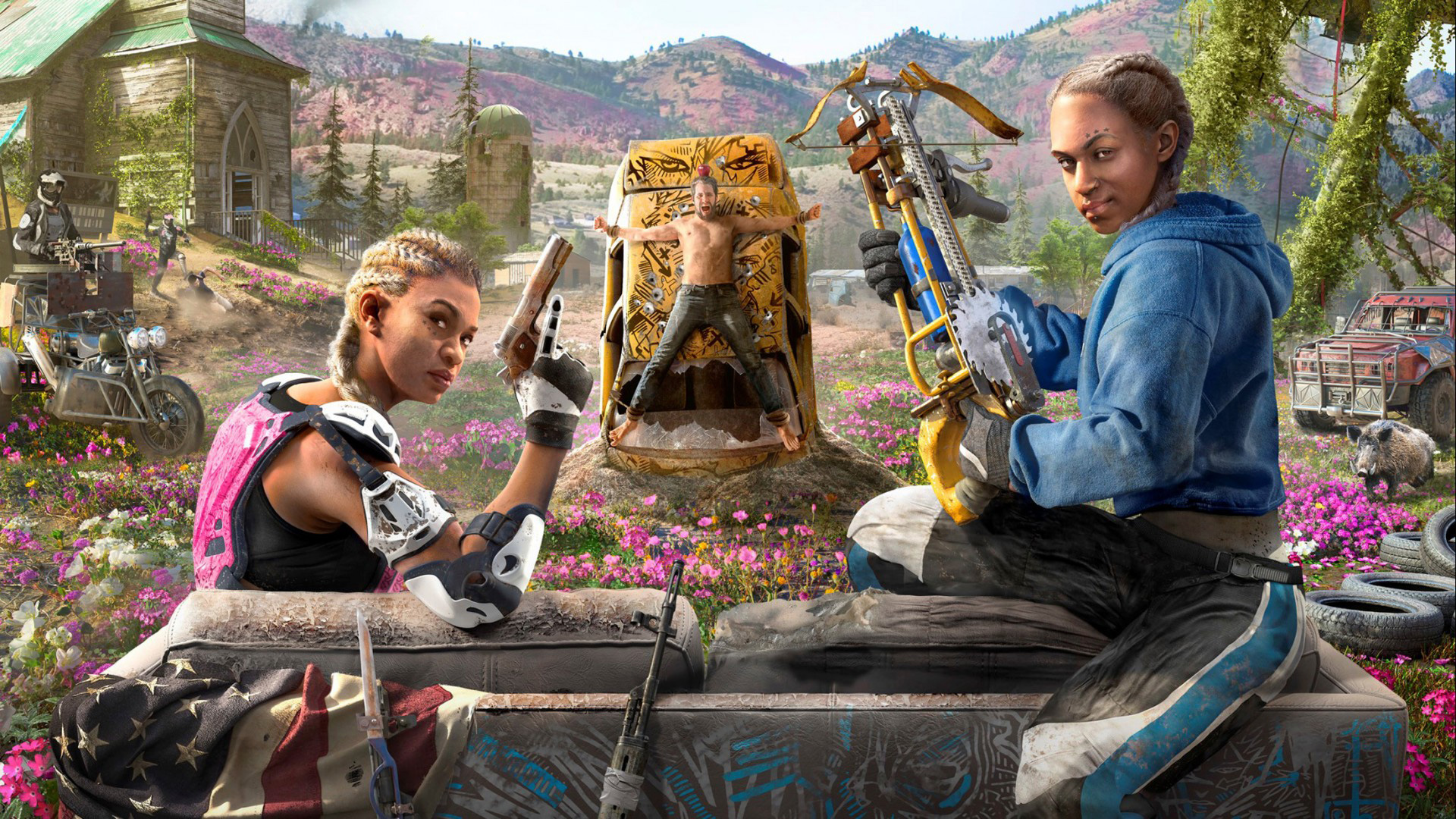 The 2-minute trailer focuses on the struggles of the innocent survivors of the apocalypse, as they continue fighting a losing battle against a ruthless gang known as the Highwaymen, who are led by two maniacal and bloodthirsty twin sisters.

The twins in the trailer prove that they are not to be trifled with, as their merciless behaviour shows off just how dangerous they are. Those who are fighting the war against the Highwaymen are so desperate to rid of them and the twins, that they seek help from New Eden and their leader Joseph Seed, the crazy cult group that served as the antagonist of Far Cry 5.

The alliance with Joseph Seed is an interesting one, as it’ll be the first time in which we’ll see Seed as anything other than a heartless villain. A new character in the trailer eludes to the alliance with Seed as being “a deal with the devil” however, so I wouldn’t really be surprised if Seed has more tricks up his sleeve. For now though, we will have to wait.

Far Cry New Dawn releases on PlayStation 4, Xbox One, and PC on February 15th . In the meantime, you can watch the new story trailer below: