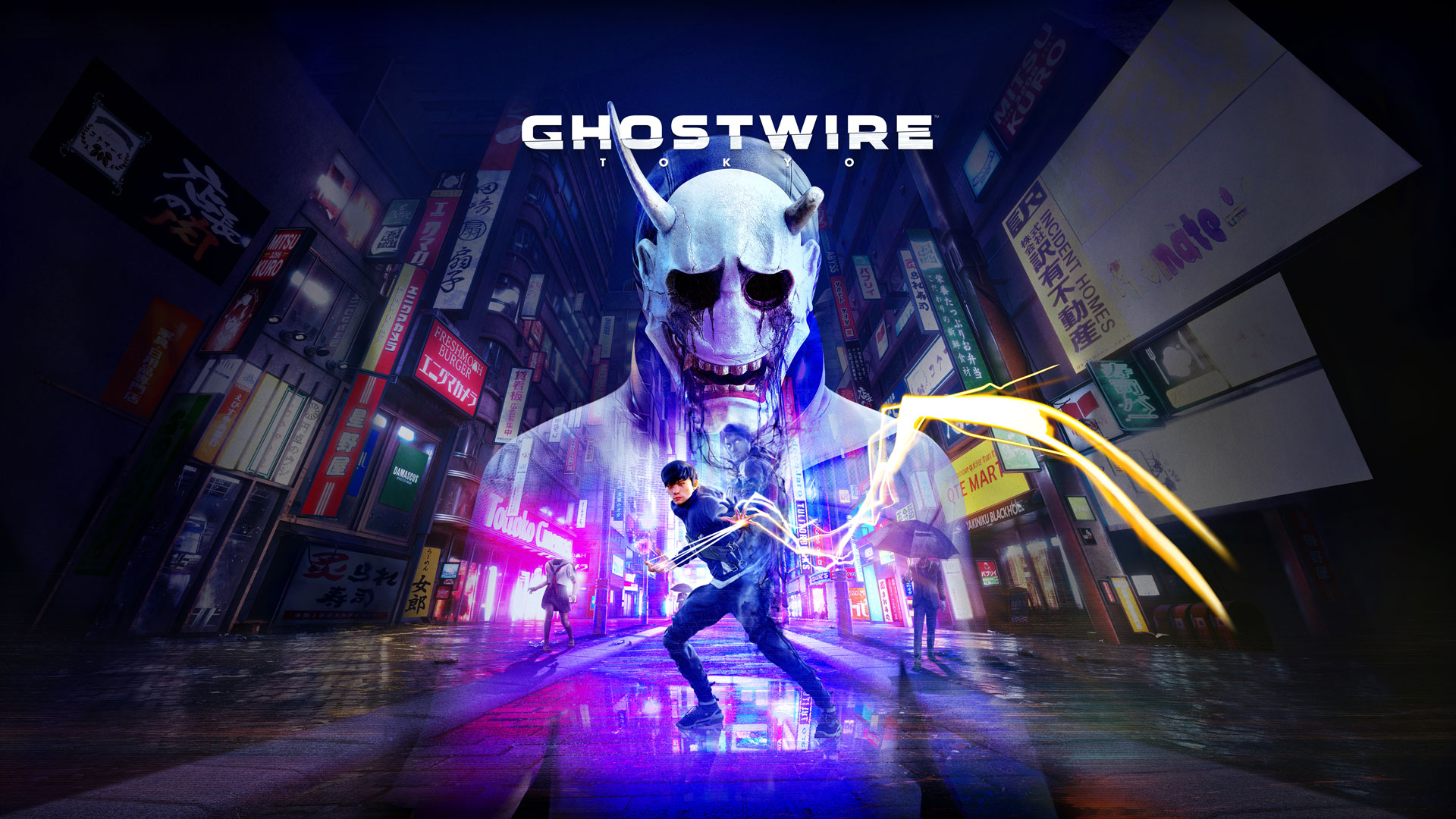 When Ghostwire: Tokyo was first announced in 2019 I was super excited. Not only is the game’s developer Tango Gameworks led by one of my favourite game industry talents in Shinji Mikami, but its Evil Within series has given me two good survival horror games. However, Ghostwire: Tokyo is a departure from the third-person survival horror experiences Tango is known for, and instead is a first-person action-adventure game. Still, it’s right in my wheelhouse. But since its announcement details have been scarce…until now. Recently, I took part in a hands-off preview session that gave us a look at roughly 30 minutes of footage, and while I came away with a better understanding of what the game is and am still excited for its release, the session perhaps didn’t showcase the gameplay as best as it could have.

The premise sees the citizens of Tokyo inexplicably vanish one day, with the city shrouded in a mysterious fog and overcome by supernatural creatures known as the Visitors. You play as Akito, a young man who finds himself fused with a skilled ghost hunter-turned-spirit named KK, and they’ll need to work together to stop the game’s antagonist Hannya, as well as uncover the truth behind the disappearances.

Our gameplay demo kicks off during the early stages of the game and it doesn’t take long until we’re getting our first look at the game’s combat and some of the enemies, including faceless men holding umbrellas and rocking suits that would make Barney Stinson jealous. Akito’s main form of attack is called Ethereal Weaving, which allows him to deliver ranged attacks before killing enemies by grabbing their core. The neat thing about this is that you can chain enemies together when weakened and grab multiple cores in one move.

Once the streets are clear of Visitors, Akito is able to cleanse a torii gate and obtain a katashiro, an item that will allow Akito to save spirits lost in Tokyo. There are many torii gates throughout the world, and when cleansed they will unlock new areas for exploration. While exploring the world, Akito will also run into Yokai that can be caught, and doing so will increase Akito’s power or provide aid to Akito on his journey.

Speaking of the world, the atmosphere is absolutely incredible, and despite the city lights still burning bright in some areas, the deserted streets give off an unsettling vibe, especially with Visitors roaming around. While it may not be a horror game, the design of the Visitors, whether it be the faceless businessman, headless school girls or a crazed scissor-wielding lady, gave me Forbidden Siren vibes and are downright excellent and creepy.

If it rains, that thing is going to be useless

As Akito moves through his objectives, I get a sense that the structure of the world feels very similar to The Evil Within 2, with Tokyo one big expanse that can be explored, but also featuring smaller and more contained areas.

This is highlighted by a sequence where Akito explores an apartment and becomes trapped inside its boundaries. It’s here we see the world disconnect from reality and we get some of that signature Tango mind-bending supernaturalness. The stuff that makes you think that perhaps the team was on LSD when they made this game. Akito will need to destroy the barrier’s source, and having just acquired a bow, it’s the perfect weapon to finish the job off.

As our gameplay demo neared the end, we had been shown several combat sequences. In some cases Akito would take out enemies by using stealth, while others he would use a combination of Ethereal Weaving and his bow. Akito’s Ethereal Weaving also has three elemental variants (wind, water and fire), and each has its own use and can be upgraded as you progress. From the showcase snippets it looks like it could make for an incredibly satisfying mix.

My first thought was that it reminded me of Dishonored, being able to mix magic, weaponry and stealth to dispatch the Visitors. It sounds very cool in concept, however during the hands-off session there wasn’t much variety on display and it did start to look a little repetitive. I figure Tango wouldn’t want to reveal all of the game’s secrets in a short showing, but I hoped they would show a little more than they did. Thankfully the PlayStation showcase lifted the lid a lot more (check it out below), and I have to say after seeing and learning more, my reservations have been put at ease.

It’s always a challenge to get a clear picture of how a game will play from a hands-off preview, but in saying that, after both the hands-off session and the PlayStation showcase, Ghostwire: Tokyo is still one of my most anticipated games of the year. Even though what we saw was only a brief insight, the unsettling world of Ghostwire: Tokyo is one that I can’t wait to explore.