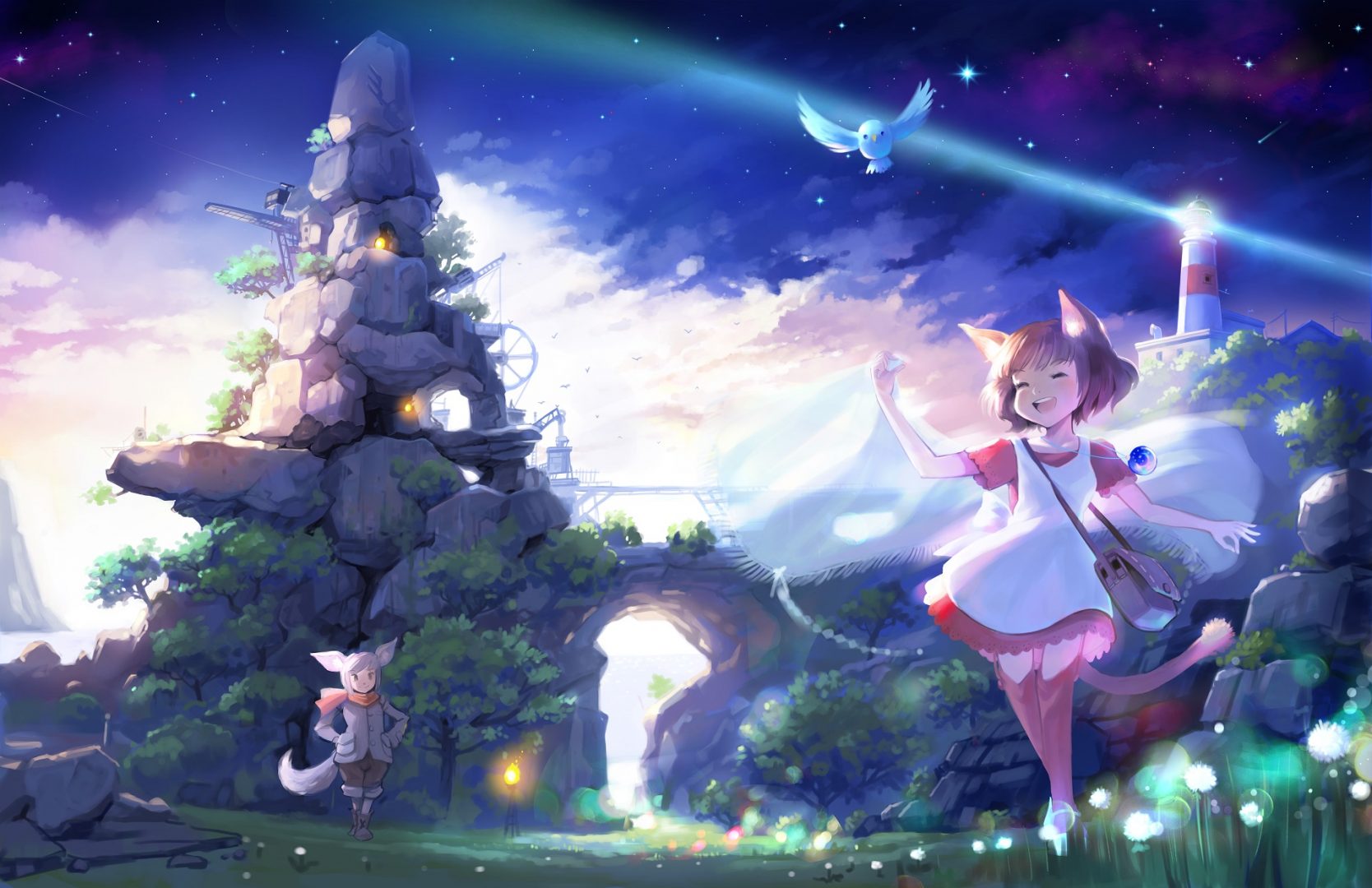 Sometimes I go into a video game with little to know prior knowledge and come away pleasantly surprised. Sometimes though, I come out just as confused as when I go in. Giraffe and Annika, from developer Atelier Mimina, definitely makes up the latter, but it’s important to note that this isn’t necessarily a bad thing. It sure is weird, and rough around the edges, but for a game from a tiny team it has a huge amount of heart.

Giraffe and Annika tells a tale with two sides – there’s the immediate, fantastical story of the island of Spica where main character Annika finds herself drawn to helping its anthropomorphic animal inhabitants. Then there’s the unspoken side, the mystery behind the curtain and Annika’s real story, uncovered as the game’s adventure rolls on. The cat-eared Annika befriends a fox person named Giraffe (hence the title), and learns that she’s the only one capable of exploring Spica Island’s mysterious dungeons to recover three precious and powerful gems, but of course it isn’t long before she discovered there’s more to Spica, and Giraffe, than first meets the eye. It’s all very simple, and fairly predictable in the end, but it’s bolstered by some decent writing and manga-style cutscenes with very nice art.

To move that story along, it’s up to Annika to gradually explore the island, assisting its citizens with their troubles enough to progress further toward each dungeon and unlock its secrets. It’s a short, five-ish hour experience that mostly consists of wandering the environment looking for items and secrets or figuring out the right time and place to talk to the right people. In the dungeons, it’s as simple as running from A to B and avoiding ghostly enemies, with some light platforming thrown in and the occasional gameplay twist. These dungeon runs also end in very basic rhythm-based boss battles that, while mostly fun, feel disappointingly clunky. That’s a sentiment that carries across to the game as a whole in fact, making it feel amateurish. I get the sense that many involved in the game’s production are amateurs or at least not experienced in absolutely every facet of game design, so it’s hard to hold it against them.

There are also plenty of secrets to discover, many of which include or lead to a collection of fantastic cat-related art from artists all over the internet, which is neat. It’s not a stretch to say that the 2D art across a lot of the game is far more successful than the 3D visuals at its core, which feel like a hodgepodge of bespoke and store-bought models and an uninspired smattering of Unreal Engine effects. It runs nicely, at least, but the overall effect definitely screams more ‘asset flip Steam game’ than ‘premium console release’, even if that’s not entirely accurate. Most of the music is pleasant enough, and some of it is actually great, but the most-used and repeated tracks do outstay their welcome.

Giraffe and Annika is weird in a lot of good ways, and it has the kind of tenacity and heart that makes any good ‘indie’ experience a rewarding one, but there’s no getting around the fact that it lacks in production value and doesn’t amount to much more than a few hours of fetch quests wrapped up in a nice story. I hesitate to say that it’s an objectively ‘good’ game, but it’s an effective enough experience that hardcore weebs, especially the cat lovers among us, won’t mind giving up an afternoon to see it through. 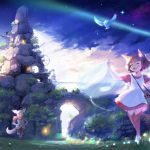 Giraffe And Annika Review
Parry timing feels off
Amateurish qualities undermine it somewhat, but there's a quirky charm to Giraffe and Annika that might still appeal to the right crowd
The Good
Simple but heartwarming story
Nice 2D cutscene and collectible art
Some decent tunes
The Bad
Clunky and basic gameplay
Visually a mixed bag
Some music gets repetitive quickly
Some annoyingly rough sequences
6
Has A Crack