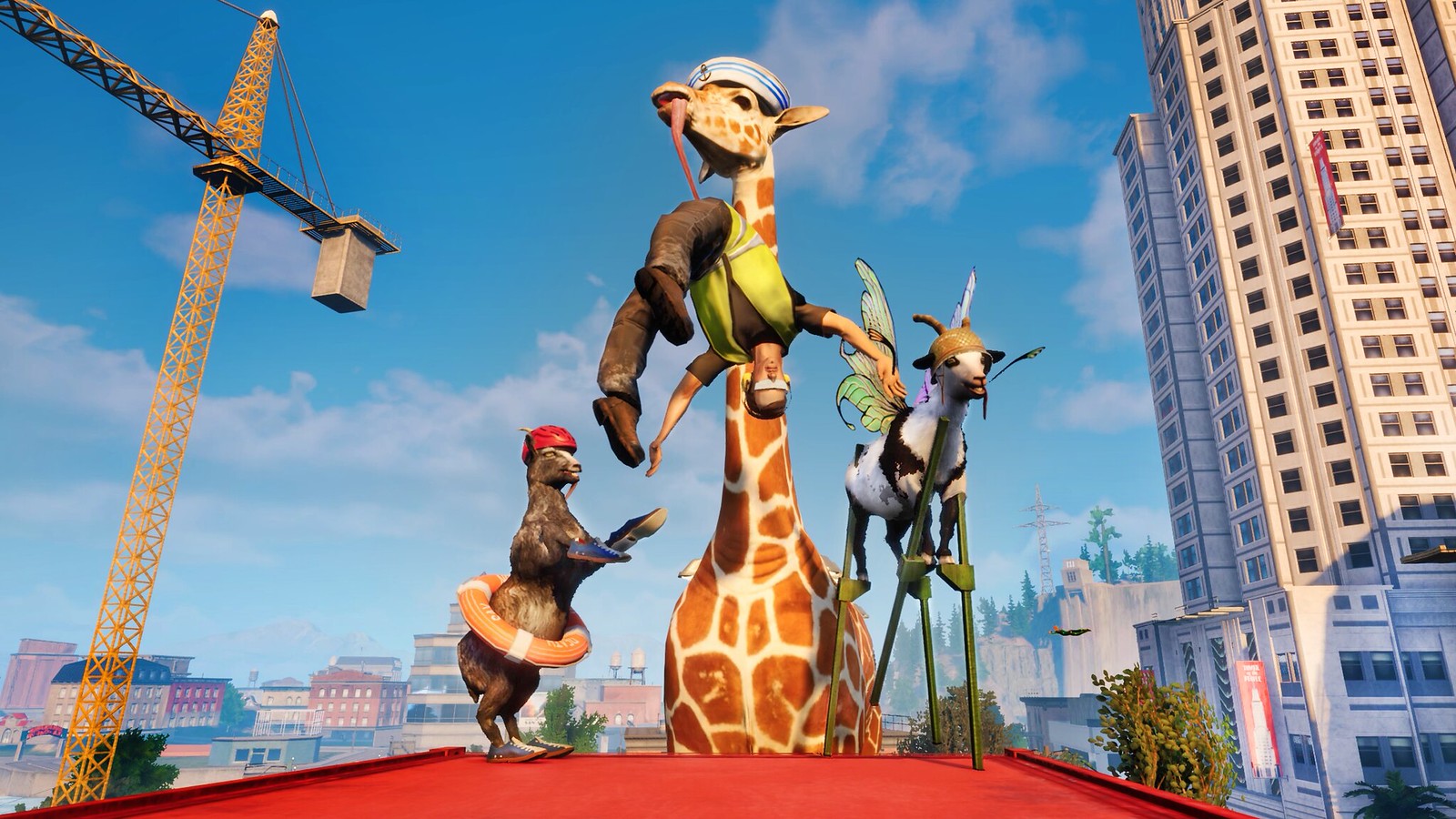 Coffee Stain Publishing has announced that Goat Simulator 3 will release on PS5, Xbox Series X|S and PC on November 17.

If you’ve played the original (and only) Goat Simulator, you’ll know what to expect from the sequel. If you’re new to the craziness, you play as a particularly floppy goat in an open sandbox environment that’s tasked with causing chaos and completely silly objectives. It’s great, dumb fun that has secrets hidden everywhere and the sequel is poised to up the insanity and zaniness.

Speaking of sequels, Coffee Stain Publishing gave some…interesting reasons for skipping two and heading straight for a threequel in a PlayStation Blog post, and they’re all as on-brand as you would expect. The devs reasoning stretched from saying that “someone from the Publishing team said it and we didn’t want to correct them,” to “God of War: Ragnarök was already taken.” My favourite, however, is simply “Baaaaaaaaa.” Truly moving stuff.

If you’re keen to get back into the goat-based mayhem, you can pre-order a digital copy of the game to get access to the pre-udder bonus, which adds an udder to your goat which, makes about as much sense as the rest of the game. There’s also a Digital Downgrade Edition that comes with eight skins from the original game. Lastly, a physical Goat In A Box Edition will be available for pre-order that comes with the game, a plush Pilgor (the goat), a poster, postcards, the game’s soundtrack and a steelbook. There’s no pricing information just yet, but it has been confirmed for an ANZ release, so we’ll keep you in the loop. 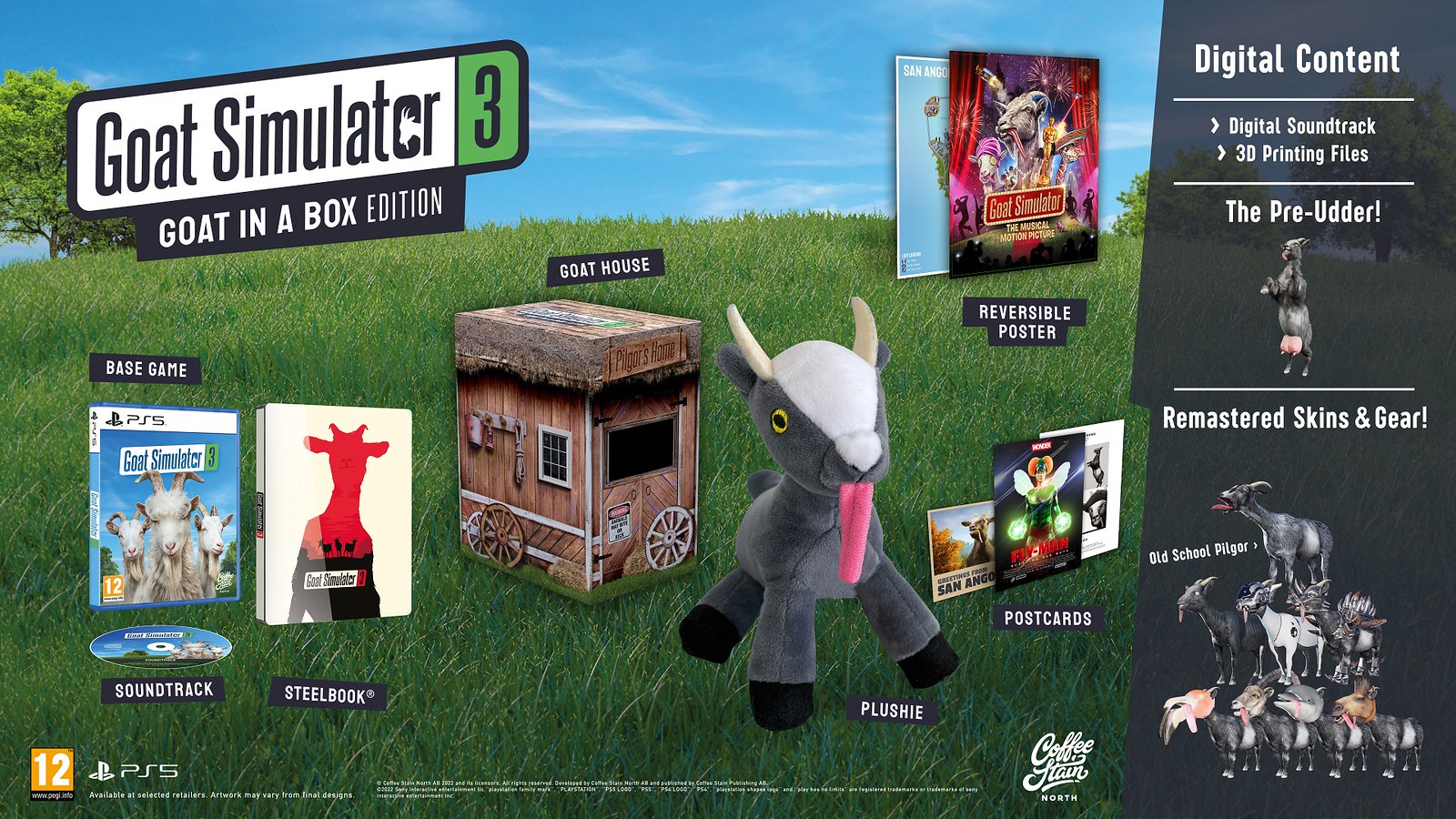 If you’re still left wanting more, a new trailer for the game has dropped alongside the release date, providing a taste of the bleating brilliance to come.

You can watch the new trailer for Goat Simulator 3 here:

Did you play the original Goat Sim? Are you keen for the sequel? Let us know in the comments or on our social media.