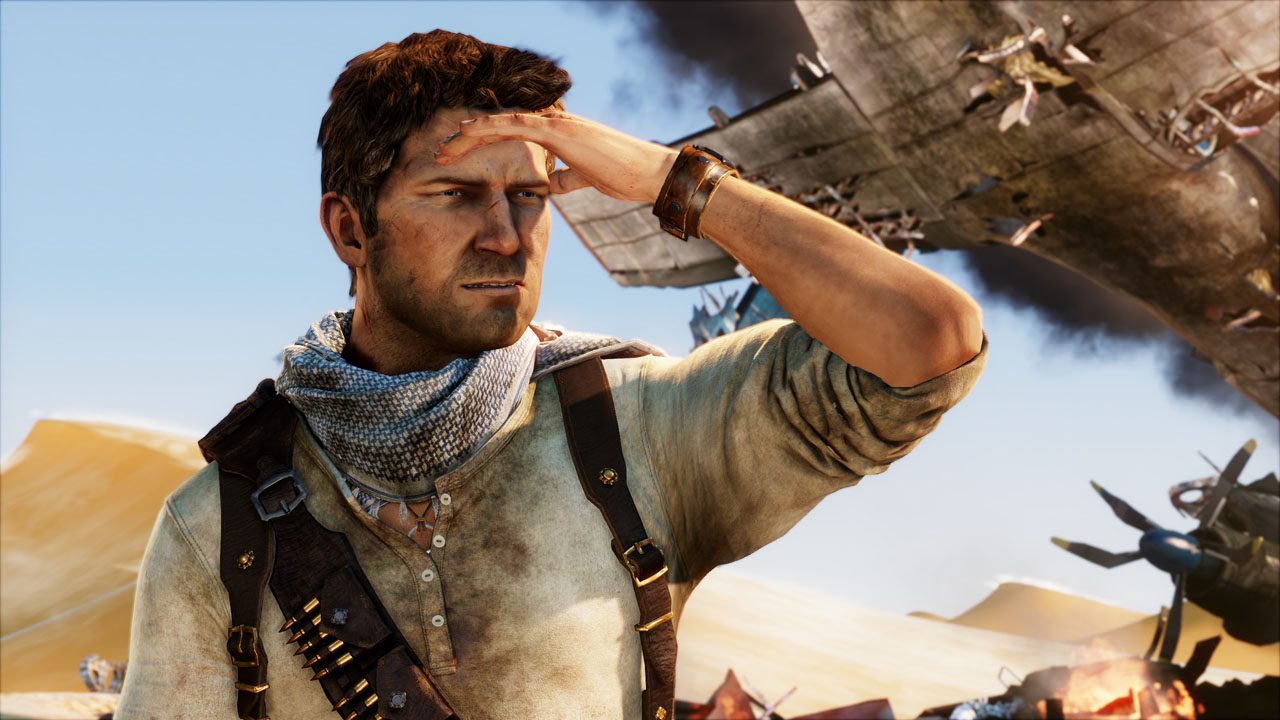 You could be forgiven if you’d forgotten about the movie adaptation of the beloved Uncharted series. Originally scheduled to release back in 2016, the film has seen a bunch of directors come and go, leaving the entire production in turmoil. Luckily though, it seems like Ruben Fleischer, of Venom and Zombieland fame, is here to stay and the movie might actually see the light of day in 2021.

That likelihood of that has seemingly risen further, as the leading lad and notorious accidental leaker Tom Holland has given us our first look at himself in the role of our favourite treasure hunter Nathan Drake. Playing a younger Drake than we’re used to seeing, Holland definitely looks the part and he’s more than proved himself as a capable actor in the past few years as Spider-Man in the MCU.

Rocking the classic off-white shirt, chest holster and cargo pants combo, this is a Nate look that we’re all very accustomed to. The look wouldn’t be complete without the ring of Sir Francis Drake hanging from his neck though would it? Well don’t worry, the iconic bit of jewellery is front and centre. Take a look:

Do you think that Tom Holland will make for a good Nathan Drake? What are your thoughts on this first set photo? Let us know.